Cat-lover Enzo Yaksic was instantly taken by the recently released video game Stray which allowed him to explore a bright, kaleidoscopic underground world of puzzles as a feline avatar.

He was surprised to find that his own cat was just as fascinated.

“My cat, Hobbes, was taken by Stray from the minute I loaded it on the screen. He watches every move the cat makes,” Yaksic said.

Thousands of cat owners have taken to social media to post videos of their pets reacting to the game, and the Twitter account “Cats Watching Stray” now has more than 37,000 followers.

The phenomenon has delighted the developers, who say they had no idea it would spark the craze. 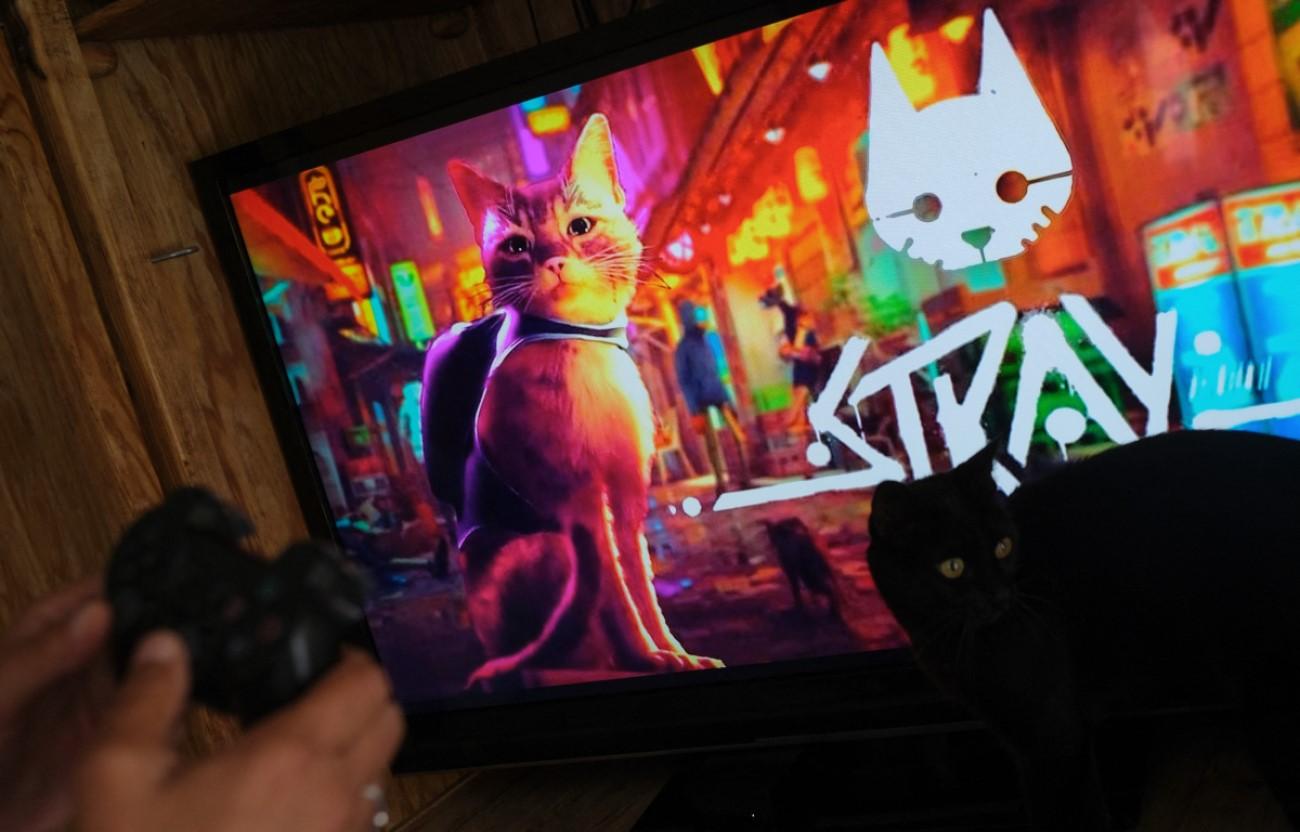 A cat walks by a screen as a person plays the video game ‘Stray’ in Los Angeles, California.

“When the cats in the studio started to react to what was happening on our screens, we thought we were going in the right direction,” Swann Martin-Raget, of the French studio BlueTwelve, told AFP.

“But we never imagined that so many cats would try to jump into the TV.”

Stray is far from the only game to feature an animal as its central figure.

From Dog’s Life and Goat Simulator to the wild wolf in Okami, there are plenty of examples.

But cats have rarely featured – and Stray is proving to be the surprise hit of the year.

The game’s feline protagonist was modelled on Murtaugh, a stray cat adopted by BlueTwelve co-founders, and Oscar, beloved pet of another member of the team.

Many team members own cats, including Martin-Raget whose two housemates are known as Tao and Litchi.

He says creating a realistic animal was a huge challenge, but the team managed to get the computer cat to purr, miaow on demand, curl up for a nap and of course take enormous pleasure in defacing furniture.

“We couldn’t make a cat game without also making a couch for it to scratch its claws,” says Martin-Raget.

“We made this game with a real passion for our companions.”

It is the best-reviewed game of the year on Steam, a platform for downloading games, and enjoys an 83/100 rating on Metacritic.

Some critics have marked it down for its simplistic adventure, but most praise the graphics, the dreamlike atmosphere and the feeling of freedom afforded by the feline protagonist.

And feline reviewers seem to be universally approving.

“Every time I play, the silhouette of his two ears blocks the bottom of the screen,” says Curtis Amrein, from Houston in the US, of his shorthaired companion, 17-year-old Bebe.

Yaksic, a researcher from the US city of Boston, tells AFP that eight-year-old Hobbes reacts to the danger and hides from the bad guys, just like his computer counterpart.

“I do wonder if I am stressing Hobbes out as he does tend to look around thinking there is another cat in the house before he sees the cat from Stray on the screen,” he told AFP.

Animal behaviourist JoAnna Puzzo from the British shelter Battersea Dogs and Cats Home told US website GameSpot the realism of the animated cat was key to sparking reactions among real-world cats.

“They really picked up on a lot of very natural cat behaviours,” she said of the developers, flagging the grooming, squeaking and scratching habits of the virtual animal. 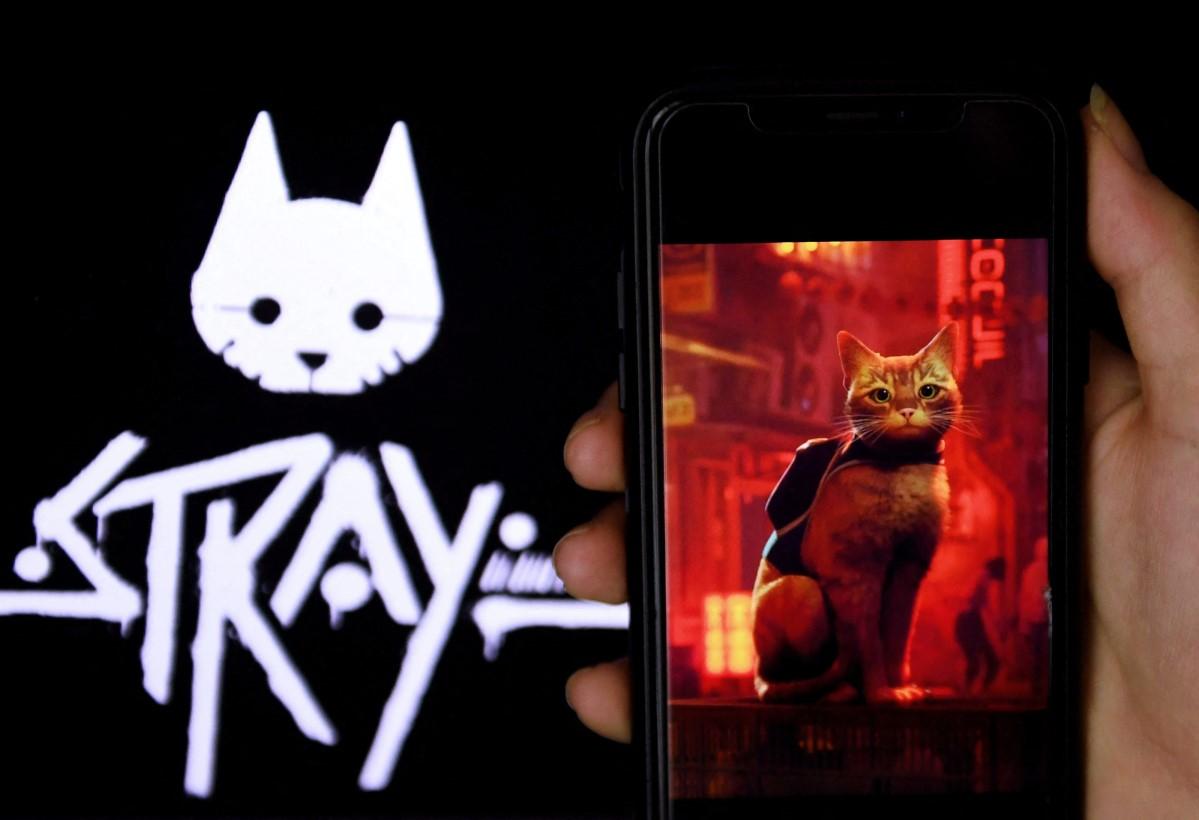 “They’ve also included some nice subtle behaviours like the pupils dilating when he’s quite vigilant, those ears turning and the defensive posturing.”

Another sign of the enthusiasm for Stray is that fans have created “mods” modifications that allow players to change the appearance of the main character.

For a laid-back approach, players can choose to be lasagne-munching cartoon ginger Garfield.

For those seeking maximum sugary sweetness, Marie, the grey-white kitten from Disney’s Aristocats, is also available.

More controversially, enthusiasts have strayed where felines famously fear to tread: the world of dogs, with canine lovers able to transform their avatar into a cute puppy.