A long line of vulnerable people sprawled along the corridors of Mater Dei on Tuesday waiting to get the COVID-19 vaccine.

People who spoke to Times of Malta while waiting for some hundred other people before them to get the jab, said they turned up early “just in case”.

Vulnerable people were not the only ones queuing up on Tuesday morning: others included healthcare professionals such as pharmacists.

One man, whose appointment was for noon, was already in the queue at around 10.50am. Another said he had shown up one hour earlier than his appointment time after hearing about the long queues.

"I figured that's the exact time it will take," he said. "One hour spent in close contact with a multitude of people". 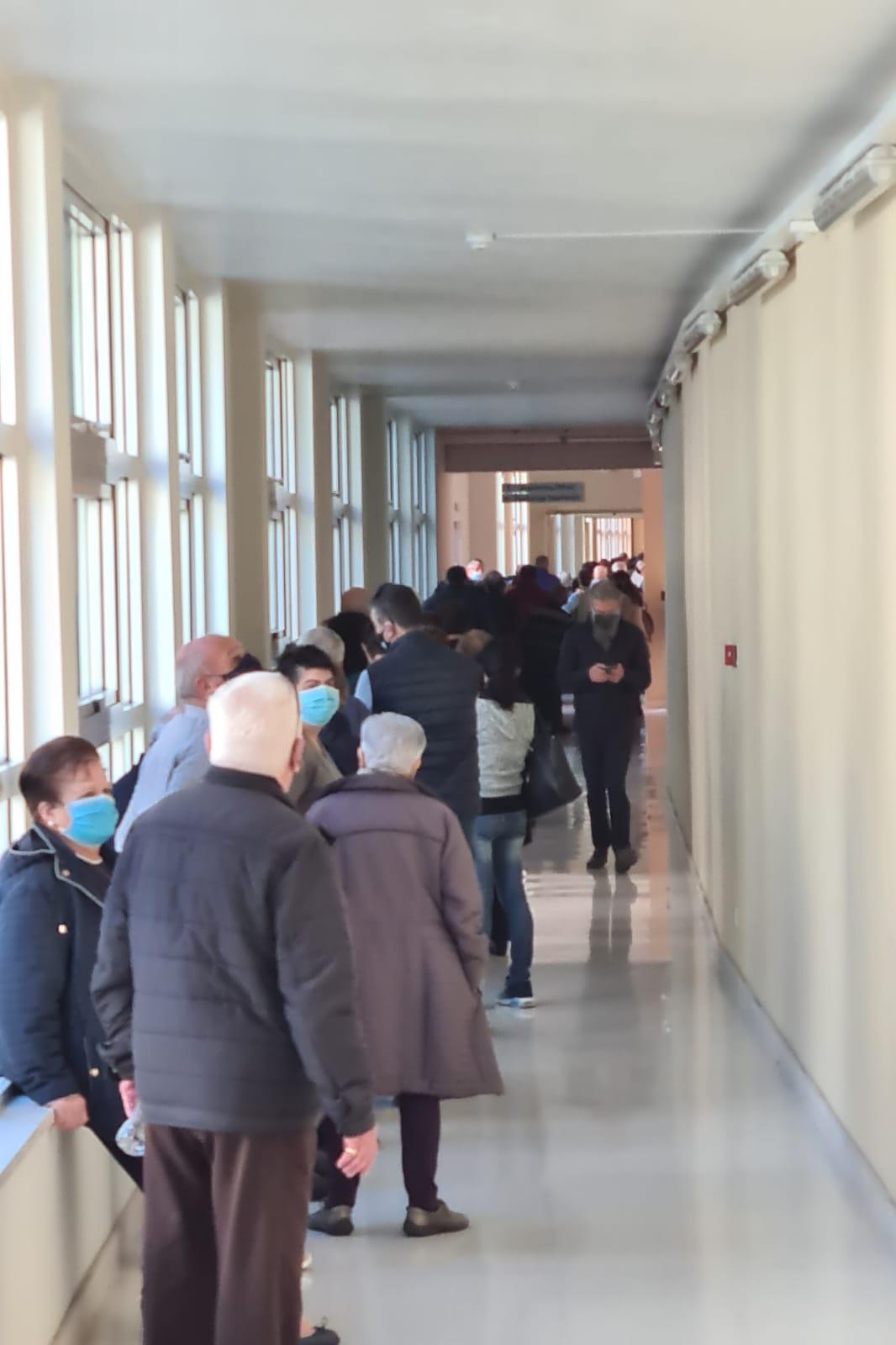 Though security officers could be seen trying to spread people out, urging them to keep social distance from one another, the majority stood close to one another. Very few stood two metres apart as is required by law when in a queue.

A vulnerable person who was at the back of the line and who arrived some five minutes before her appointment complained that it was unfair that those showing up early were allowed in any way.

“This is not the way it should be done. Why are people who have a later appointment ahead of me?” she told Times of Malta. The woman declined to provide her name.

A queue of people waiting for their vaccine snakes down a Mater Dei corridor.

Meanwhile, a security officer manning the line could also be heard complaining about people showing up early for their appointments.

And an elderly lady said she could not bear to stay on her feet for too long and was contemplating leaving.

It remains unclear how many people were given an appointment at the same time.

Vulnerable people and healthcare professionals are currently being vaccinated at Mater Dei, with the first groups called in as from last week.

There are currently just over 30 vaccination centres across Malta and Gozo, with health authorities saying they expect vaccine rollout to accelerate as more doses are made available to the country.

EU member states have set themselves a target of vaccinating at least 70 per cent of their adult populations by the end of summer. Malta is currently administering first doses at a faster rate than other member states, although other non-EU countries such as the UK remain ahead.

In a statement, the Nationalist Party once again appealed to the government to use family doctors and community pharmacies in the vaccination process.

It also appealed for more transparency in the process, even through more efficiency in contact tracing, which it said was currently in a state of collapse.