Following a career spanning 22 years in real estate, prominent realtor Edward Agius, known for his deep roots in the letting industry, took the natural step to join Malta’s largest agency, QuickLets, which has over 300 specialists.

When talking about real estate, especially letting, no brand resonates more than QuickLets which inherently evokes the name Steve Mercieca. This name will now be followed by another well-known evergreen veteran in the field, Agius, who joins the real estate company as head of letting. Jointly and together with all the team at QuickLets, it creates a promise, a progressive and evolving company that has set its life goal to craft the letting industry of the future.

Agius has been associated with real estate for the past two decades and brings to QuickLets the knowledge, drive and enthusiasm for the industry acquired throughout his career in letting in Malta and Gozo. It initially started as an interest but soon developed into something more valuable and stronger. Asked what his passions are, Agius didn’t blink while thinking and had only one word as a reply: property.

He started his journey in real estate as a letting specialist in 1999 with the trepidation one would expect when entering such a fast-paced market. This soon turned into excitement once he closed his first deal, a feeling shared by many other new property specialists.

Agius was the first recruit of a new real estate brand in Malta. One deal turned into hundreds, which shot Edward into the spotlight. His skills were evident from the start and he was soon assigned the role of letting manager, leading letting agents in servicing their best tenants and landlords. His new responsibility proved essential in the company’s growth. This led him on to become head of letting.

“The greatest thing Edward and I have in common is, undoubtedly, a solid love and sense of awe for real estate and top-notch customer service,” Steve Mercieca, co-founder and CEO of QuickLets, says.

“Romantics would even call it a match made in heaven. From day one, when I was venturing out in this career, I have always envisioned a brand that attracts the best the market has to offer, and few can boast a successful career in the letting industry for over 22 years as much as Edward.”

Mercieca co-founded QuickLets in 2013 and together with his team has built a brand that people wanting to rent out their property or find a property to let quickly will turn to. Quick is what QuickLets does. The vast network of QuickLets offers the ability to fill up empty properties the same day they become empty.

Asked about why he chose to join QuickLets, Agius said with a chuckle that he used to his advantage the company’s slogan: “With the largest database on the island, you only need one agency.”

This is not only a nice-to-have statement. QuickLets lives up to its reputation by offering its clients over 50,000 listings entrusted to them by over 20,000 property owners; figures that, even collectively, other estate agencies cannot sum up easily. 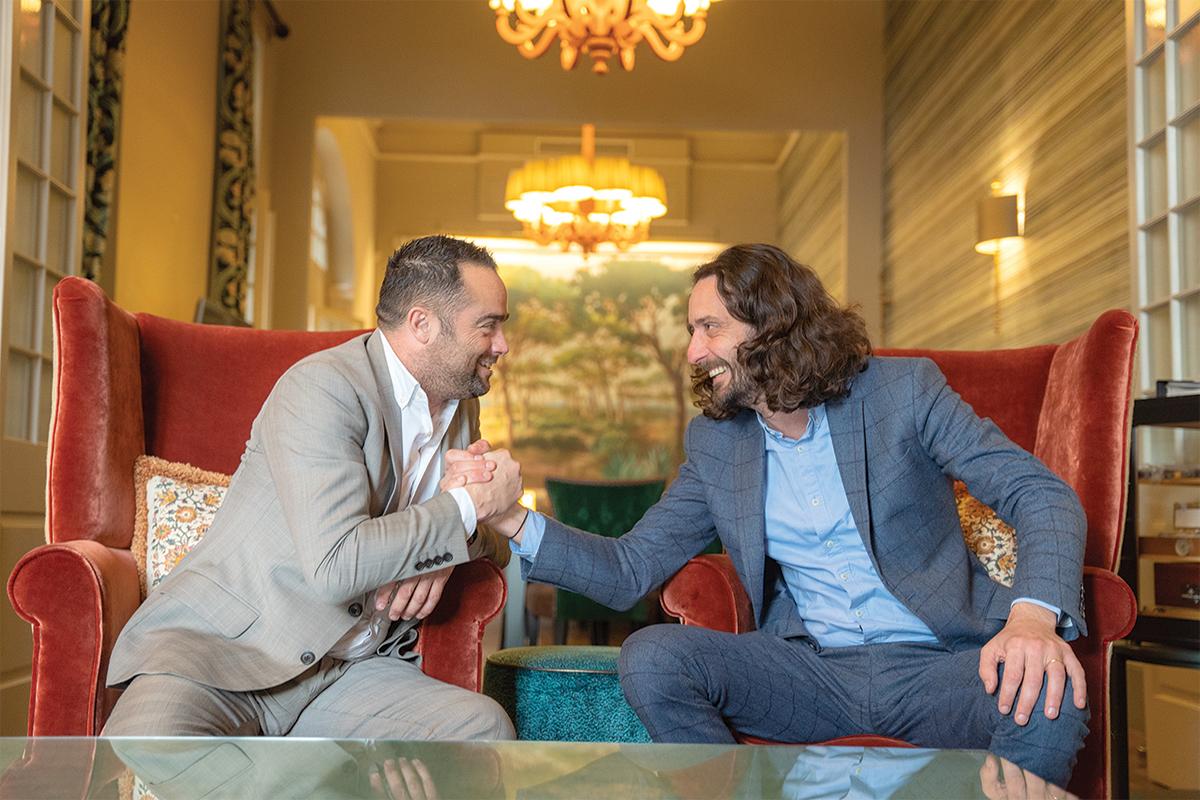 “Effectively, after so many rewarding years in real estate, despite numerous offers, anyone truly wanting to make a big splash in the letting industry would choose QuickLets,” Agius remarks.

Supporting his journey with QuickLets, Agius will be working alongside one of the brand’s first franchise owners, Marc Zammit Lupi, as brand manager.

QuickLets is also the first Maltese real estate company to open an office internationally in Cyprus.

However, it is not all just about real estate in QuickLets. The largest letting agency on the island has a strong social heart which is demonstrated through the achievements of its QLZH Foundation. Testament to its desire to create a more enriching world, not just in the real estate industry but in all that surrounds it locally and abroad, QuickLets pledged to sponsor the education of a child in Ghana for every property leased out in Malta.

When supporting the future of children, one finds it difficult to set a limit, so when quoting over 6,000 in the last four years, QuickLets explains that this figure does not reflect the number of units rented out.

Together with this, QuickLets and the QLZH Foundation, as well as their sister brands Zanzi Homes and QLC, have nearly propagated nearly 25,000 trees as well as organised over 50 clean-ups, which included the clearing of patches of ocean and its surrounding beaches and extracting tons of junk. Surfacing from the ocean bed and disposing of a car together with all its hazardous material is likely to be one of the clean-ups’ most fulfilling accomplishments. The contribution and consistent work of the foundation can be appreciated on www.qlzhfoundation.com.

As part of its growth and specialisation strategy, after mastering effective and efficient renting residential properties, QuickLets responded to the market’s need of a focused service for the leasing of commercial units and gave birth to a dedicated brand which has made strides since its inception. QLC, commercial real estate, headed by Michael Paris, delivers an individualised service for anyone looking to rent out commercial properties, including offices, restaurants, retail shops, child care centres, gyms and more, through www.qlc.com.mt.

“We are committed to contributing to the letting industry in ways and magnitudes which haven’t been experienced before. We dream, we believe and we achieve. We are here to innovate and create a purposeful work environment for our current and future letting specialists which are the driving force we offer property owners and tenants to let properties quickly. My main role will be to bring in more business, in forms of more franchises and higher-end rentals, as well as train and coach new and existing specialists to help and guide them to perform at the best possible version of themselves. With what I’ve seen so far, I have no doubt in my mind that we can take QuickLets to the next level. The team is great, hard-working and consistent,” Agius says.

“The technology they have is mind-blowing and the training programmes set up will continue to attract new talents to join this mammoth of a brand. Work with QuickLets.”

To join the team as franchise owner, manager or property letting specialist, call Edward on +356 9942 5088 or e-mail him at edwardagius@quicklets.com.mt.