Over the years little has been written about works specific to Roman architecture in Malta. This is explored in Heritage Malta’s lavishly illustrated monograph, Roman Architecture in Malta, written by senior curator David Cardona following countless hours of research.

The marble for Grand Master Caraffa’s impressive coat-of-arms atop the monumental façade of the Auberge d’Italie in Valletta has an interesting provenance. According to the archaeologist Antonio Annetto Caruana, the Proconnesian marble was pilfered and then upcycled from a Roman temple dedicated to Prosperina, which once stood on Mtarfa ridge across from the Roman city of Melite.

To the scholar of architecture and archaeology, buildings are not just structures but also repositories of information. Heritage Malta’s lavishly illustrated monograph on Roman Architecture in Malta, written by senior curator David Cardona distills countless hours of research in a highly engaging and easily digestible format for both the layman and the archaeology buff.

What did the ancient temple of Ashtarte at Tas-Silġ really look like? Which strategic promontory on Malta featured a temple to Herakles, and what was the function of each of the exquisitely mosaic-floored rooms in the Domvs Romana? Furthermore, what can the decoration of these structures tell us about the lifestyle, ideas, and beliefs of the people who made use of them? 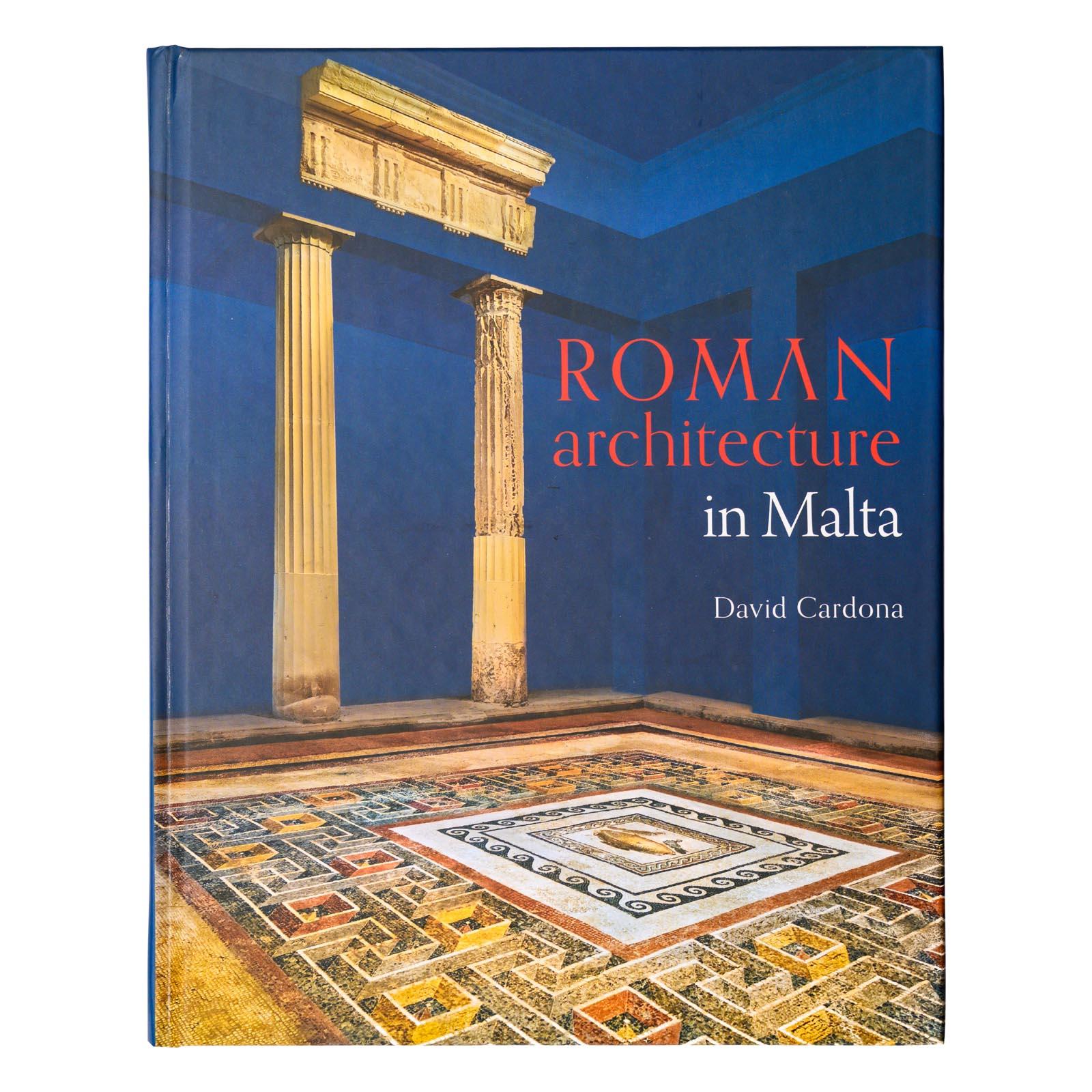 The colourful reconstructions, maps, geographical index, diagrams, and images make it easy for the general public to understand Roman architecture within the context of its history and culture. Building upon the research of Caruana, Sir Temi Zammit, Professor Anthony Bonanno, the late Antonio Caselli and excavations conducted by teams of local and foreign archaeologists, Cardona pieces together fragments of entablatures, columns, cornices, capitals and other architectural elements to recreate a thorough overview of Roman architecture in Malta.

By placing these artefacts in their immediate contexts and using his insight of the ancient Roman architect and engineer Vitruvius’ writing, the author also tries, whenever possible, to reconstruct the elevation of the buildings they belong to.

The monograph, a journey of nine years in the making, is an adaptation of Cardona’s Masters’ research on the architectural decoration of Roman buildings in Malta.

“Although Roman Malta has been tackled by numerous authors and researchers at least since the 17th century, works specific to Roman architecture, on the other hand, were virtually non-existent,” Cardona states. One of the main challenges Cardona encountered in writing the book “was selecting the elements in my MA research that would be the most engaging and less technical for a general audience.”

A panoramic photo of Tas-Silġ.

The lustrous, hardback tome is supplemented by a full glossary of terms related to Roman architecture, as well as numerous information boxes that give further insight on particular subjects such as the five orders of Roman architecture and the Pompeian styles of Roman wall painting. The layout, design, and most of the photography are the work of renowned photographer and book designer Daniel Cilia, whose love and passion for archaeology shines through.

A new hypothesis Cardona puts forward in the monograph is a rethink of how people used the known rooms of the Domvs Romana. This is not an entirely new proposition, but builds on previous research to develop a theory that includes a working hypothesis on a number of rooms, the location, and use of which has always baffled scholars.

“Once I start writing, I often can’t stop!” says Cardona. Given that no archaeological research is final, this bodes well for a second edition of Roman Architecture in Malta. “You propose new theories and new findings in the hope that this can entice further research, which in turn provides new information,” he concludes. •

Roman Architecture in Malta can be purchased from the Heritage Malta museum and site shops and on heritagemalta.org/shop/roman-architecture-in-malta-hardback/