New COVID-19 cases reached a national high on Friday, with 258 people testing positive for the virus between Thursday and Friday.

The previous record was more than a month ago, on January 9, when 245 new cases were recorded after Christmas and New Year festivities.

Another two people died overnight, bringing the number of victims up to 313, data released by health authorities showed.

The latest victims are an 83-year-old woman and a 76-year-old man. Both died at Mater Dei Hospital.

A total of 3,640 swab tests were carried out over the past 24 hours, resulting in the positivity rate shooting up to 7.09%.

According to statistics kept by the European Centre for Disease Prevention and Control, updated on Thursday, Malta is now seventh on its weekly list for the highest number of new cases over a two-week period.

Health Minister Chris Fearne has attributed the high number of cases to changes in testing methodology, families not respecting social distancing rules and a more contagious UK variant of the virus.

Doctors on Thursday criticised plans to ease some COVID-19 restrictions and warned that Mater Dei hospital will "soon be unable to cope" with the number of patients with the virus.

On Thursday, Malta recorded the death of its youngest victim so far, 30-year-old Christine Said. 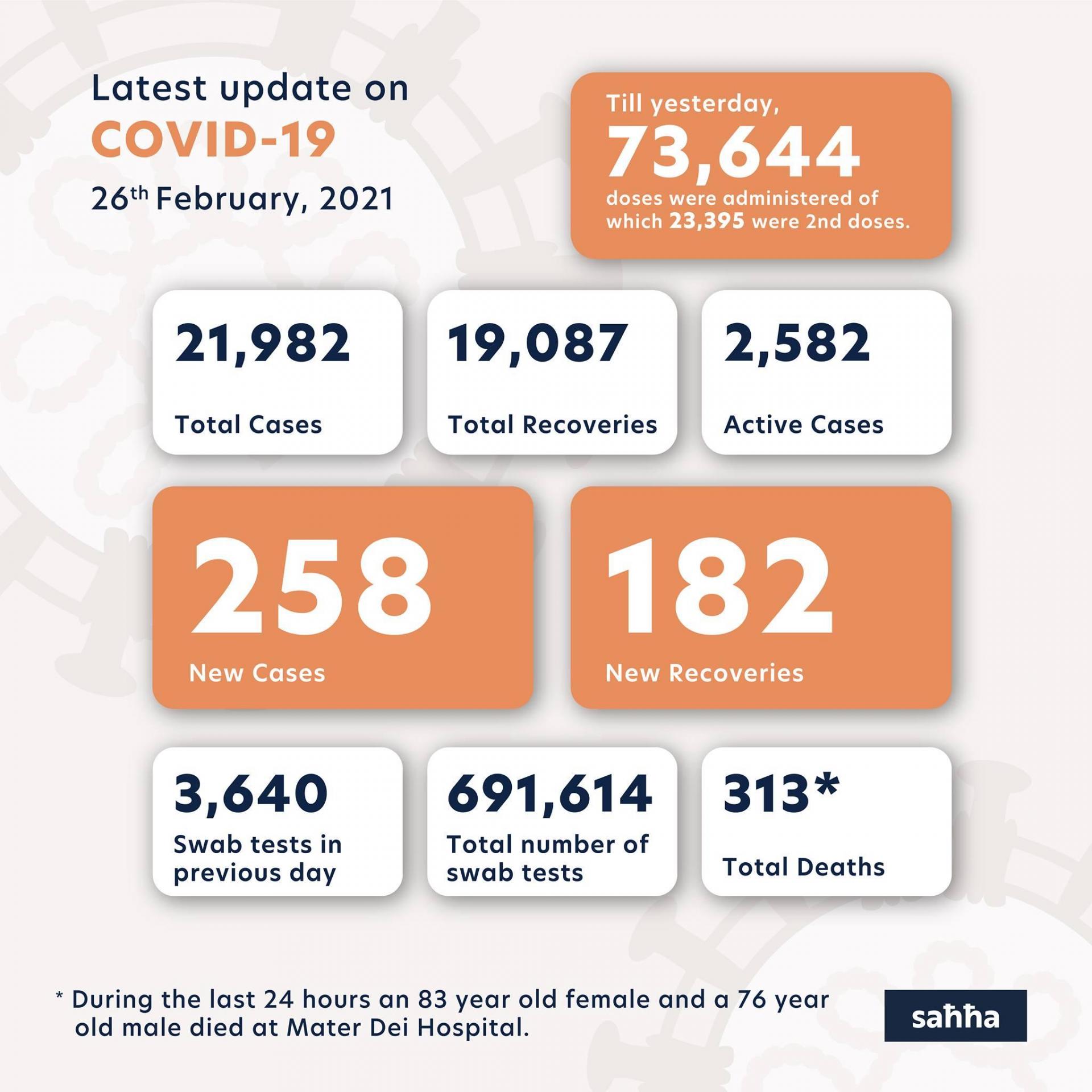 According to public health data published on Facebook, a further 182 people recovered between Thursday and Friday, meaning Malta now has 2,582 active cases.

Superintendent of Health Charmaine Gauci is currently addressing the media on the latest cases.