A 'record' 54 new COVID-19 cases in the community have been recorded overnight.

They bring the total number of cases found in Malta since the start of the pandemic in March to 1,089. 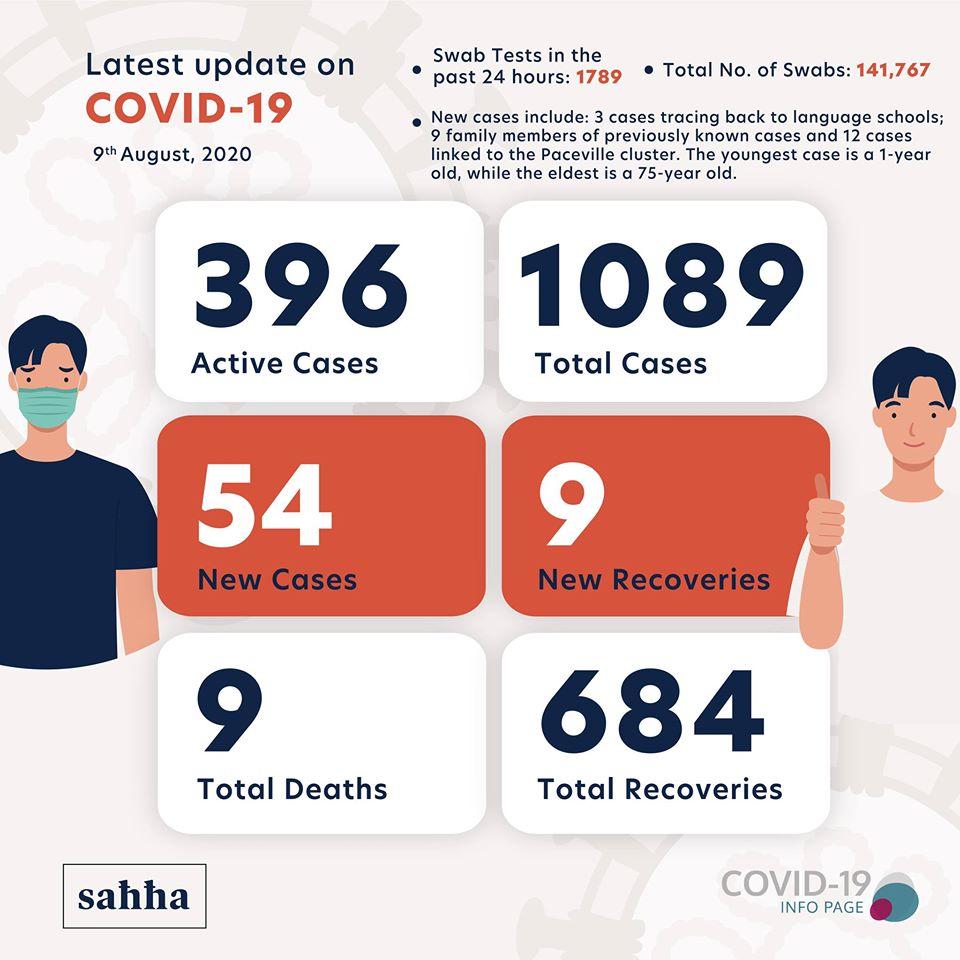 The number was only surpassed on July 29 when 78 cases were recorded. That had, however, included 66 newly arrived migrants.

Malta has now had 11 consecutive days in which the number of newly detected cases has reached into double-digits.

* three tracing back to a language school

* 12 cases linked to the Paceville cluster.

The rest of the cases are sporadic.

The youngest case is a one-year-old while the eldest is a 75-year-old.