The first self-portrait painted by Francisco Goya will be exhibited at the Italian Cultural Institute at a symposium being held today at 6.30pm. 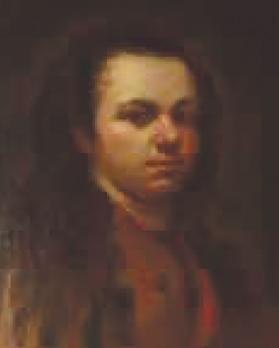 The great masterpiece, executed in Italy by Goya in 1771, was attributed to the artist in the past but was only recently rediscovered following the removal of heavy retouching applied during the 19th and 20th centuries aimed at making the image appear ‘gentler and embellished’, but which actually made it look more like a fake.

In light of this, the portrait was unfairly neglected by critics. In fact, after being exhibited across the US until 1962 it was subsequently ignored by subsequent exhibitions on Goya, including Spanish ones, as well as in recent monographs on Goya, where it was only quoted without publishing any image.

In two Sotheby’s auctions in 1986 and 2008 the portrait was presented as a painting by a follower of Goya. It was subsequently bought by an Italian collector, who realised the artwork’s potential, and after it was scientifically analysed under well-known Florentine Master restorer Leonetto Giovannini, the retouching on the artwork was removed.

The symposium, which will be conducted in Italian, will be held at the Italian Cultural Institute, St George’s Square, Valletta, starting at 6.30pm. It will be addressed among others by Fr Marius Zerafa, former director of the National Museums Department, Prof. Paolo Erasmo Mangiante from the University of Genoa, Roberta Lapucci from SACI, an American university in Florence, and Joan Abellò Jampere from the Università Pompeu Fabra, Barcelona, Spain. It will be followed by a buffet at 9pm. Admission is free but those attending are asked to register by sending an e-mail to segreteria.iiclavalletta@esteri.it.