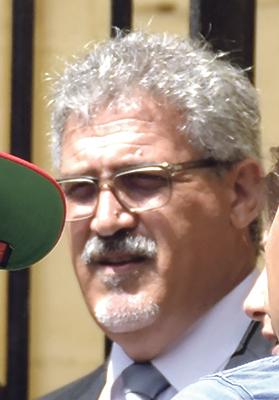 A court expert with a criminal record has been appointed to investigate the communications and IT data of slain journalist Daphne Caruana Galizia, despite a previous ruling that clearly signalled he should not be used anymore.

Martin Bajada, who was once found guilty of theft and falsification of documents in the UK, was given the sensitive job by inquiring Magistrate Anthony Vella.

Last year, the Court of Appeals upheld a request by two individuals contesting Mr Bajada’s report as a court expert.

Chief Justice Silvio Camilleri, Mr Justice Giannino Caruana Demajo and Mr Justice Noel Cuschieri ruled that it was not only in the interest of those making the claim but also “in the general interest of the administration of justice” that Dr Bajada’s expert report should be removed from the records of the case and not given any weight. “Justice should not only be done but should manifestly and undoubtedly be seen to be done,” the court had ruled.

READ: Court snubs expert...and opens a can of worms

Following this decision, the Chief Justice told this newspaper that although the other members of the judiciary enjoy full discretion when appointing court experts, the Appeals Court judgment on one such specialist (Dr Bajada) who had a criminal record should serve as “sufficient guidance”.

“The Court of Appeals’ judgment is, of itself, sufficient guidance to the members of the judiciary on the matter at issue,” he said.

Top legal experts, including the Dean of the Faculty of Laws Kevin Aquilina and Judge Giovanni Bonello, had said they expected all members of the judiciary to respect this judgment and not appoint Dr Bajada any longer.

However, his newspaper is informed that several magistrates have gone on to ignore Dr Camilleri’s guidance.

The courts have a choice of IT experts to call on in magisterial inquiries.

Asked yesterday to confirm the appointment of Dr Bajada and whether it was deemed acceptable in view of the appeals court guidelines, Dr Camilleri said the proceedings of a magisterial inquiry are covered by confidentiality.

“Therefore I am not in a position to confirm or deny your allegation that the magistrate in the inquiry to which you refer has asked Dr Martin Bajada to act as an expert,” Dr Camilleri said. Magistrate Vella did not wish to comment.

According to documents exhibited in court, in 1993 Dr Bajada pleaded guilty before the Kingston-upon-Thames Crown Court of the UK to 10 counts of theft and was handed a two-year suspended sentence. The documents show that Dr Bajada, at the time an Air Malta employee, had stolen the equivalent of €59,329.

The Chamber of Advocates had called for a total revamp on how court experts are appointed, dubbing the current system “a racket”, where what mattered was how friendly experts were with magistrates and police inspectors.