A researcher has found remains of a Hawker Hurricane in a field in Mellieħa 75 years after it crashed during World War II.

UK-based historian Jeffrey Sammut was researching the crash after he came across a document with details of the compensation that was to be offered to farmers whose fields were destroyed in the incident.

The estimate for damages? Just over £4.

Mr Sammut carried out extensive interviews with people in the area, even some who were close by when the plane went down.

After identifying the field where the crash took place, in April this year Mr Sammut got lucky. He had been sceptical at first, thinking all he would come across were rusty pipes. 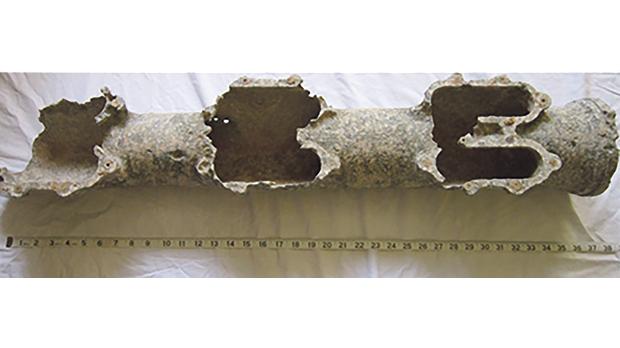 The intake manifold from a Merlin engine belonging to the Hurricane Hawker, which crashed on April 25, 1942.

But then he stumbled on a metal part. “A glance was enough to show that this could have been a part of the Hurricane”.

His suspicion was proved right. “The Malta Aviation Museum confirmed it was an intake manifold from a Merlin engine. Both Hurricanes and Spitfires had Rolls-Royce Merlin engines. Despite the 75 years which had passed, a part of the airplane had survived on site,” Mr Sammut said.

A further search in the field revealed many small pieces of aluminium and cast iron.

“These were found in the soil and in the rubble walls. An interesting find was a piece of cast iron with the letters RA... and below, RR – Rolls-Royce. It was part of the engine casing.”

The Hawker Hurricane crashed into the field at Qammieħ seven-and-a-half decades ago, on April 25, 1942, at the height of the war. 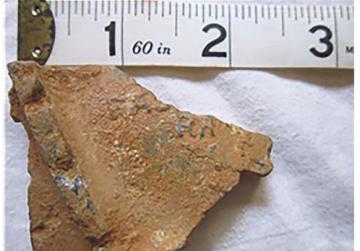 A fragment of the engine casing showing the letters RR, which stand for Rolls-Royce.

The Hawker Hurricane was a British single-seat fighter plane built for the Royal Air Force and was used predominantly during World War II.

Over 14,500 such planes were built, each equipped with a Rolls-Royce Merlin engine.

Asked how pieces of the plane could have remained at the site for so long, Mr Sammut said that soon after the crash, the British forces had only taken away the dead pilot.

A few years later, the bulk of the aircraft was removed from the area, and over the years, farmers would unearth pieces of aluminium and cast iron, only to throw them away again in the rubble walls.