Built to celebrate both the Renault 5 Turbo and Turbo 2, the Turbo 3E features the number ‘3’ because it follows on from the Turbo 2, while ‘E’ stands for electric.

Forming part of the ‘electric rebirth’ of the Renault 5, the R5 Turbo 3E has been designed around performance and track driving with a fully-electric, rear-wheel-drive layout bringing 374bhp and 700Nm of torque. As with the original, the R5 Turbo 3E is a strict two-seater, with a pair of electric motors mounted at the rear of the car. The batteries are in the middle, under the floor.

Built around a tubular chassis, the R5 Turbo 3E can go from 0-60mph in under 3.5 seconds and top out at 124mph. With a 42kWh battery, it’s expected to manage around 200 miles per charge – though Renault has yet to announce any official range figures. It can, however, achieve a full charge in two hours via a rapid charger. 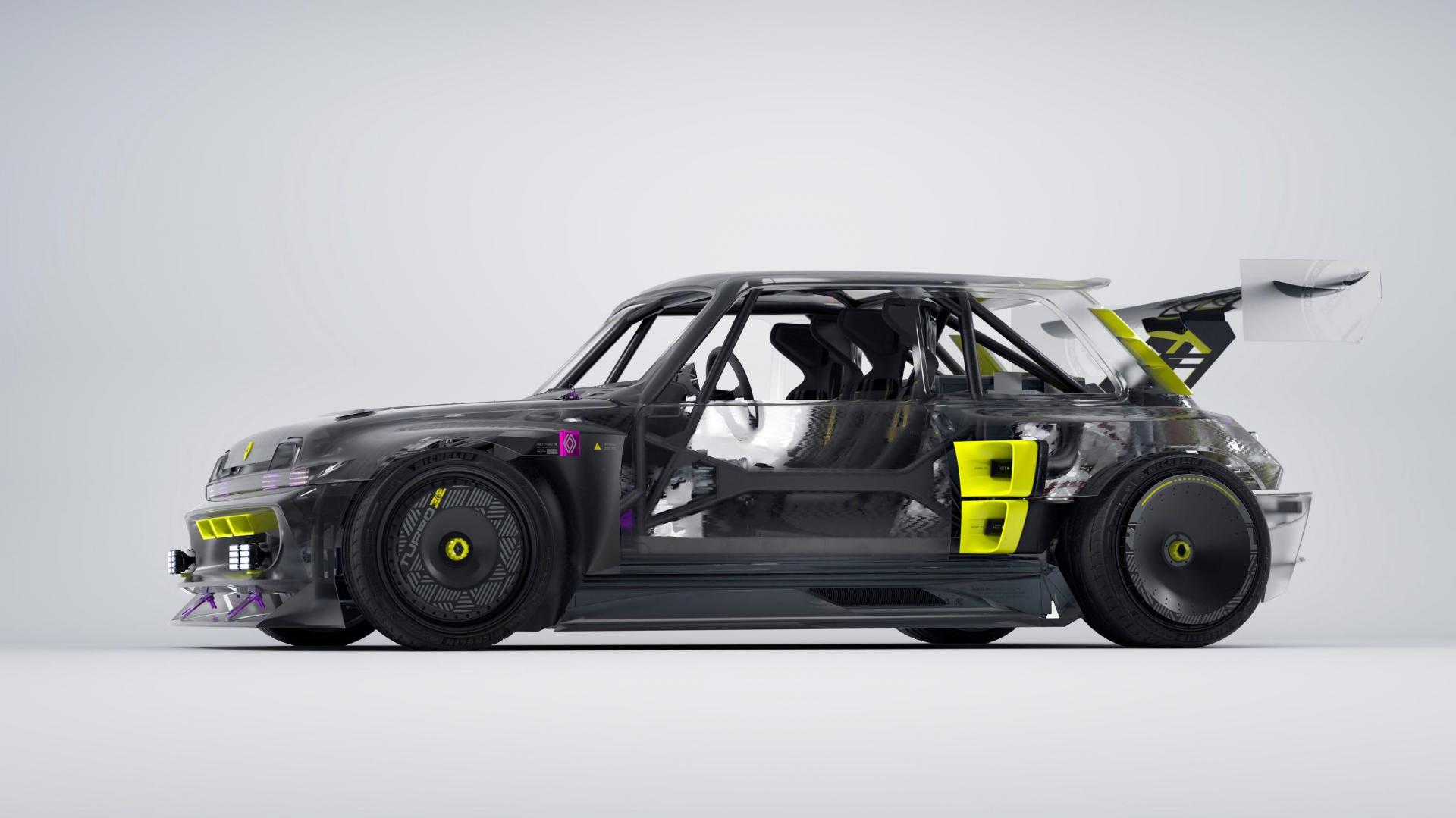 The R5 Turbo 3E is also kitted out with over 10 mounting brackets for cameras both inside and outside the vehicle, so drivers can capture their highlights when on the move.

The bonnet, doors and cockpit have all been designed to mimic those of the original, but the body is now made from lightweight carbon fibre to reduce weight. Measuring in at 2.02 metres wide – 25cm more than its predecessor – the R5 Turbo 3E is also four metres long and 1.32 metres high. A huge rear spoiler helps to generate downforce when travelling at speed. The air inlet on the bonnet which has been designed to mirror that on the Turbo 2 actually houses the battery charging socket.

The R5 Turbo 3E will go on public display for the first time at the Chantilly Arts and Elegance contest on September 25, before going on the stand at the Paris Motor Show on October 17.