Acclaimed Russian director Kirill Serebrennikov, who was at the centre of a fraud scandal last year, confirmed Tuesday that Moscow officials had ended his term leading a top theatre.

The development comes months after the outspoken stage and film director was given a three-year suspended sentence following an embezzlement conviction his supporters denounced as politically motivated.

Serebrennikov, 51, posted on his Instagram account a copy of a letter he received from the Moscow city cultural department notifying him that his contract at the Gogol Centre, which expires February 25, would not be renewed.

"The Gogol Centre as a theatre and as an idea will live on," Serebrennikov wrote in an accompanying caption. 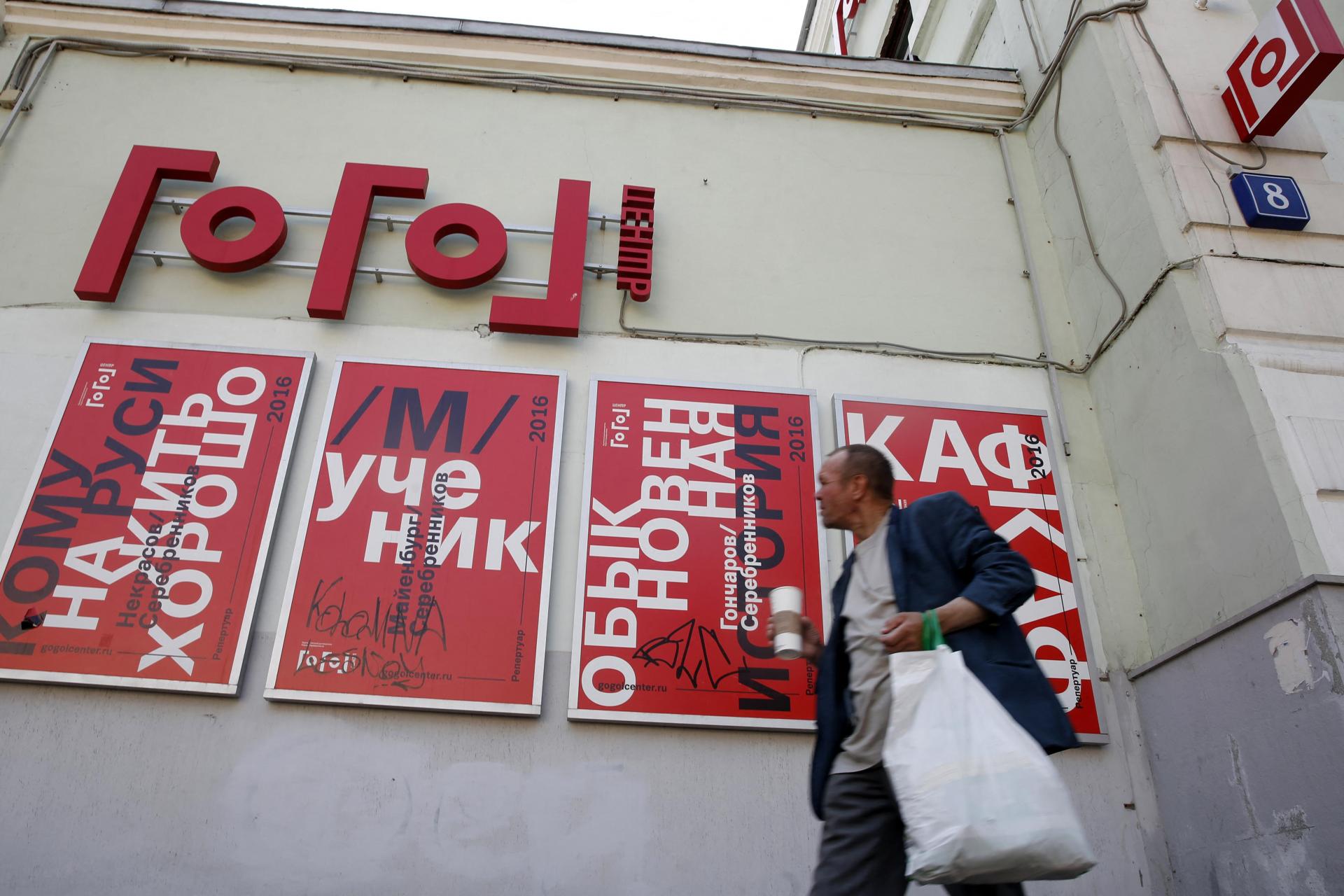 A man walks past the Gogol Centre theatre in Moscow on August 22, 2017. Photo: Maxim Zmeyev/AFP

"Do not be discouraged. In despondency there is neither life nor freedom," he added, nearly a week after reports of his departure first surfaced in Russian news agencies.

One of Russia's most acclaimed directors, Serebrennikov rebranded the Gogol Centre in 2014 from a fading venue to a leading location on Moscow's cultural map, attracting the ire of traditionalists.

He was arrested in 2017 and charged with misappropriating the equivalent of two million dollars in state funds meant for a theatrical project.

A judge found him guilty in June last year and ruled that his "rehabilitation" was possible with a fine, three-year probation and a ban on overseeing cultural organisations.

Serebrennikov's case was criticised both in Russia and abroad as stifling artistic freedom, with figures including Cate Blanchett and Ian McKellen speaking out in his defence.

On Tuesday, Russian President Vladimir Putin's spokesman Dmitry Peskov said the Kremlin had nothing to do with Serebrennikov's departure from the Gogol Centre.