A rescue vessel that had been held at Malta since July finally set sail on Saturday, after being let go by the authorities.

The Maltese government had stopped migrant sea rescue ships from entering or leaving local ports early summer. The decision was prompted by investigations against the captain of another Dutch-flagged rescue ship, the MV Lifeline, due to potential issues with Lifeline’s registration. 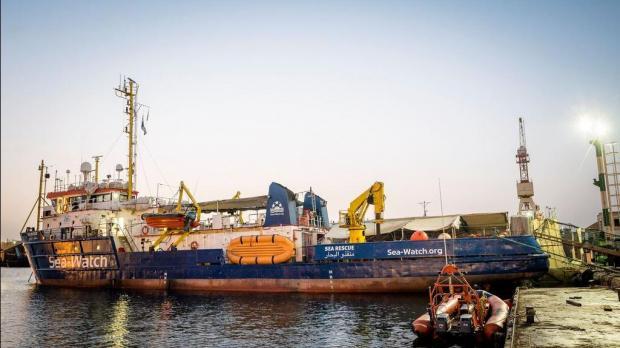 The Sea-Watch 3 had been in Malta since July. Photo: Sea-Watch

After 115 days at Malta, the Sea-Watch received clearance to leave the country to be repaired in Spain.

The Sea-Watch had insisted it was being delayed to leave as part of a political game. Authorities, however, insisted there were issues with the vessels’ paperwork.

"We are ready to return to sea. We will not stop. This is not a challenge to politicians, but an act of civil responsibility towards defending a fundamental value- the right to life," a spokeswoman said.

The NGO had taken issue with the fact the vessel could not leave the country, noting it could not continue with its mission to rescue people’s lives at sea.

"More than 500 people have drowned in the Mediterranean since the ship was stuck in the port and countless more have disappeared in international waters," Johannes Bayer, Sea-Watch president said.

While the ship was at Malta, the Sea-Watch 3 deployed a new migrant rescue vessel, the Mare Jonio. Run by Sea-Watch and the Spanish Proactiva Open Arms’ Astral, the ship continued patrolling search and rescue zones while other vessels were detained.

Two rescue vessels remain detained in Malta – a move that has been criticised as 'morally and legally questionable' by a German Social democratic delegation. The Council of Europe's Human Rights Commissioner said the move raised serious doubts about the State’s abidance to human rights obligations".

NGO Lifeline said: "We are very happy to see the Sea-Watch 3 sail again, but more work is needed to address the criminalisation of life-saving NGOs." It said two search and rescue NGOs continue to be held by Maltese authorities.

The Sea-Watch 3 had been in Malta since July. Video: Sea-Watch