A humanitarian vessel with 64 migrants on board is heading to Malta after it was rebuffed by Italy in what appears to be another protracted migrant saga in the making.

The vessel Alan Kurdi is now on its way to Malta as it is the next safe harbour and the ship will need weather protection, the NGO Sea-Eye said in a statement.

"We are very worried about the weather. Some of those rescued are sleeping on deck. We will follow the instructions of the Maltese authorities not to sail into Maltese waters without permission. But we cannot sustain this situation for many days and will quickly need drinking water and food," Sea-Eye Gorden Isler told Times of Malta.

Two children and 12 women are on board, including two who are pregnant.

"We hope your Prime Minister will help us. The year is still young and there is enough time to argue with other politicians for more far-reaching solutions. But for the moment 64 people need help, urgently." 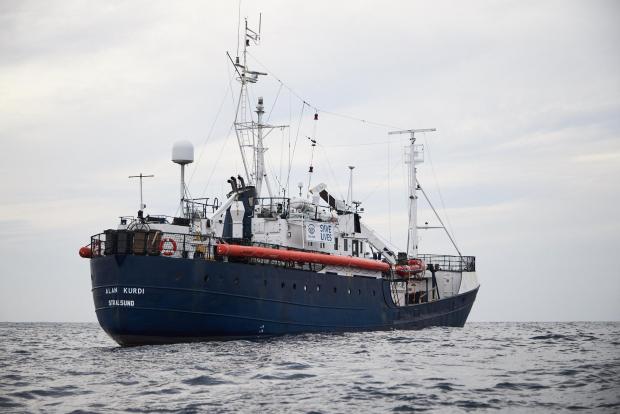 A government spokesman told Times of Malta the vessel was now located around 30 miles off Malta after it was refused to dock on the island between Friday and Saturday.

"We are monitoring the situation," the spokesman said.

Sea-Eye is one of the few NGOs still operating in the Mediterranean amid an clampdown against humanitarian organisations.

Both Italy and Malta have refused it a safe harbour, leaving the migrants sleeping in cramped conditions on deck as a storm approached.

On Friday afternoon Italy finally agreed to evacuate two children with their mothers for humanitarian reasons, sparking protests from Sea-Eye.

"To separate mothers and children from their fathers without a proper reason is active family separation and emotional torture," said spokesman Gorden Isler.

Sea-Eye said the experience with the Italian government so far showed there was no trust nor confidence in a quick, responsible and humanitarian solution.

"It is all about the safety of the rescued people. Because they are human beings and that alone is enough to grant them the same human rights that we claim for ourselves," Mr Isler said.

"Matteo Salvini not only humiliated the rescued. He instrumentalises everything and everyone to derive the greatest possible political benefits from this situation for himself. The many Italian hate mails that have reached us in the last two days show that he is successful," Mr Isler said.

The 64 rescued & the crew on the #AlanKurdi are waiting for a political solution & a port of safety to disembark.
The 50ppl in distress who called the #Alarmphone 5 days ago are still missing. In the meantime conflicts within #Libya further escalate.
The #EU is entirely absent.