Rescuers of the Civil Protection Department on Sunday rescued a woman who fell half way down a cliff face, and a man who got trapped while trying to rescue her.

The incident happened in the afternoon at Anchor Bay, near Popeye Village at about 4pm.

Rescuers from the Xemxija Fire Station found that an Italian woman fell some seven metres down the cliff face when she moved back while posing for a photo. Her partner tried to rescue her and ended up in the same situation.

The rescuers abseiled down the cliff face and assisted the two down the rest of the cliff to safety.

The two were checked by a medical team from Mater Dei Hospital. 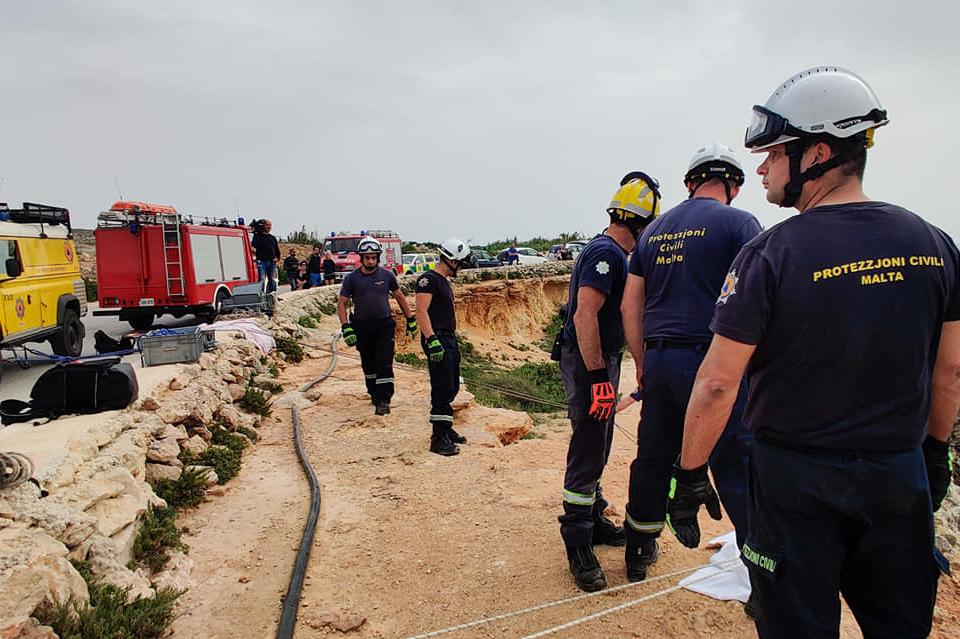