Swieqi residents are at their wits’ end as they face piles of garbage outside short-let apartments and night disturbances, while solutions to these long-standing problems fall on deaf ears, according to the mayor.

The mushrooming of short-let flats in the locality has caused a major headache as several bags of rubbish are deposited on the pavements at any time on any day, whenever these are cleaned for quick changeovers, said Noel Muscat.

He has been inundated with calls, photos and complaints by residents who are “losing it”.

They are “so fed up that they are not reasoning any more”, said the exasperated mayor, adding they have reached “the point of enormous frustration where they are no longer up for discussing and just tell me to do something about it”. 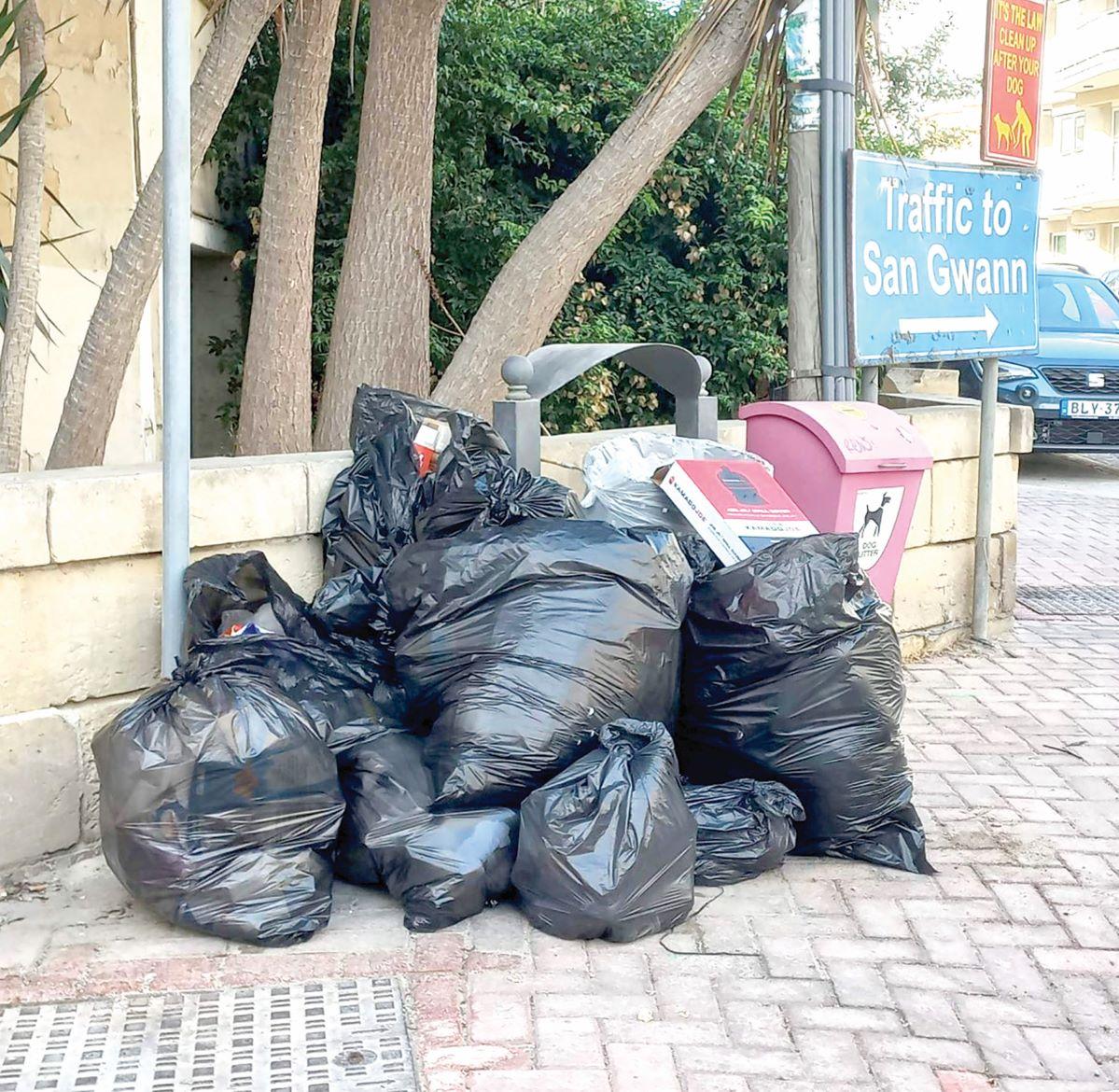 Bags of rubbish are deposited on Swieqi pavements.

Muscat said they are now turning their guns on the “helpless” local council, which, in turn, claimed it needed the government’s intervention.

Maintaining it all stemmed from the general lack of enforcement and discipline in the country, which had reached rock bottom, Muscat pointed fingers at a government he said has never governed.

The local council did not have the resources to deal with these issues and the problem was that its concerns were being ignored by the government, he continued.

Requests to meet the relevant ministers have been passed onto their assistants and feedback to detailed reports was not forthcoming, Muscat said, adding this was unprecedented.

The lack of action and enforcement has become unbearable, he said.

It was a case of “management by crisis” in what is supposed to be a residential area, Muscat said, adding the Swieqi local council had been voicing concerns and proposing solutions about the garbage situation and night disturbance for years.

When the council was the first to introduce organic waste separation in 2016, it immediately noted the problem with the short-let flats.

Since the black bags stopped being collected every day, they would be noted piling up outside these blocks as cleaners took them out whenever they were called in for a changeover.

Over six garbage bags could emerge from one single apartment when cleaning it, Muscat said, acknowledging that the holidaying short-let tenants did not recycle their waste and that the problem existed wherever there was this form of tourism.

Among the solutions that had immediately been floated with then tourism minister Edward Zammit Lewis, the council had called for making the landlords and flat administrators responsible.

Their names would also be visible at the entrance to their blocks, with a dedicated letterbox for direct communication purposes, while cameras should be introduced if they could not identify the cause.

“They have the licence to operate but they live comfortably elsewhere,” Muscat said of the owners’ responsibilities.

“There are things that can be done and were effective where introduced.”

Local councils have “lost a lot of control” over their localities and the lack of law and order in the whole country was now affecting their towns and villages, Muscat said. 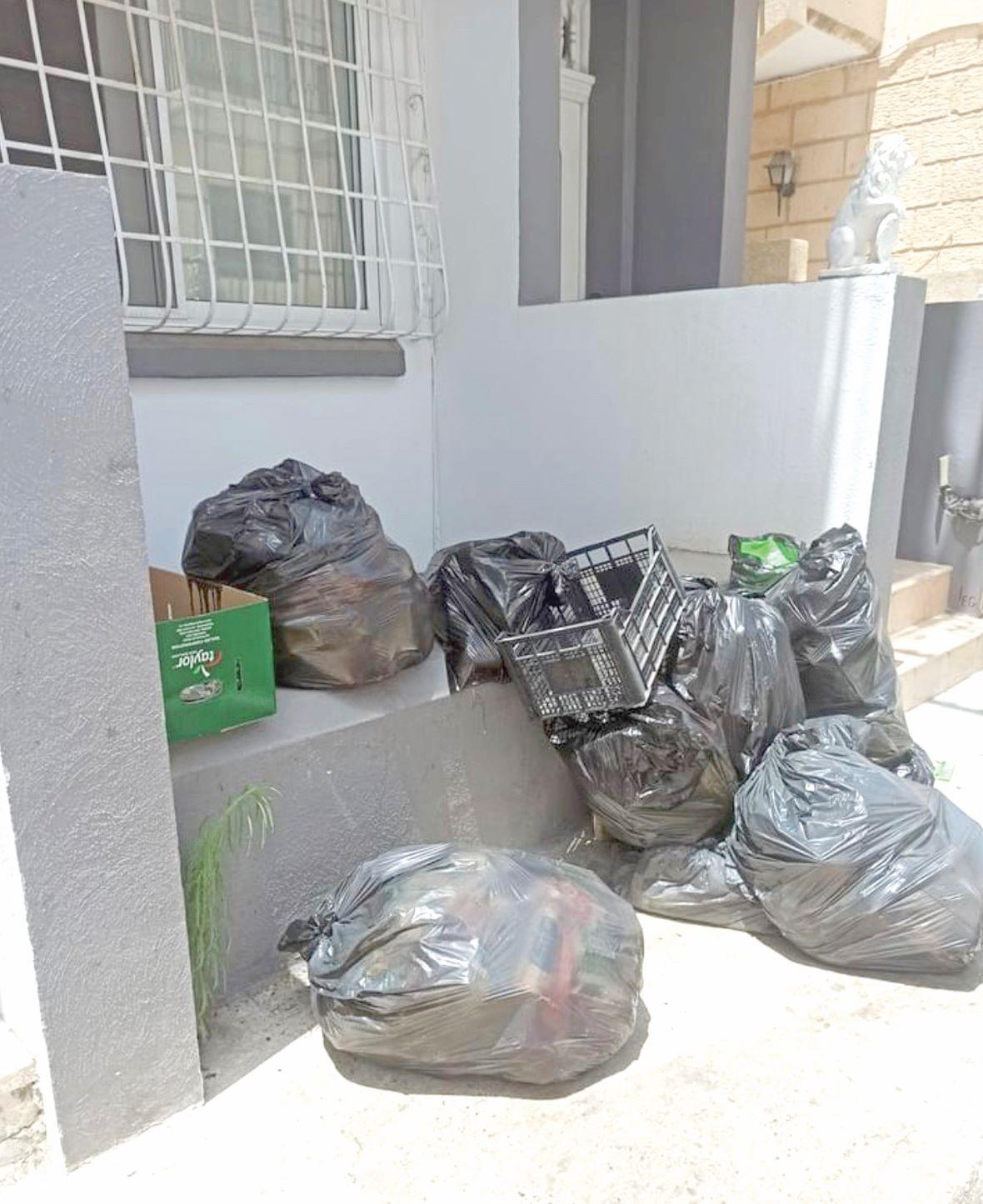 Black bags of rubbish are no longer collected every day, so they pile up on the pavement.

“We need the police for construction problems, for garbage problems, for night disturbances and for traffic. We need them for everything. Doesn’t anyone follow the rules anymore?”

The lack of enforcement and legislation meant “no one knows who to turn to and no one takes responsibility”, the mayor continued.

He acknowledged it was impossible to put a policeman next to every block of flats, although Swieqi’s community police had tried to tackle the issue despite the lack of resources.

“With three police officers, they cannot cope as they have to deal with other crimes,” he said.

'Tourism authority should be responsible'

Putting the onus on the state to solve the problems, Muscat said the Malta Tourism Authority issued permits for short-let flats, which are regulated, and the council felt it should, therefore, be responsible for enforcement.

The locality was also home to many youngsters, in Malta to have a “good time”, often too many cramped in one apartment.

This was resulting in disturbances by night in the form of screaming, shouting and partying, drinking on balconies, urinating outside, fighting and throwing glass bottles.

“Residents have had enough of sleepless nights in their home sweet homes, where they expect to rest in peace after a hard day’s work,” Muscat said.

“They are told they need to call the police but, when they do, they are informed there aren’t any and when they arrive on the scene, it would be too late.”

Muscat said he feared the situation could get ugly as people were starting to confront each other.

“When they are told to keep quiet, these holidaying youths mock the residents and make fools of them,” he said about an escalating situation.

“Only the other day, every car in a particular road had been forced open, including mine,” Muscat said, adding that thefts were another story.