Calls have been made for PN leader Adrian Delia to step down. Ramona Depares speaks to three political observers who believe it would not be the right move, one of them insisting no one is strong enough to take over.

As clouds continue to gather around embattled Nationalist Party leader Adrian Delia, the voices of those who question whether a political future as head of the Opposition remains viable for the lawyer-turned-politician grow increasingly louder.

It is an unprecedented situation for Malta’s second biggest political party, which historically has opted for a ‘Caesar’s wife’ approach when it comes to decisions about its leadership.

While past PN figureheads like Eddie Fenech Adami and Guido de Marco achieved a near cult-like status and the unquestioning loyalty of party supporters, an internal party rift has been caused by events surrounding Dr Delia’s personal and professional life.

We asked three political observers for their take on the impasse, and what they believe should be the way forward for Dr Delia. 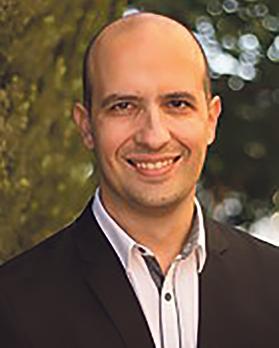 ‘No one is strong enough to pick up the reins’

Lecturer in the Department of Public Policy, University of Malta

“It is easy to make a call for the resignation of a party leader, but things do not happen in a vacuum. Were Dr Delia to resign at this point, political affairs in the country will not suspend themselves until the Nationalist party resolves its internal affairs and appoints a new leader.

The previous PN leader, Simon Busuttil, made the choice to step down after the Nationalist Party lost the second election in a row under his watch.

His decision to make way for a new leader was met with criticism from sections within the party. Many were those who felt that this course of action meant that Dr Busuttil was abandoning the party at a time when it needed him most, and without a clear way forward.

When Laurence Gonzi decided to renounce his leadership, his strategy was very different. He took an active part in paving the way for a new leadership. This is because the resignation of the leader of the Nationalist Party comes with very strong implications. It is the second biggest political party in Malta, and a resignation effectively means that Malta could be left without an effective Opposition. At the end of his tenure, Dr Gonzi ensured that this scenario did not happen.

We need to ask ourselves what would happen were Dr Delia to resign. At this stage I do not believe that there is anyone within the Nationalist Party who is strong enough and who possesses the right skills to pick up the reins. And, as a main political player, Dr Delia cannot simply step down and leave a vacuum.

If you had a strong contender for the PN leadership, then a different set of considerations would come into play. But at the moment this is not the case. You could say the situation is in stark contrast to that within the Labour Party, which has invested in young people who have the potential to become promising leaders. We have a number of Cabinet ministers who are still in their 30s, and who could take up the top role within the party.

It is clear that Labour has laid down a succession plan, while the PN has not, which makes a sudden resignation possibly counterproductive. The situation is far from ideal and Dr Delia needs to resolve the issues that surround his leadership as rapidly as possible. I cannot envisage a situation panning out where he is leading an election with all these questions hanging over his head.

I view the 2019 elections as a litmus test for the upper hierarchy of the Nationalist Party. This is why it is of paramount importance that all issues are resolved.

But, in the meantime, Malta’s government needs an effective Opposition leader to watch over the executive. Malta does not stop functioning while a political party sorts out its internal affairs.” 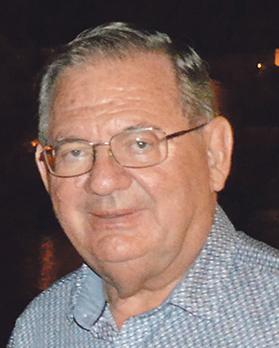 “If any of the allegations that have been brought forward against Dr Delia were to be proven in court, then without a doubt his position would be untenable. However, this is not the case so far. I myself have not seen any shred of evidence regarding domestic abuse or any other allegations.

Should a political leader resign on the strength of unproven allegations? I do not believe so. It is very easy to make an allegation; anyone can decide to fabricate an accusation against anyone. In this case, what if the allegations turn out to be unfounded? Separation cases are notoriously complicated, and there have been instances where spouses were found to have made exaggerated claims.

It is also worth noting that over the years many allegations covering a wide variety of issues have been made against many politicians from across all sides of the political spectrum. None of these allegations have ever led to resignations.

If the accusations that have been made with respect to Dr Delia are ever corroborated by a court of law, then there is no doubt that he will not be able to stay on as party leader. You cannot have one of Malta’s main political players tainted in this manner. But until then, I do not believe that Dr Delia should be expected to resign on the strength of unproven stories.” 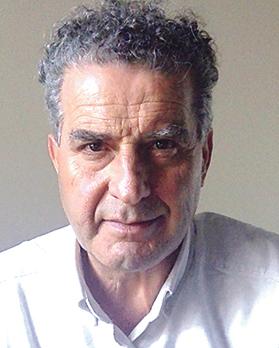 Professor of History, Dean of the Faculty of Arts at University of Malta

“No, I don’t think he should resign, and certainly not on the basis of snippets of family life that have been evidently leaked with a purpose. Those who are baying for his resignation have been wanting to get rid of him ever since his name appeared in the PN leadership contest.

If it were not his family affairs, they would be waiting for some other handle. After all, it’s not so long ago that his wife was being rubbished on the most personal and private level for no other reason than that she was his wife.

His political rivals have already shown a capacity to stop at nothing to achieve their aims, just as they did not stop after he trounced them in the leadership race. Let’s face it, this is the first time in 70 years that a losing faction in a party leadership contest has openly failed to accept the outcome, threatening every day to split their own party.

I would say, if he has the wherewithal to absolve his political responsibilities while going through personally trying times, then there’s no cause for resignation. George Borg Olivier soldiered on when his marriage broke down under what were, for those times, very damaging circumstances.”

This is not the first time that Adrian Delia has courted controversy and provoked antagonism. Since he became party leader in September 2017 his tenure has been characterised by a series of allegations relating both to his professional and his personal life.

July 2018
Dr Delia creates an internal rift within the Nationalist Party by stripping former leader Simon Busuttil of his Opposition portfolio and calling for his suspension from the party. Under pressure, he reverses his decision on the latter.

September 2018
Dr Delia attracts the ire of human rights NGOs following comments that the country is being “flooded with third country nationals”. The political leader later insisted on Times Talk that he is not a racist.

December 2018
The Sunday Times reveals that Delia is the subject of a police investigation into a money-laundering operation on the strength of a report compiled by the Financial Intelligence Analysis Unit.