Recent years have shown increased cultural awareness marked by research on Malta’s works of art, but they have also been marked by an unfortunate number of unhappy decisions governing the cultural heritage scene, particularly concerning sacred art. Some were the result of insensitive decisions triggered by popular demand, and sadly approved by church authorities.

One such series of unhappy decisions involved the uprooting of historic paintings culminating in the recent Kirkop saga. It all started when, on July 14, Kirkop’s parish priest announced that the Archbishop’s Curia approved the commissioning of a new altar painting representing the Death of St Joseph to replace an 18th-century depiction of the Virgin of Sorrows. 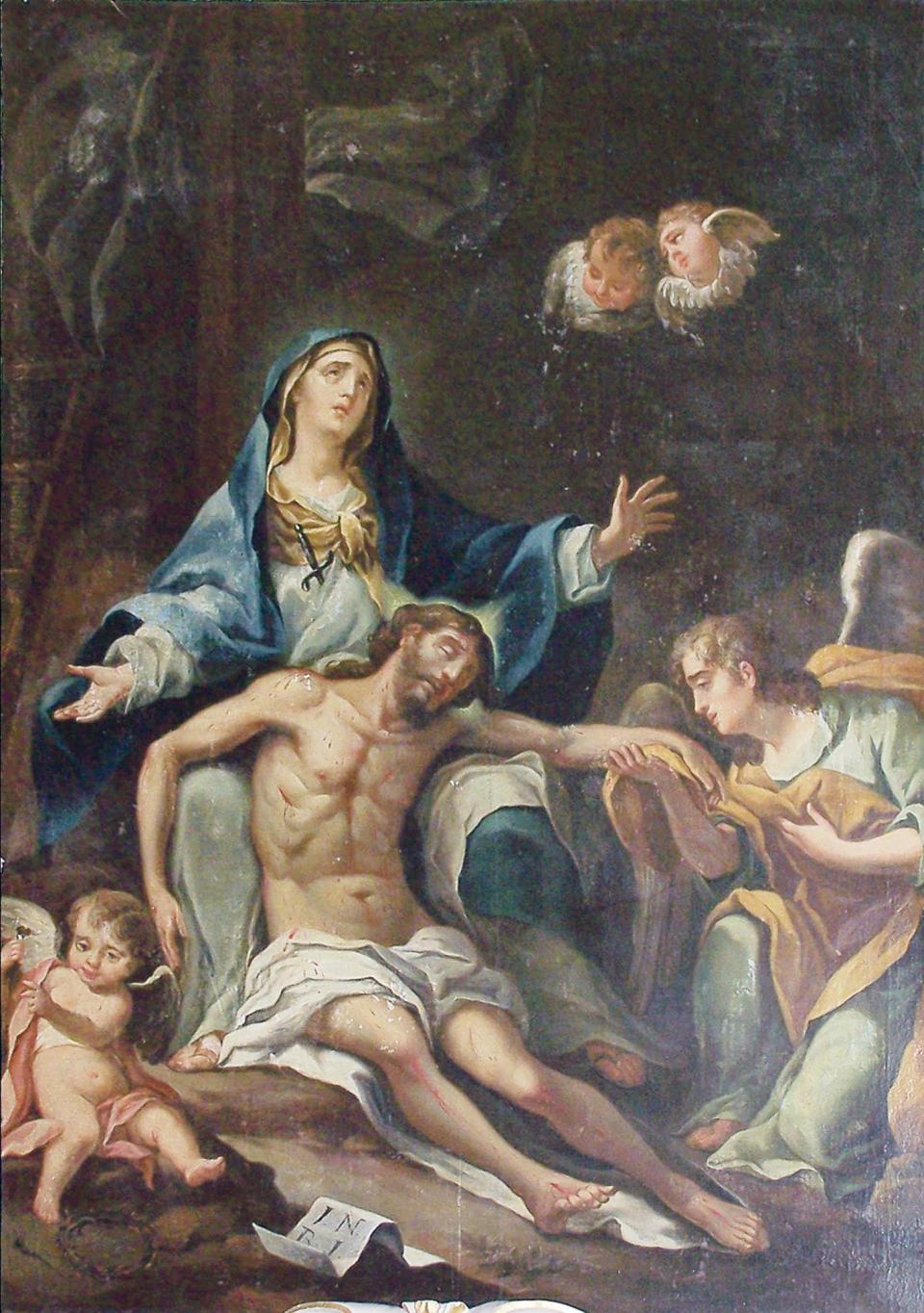 This latter painting emerged from the context of Malta’s foremost late baroque painter Francesco Zahra (1710-1773) and is situated in the nave of the parish church. As a consequence, this painting will be unceremoniously removed from its original and historic context.

On August 4, increasingly conscious of the insensitive decision, the Church authorities suggested removing the painting from the altar but retaining it within the same parochial church. It even hinted that it was ready to consider removing another historic altarpiece to make way for it.

The matter has been officially made subject to a period of consultation among parishioners. Apparently, it was only at this point that the Catholic Cultural Heritage Commission was consulted, but we will get to this later. Expert advice from historians and art historians, both within and outside Church entities, was practically being side-lined in favour of popular consent.

As if one sad and insensitive decision was not enough, on January 19, the parish priest updated us with the Archbishop’s decision to remove the Zahra painting to make way for the new altarpiece, after which it would be placed on the altar of the Holy Crucifix instead of the papier-mâché representation by Agostino Camilleri. Doing so would not only involve removing a mid-18th century painting from its original context but would also meddle with two altars and their time-honoured dedications.

It is well ingrained in Catholic tradition that every respected church should have an altar of the Virgin of the Rosary in its north transept and an altar of the Holy Crucifix in the south transept. Traditional churches respect this tradition and Kirkop’s church did so for centuries.

It is sad to note that Malta’s Church leaders, while criticising overdevelopment and encouraging the preservation of cultural heritage, considered and approved commissioning a new work of art to replace a historical one that is still intact and which has no adverse conditions putting it at risk – all this at the expense of the history of two altars.

Given that we are speaking about sacred places, one must take into account that cult and devotion merit their fair share of consideration, but this can never happen at the expense of cultural heritage. A more sensitive compromise could have been found.

The nave of the parish church of Kirkop is intact and its artistic and cultural integrity should be preserved because it reflects the religious beliefs and cultural aspirations of villagers spanning over 300 years. It reflects the historic, social, cultural, religious and anthropological DNA of Kirkop.

This painting is stylistically datable to between 1740 and 1750 and was originally commissioned for this same altar to manifest a cult which at a minimum harks back to November 21, 1721, when Marozza Ellul, through a contract before notary Marc Antonio Brincat, established a foundation for the celebration of the festivity of Our Virgin of Sorrows at Kirkop.

It is difficult to accept the Church’s decision as ethically correct since this goes against the charters and conventions that encourage best practices in the field. The Archbishop’s first decree (announced on July 14) specified that this mid-18th-century depiction of the Virgin of Sorrows “will be preserved” in the filial Annunciation church, but how can a painting be “preserved” by removing it from its original context?

Fundamental charters such as the Venice Charter (1964) – the mother of all conservation charters – and the international conventions which followed emphasise the indissoluble connection between the artwork and its authentic context, history and setting, which must be retained at all costs (The Venice Charter, 1964, articles 6, 7, 8; The Burra Charter, 2013, article 9).

Consequently, location is part and parcel of the artwork’s cultural significance and relocation is highly unacceptable unless this is the sole practical means of ensuring its survival (The Venice Charter, 1964, articles 7, 8; The Burra Charter, 2013, article 10). All this did not matter to whoever decided. The original painting “will be preserved” away from its authentic context and historical setting.

Now, even with the recent reconsiderations, the painting will still be uprooted from its original context, only this time at the expense of two altars rather than one. Retaining the painting in the church is a meagre consolation; meddling with two altars is adding insult to injury.  While St George Basilica in Victoria, the Collegiate Basilica of St Helen in Birkirkara and the Oratory of the Blessed Sacrament in Żejtun have in the past months celebrated and restored their Zahra masterpieces, Kirkop’s historic painting will be uprooted from its original purpose, context and historic devotional ties.

Kirkop’s pleas for ethical reconsiderations have been interpreted as the mere result of parochial differences – but this parish has already had its share of unhappy relocation of artworks in post-war years and this must now come to an end. No new project, such as the one which was recently approved, can ever justify past mistakes.

Had this been a matter of parochial factional discourse, independent and leading experts in art history and the cultural heritage sector would not have come forward and expressed themselves publicly.

The Department of Art and Art History has pronounced itself and so did other professionals in the field. Many others, even within the same Church ranks, manifested sensitivity to the cause and agree that this is a fast and uninformed decision which needs reconsideration. Others did not express themselves in public yet.

Malta’s Cultural Heritage Act states through article 52 (1) that “cultural property belonging to the Catholic Church, including to Catholic religious orders, and destined or used for religious purposes shall fall under the exclusive regulation and superintendence of the Catholic Cultural Heritage Commission”. In other words, the Church has its bona fide experts to monitor and implement superintendence.

What is seriously worrying is that, in this case, the Catholic Cultural Heritage Commission was initially left completely in the dark about the removal of the historic painting of Our Lady of Sorrows. They have also disapproved of this decision, at least unofficially, yet they were only considered when discussing relocation. It is sad to accept that the Church leaders do not give enough weight to their own consultative body when considering matters of cultural heritage.

Such a decision will undoubtedly have its repercussions, not just on Kirkop’s artistic heritage but also on a national level. Unfortunately, fuelled by parochial factions and artistic short-sightedness, this will open a Pandora’s box that will lead to the uprooting of various historic artworks from their original context. Humble as they might be, such altarpieces are treasures that betray important historical devotions that have shaped up a community’s religious identity. These paintings can only be fully understood if they retain their original context.

Perhaps it is too late for Kirkop but people in the cultural heritage sector should speak. We do hope that the necessary reconsiderations are made and that the cultural integrity of the parish church of Kirkop and all our other parishes is preserved. Malta must learn how to respect its religious artistic and cultural heritage.

Kenneth Cassar is a cultural heritage professional. The above article reflects his personal opinion and is in not representative of the opinions of any body which the author may form part of.