The Azure Window's shock collapse left locals stunned this morning, and ripples from its disappearance spread far beyond local shores.

News of its collapse made headlines across the globe, with websites across Europe and as far away as India, China and Australia reporting on the rock formation's disappearance.

The BBC and Daily Telegraph both carried articles about the event on their homepages, while the Daily Mail and Daily Mirror also got in on the act. 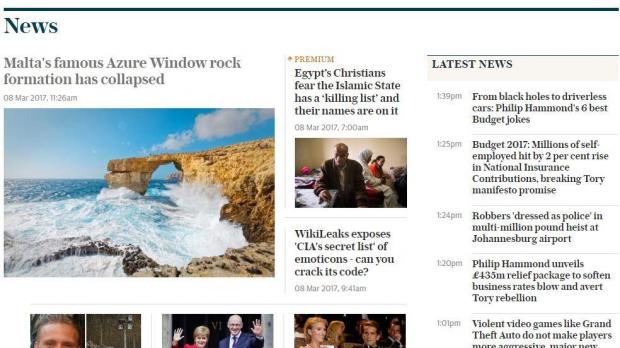 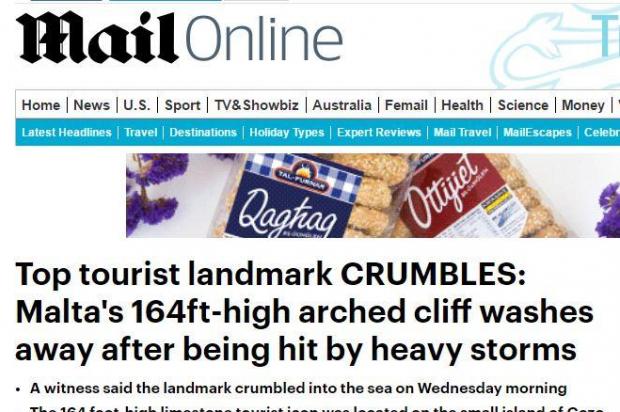 In Germany, Der Spiegel, Die Welt and Deutsche Welle all reported on the window's collapse. 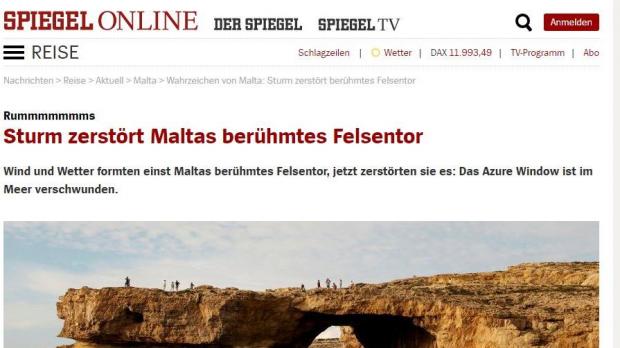 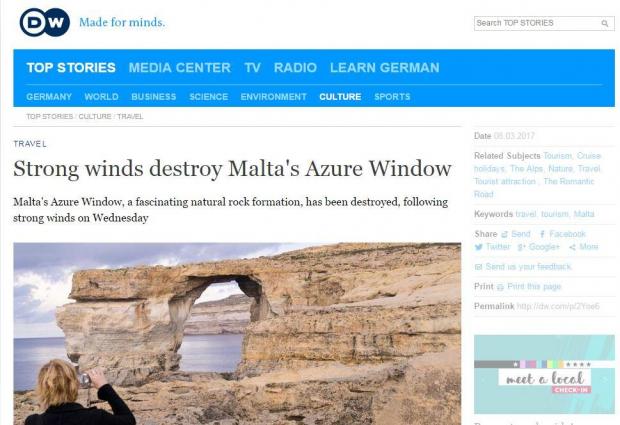 The New York Times warned tourists they wouldn't be adding photos of the iconic window to their Instagram collection. 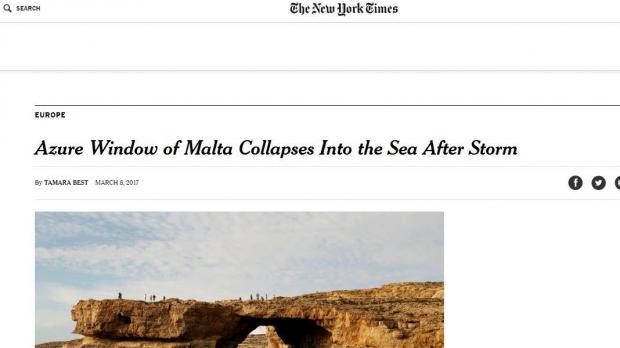 The Chinese government's official press agency Xinhua was also quick to report the event, as was the Times of India. 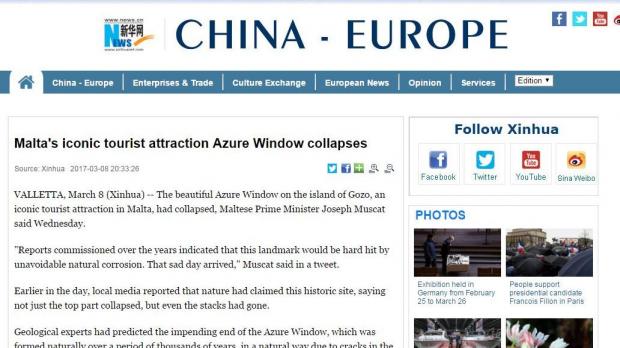 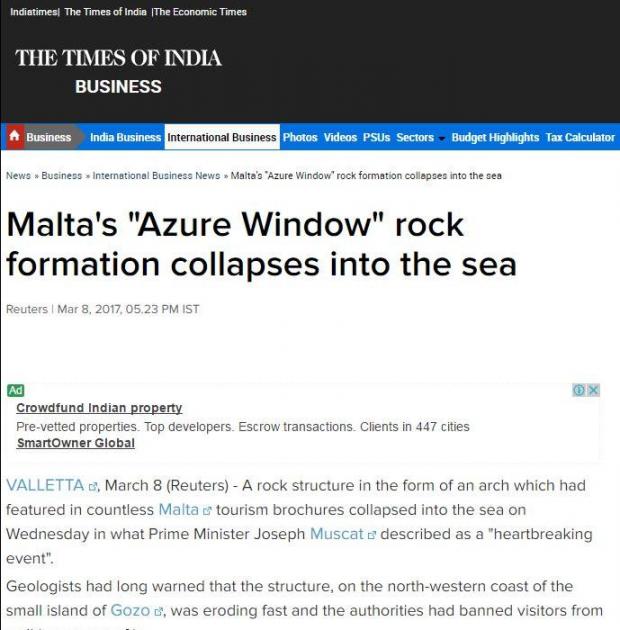 The Times of India.

Down Under, Australians woke up to the Sydney Morning Herald's report of the window's crumbling. 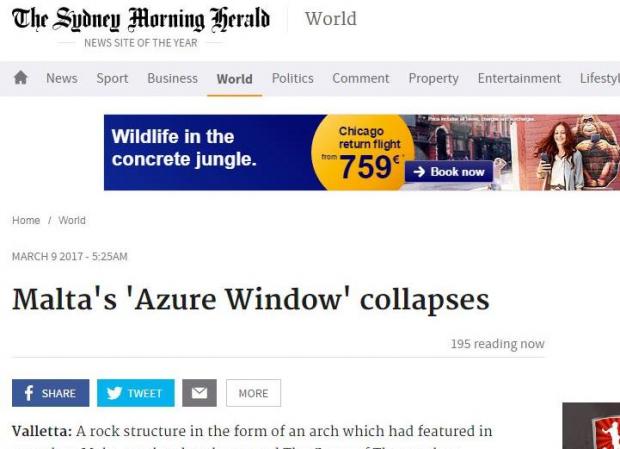 Photos of the iconic Gozitan site were splashed on news sites across Europe, with some drawing readers' attention to the collapse by highlighting the Azure Window's appearance in TV series Game of Thrones. 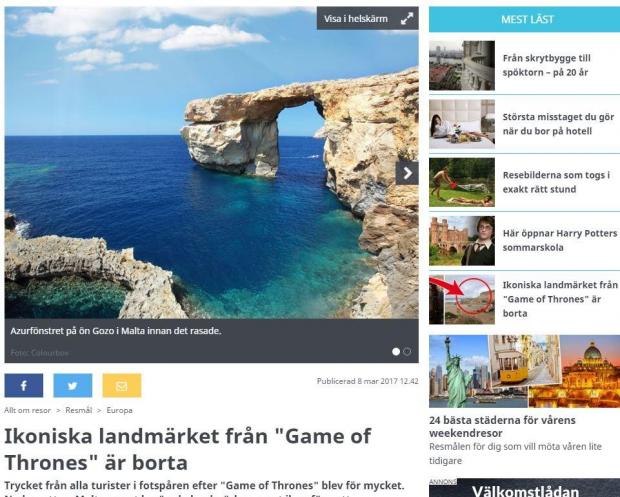 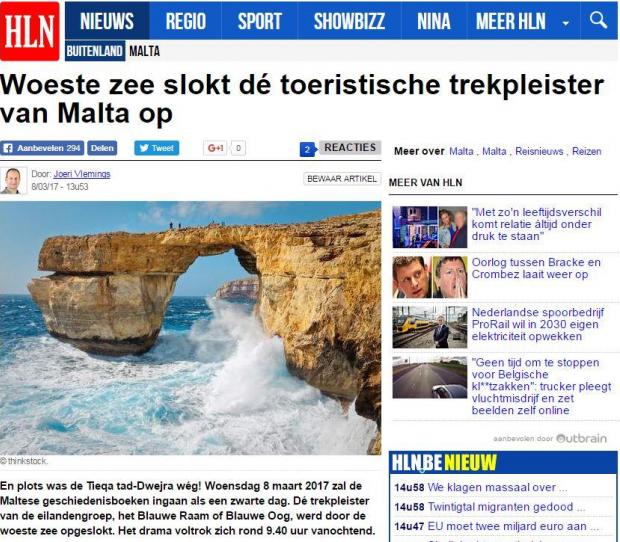 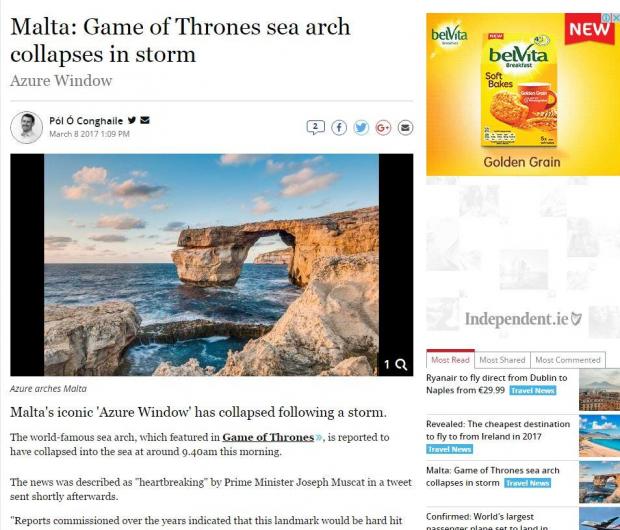 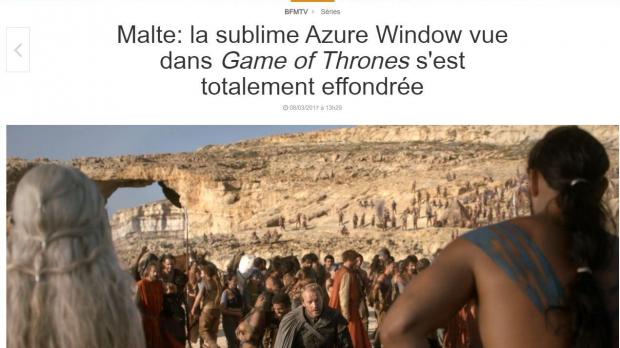 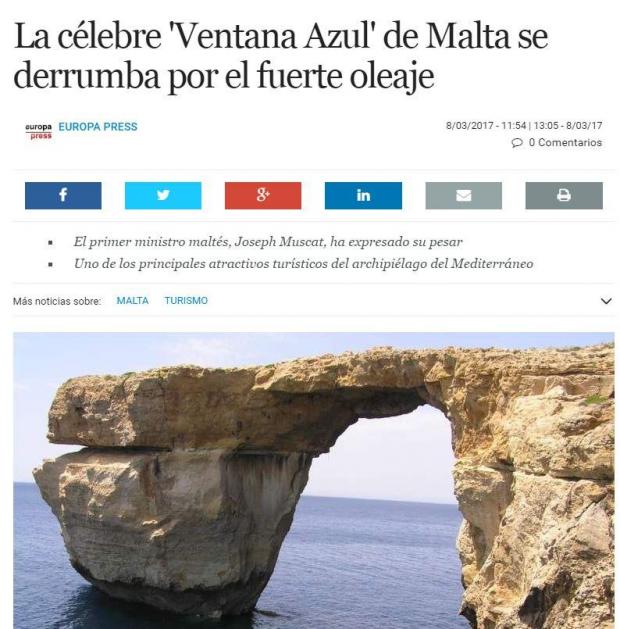 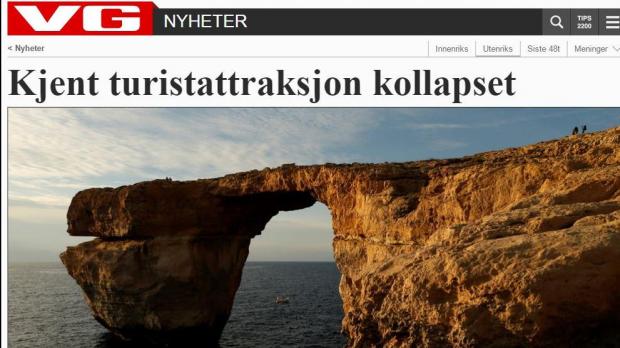 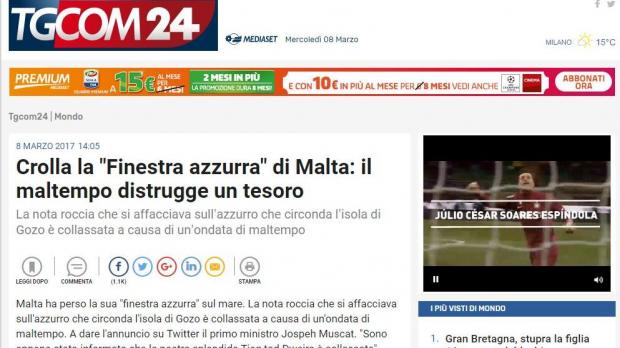 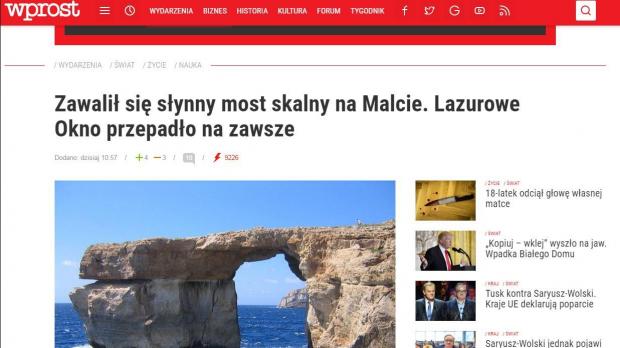