This is the second part of a three-part series. Read part one, which looked at police chiefs between 1813 and 1923.

Four months after Antonio Busuttil’s death on August 6, 1923, Major Frank Stivala, who at that time was the Superintendent of Prisons, was appointed commissioner of police and Superintendent Salvatore Galea replaced Major Stivala as head of prisons. Major Stivala had already served as adjutant in the police force during Col. Henry Bamford’s tenure as commissioner.

Some months after Stivala’s appointment, a political incident in Valletta had great repercussions on his career.

Before the general election of 1924, on June 26, a spontaneous demonstration took place in Kingsway (Republic Street), Valletta, in favour of Dr Giovanni Adami, then already a minister. Although the police tried to stop the demonstration, Adami was carried shoulder high by some supporters.

During the demonstration, Adami was seen striking police constable Antonio Catania with a stick. Later, the constable filed a report about the incident and a certain Luke Zammit made a sworn statement that he saw Adami striking the constable and snatching off his cap, which he used to belabour the head of the constable. 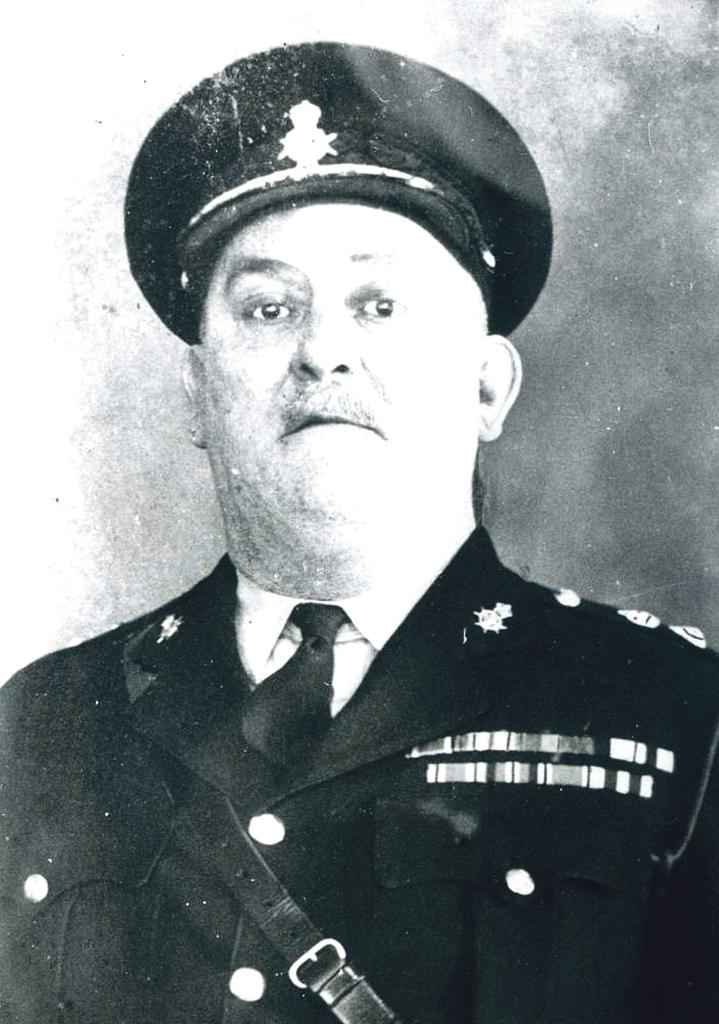 The commissioner also ordered criminal proceedings against Zammit, who was charged with perjury. Zammit was found guilty of this offence and was sentenced to 20 days imprisonment and a civil interdiction for five years. The Court of Appeal confirmed this sentence.

The 1927 elections were won by Lord Gerald Strickland, and on August 25, 1927, the Government Gazette notified that the Office of Police was to be administered by a commission constituted of Lord Strickland, minister of the police, who was to act as president of the commission; Superintendent Salvatore Galea, who was the Superintendent of Prisons; and Captain S.J. Galea, the Captain of Ports.

The same notice announced that Commissioner Stivala was granted leave on full pay until further orders. Eventually, disciplinary proceedings were taken against Major Stivala and the committee of the Executive Council chaired by Judge Parnis found there was evidence that proved that Stivala had been responsible for acts and omissions inconsistent with the office of commissioner of police and prejudicial to the good order and discipline of the force.

As a result of these findings, on August 1, 1928, Major Stivala was transferred to the post of Superintendent of Prisons at the emoluments attached to that post and on condition that he was liable to be transferred to another post at any time at not less than the same salary. But when the Nationalist Party returned to power in 1932, Stivala was refunded the difference in salary since his transfer as Superintendent of Prisons. Meanwhile, Salvatore Galea was appointed head of police.

In August 1930, the Governor enacted The Reconstitution of the Office of the Commissioner of Police (Emergency) Ordinance under which he assumed the power to appoint more than one commissioner. In virtue of this law, the Governor could also direct that “all the powers and duties which were vested to the commissioner be exercised by each or any or all the commissioners either jointly or separately”.

It also became lawful for the Governor to order that the Department of Police be administered and governed by a board and to confer and assign to each or any or all members of the board any powers and duties which were by law or regulation conferred or assigned to the commissioner. Under this Ordinance, with effect from August 24, 1930, Colonel Gustav Brander, OBE, was appointed joint commissioner with Galea. 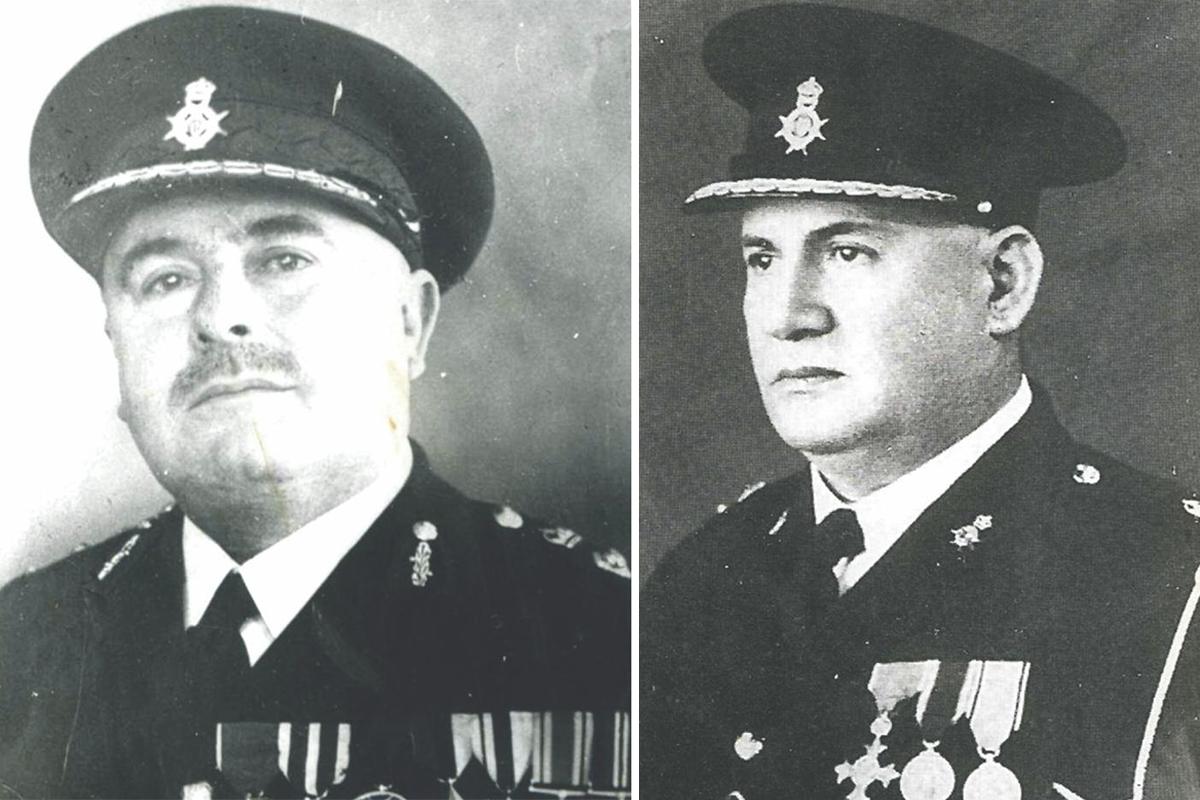 According to the letter of appointment, Brander’s post was a temporary one and when his services were no longer required in the police force, he had no claim to further employment in the civil service. His salary was £800 per annum, while that of Galea was £500.

Brander was mainly responsible for overseeing the political manifestations of that time and the Nationalist Party heavily criticised him for the way he carried out his duties during these manifestations.

In fact, after a political meeting in Paola on April 10,1932, a Nationalist Party newspaper, the Mid-Day Views, demanded a public inquiry about police incompetence at Paola. It claimed Commissioner Brander had behaved in such a manner as to give reason to believe he had become a tool in the hands of Count Strickland. During the meeting, turmoil ensued between the Constitutionals and the Nationalists, and the leader of the latter’s party, Sir Ugo Mifsud, was hit on his forehead by a missile thrown by someone from the crowd.

The 1932 elections were won by the Nationalist Party, and on June 21, 1932, Dr Carmelo Mifsud Bonnici became responsible for the police department. One month later, the appointment of Brander as Joint Commissioner was terminated and Galea was retained as commandant of the force.

Later, Ordinance XII of 1930 regarding the reconstitution of the Office of the Commissioner of Police was repealed. However, on November 2, 1933, the control of the police force was taken over by the Governor in preparation for the declaration of a state of emergency under which the ministers were dismissed.

In the meantime, Commissioner Galea was once again informed that the government intended to appoint another police commissioner to act jointly with him, as was previously done under Ordinance XII of 1930.

This change in command of the Police Force was due to the tension in international relations and the British authorities wanted a more energetic man as commissioner of police. But this time, Galea opted to retire on pension, and on November 29, 1939, Deputy Commissioner Joseph Axisa was appointed commissioner.

After the granting of the 1947 Constitution, elections were held and the Police Department was removed from the field of reserved matters and Maltese ministers became responsible for the police. The Governor, however, remained responsible for public safety. The first prime minister under this new constitution was Dr Paul Boffa, who was also minister of justice and the police.

Immediately after Dr Boffa became responsible for the police department, Axisa asked to retire on pension, and on November 1, 1947, he was succeeded by Joseph Ullo. There were reports that Axisa had envisaged interference in his work and had decided it was better to leave.

Ullo retired on pension in November 1951 and his successor was Herbert Grech, who served as commissioner till November 1954.