Facebook held back from doing all it could to stop users from being radicalized and US election misinformation from flooding the social network, according to media reports Friday.

An array of US news outlets cited documents from former Facebook worker Frances Haugen, adding to a series of critical revelations already published based on information she provided.

Articles in the New York Times, Washington Post and elsewhere on Friday focused on how Facebook apparently intensified political division.

Examples included an internal finding that 10 per cent of political content viewed by US users in the days after the election perpetuated the falsehood that the vote had been rigged.

What has come to be known as the "Big Lie" has been repeated relentlessly by former President Donald Trump and enraged his supporters, who stormed the US Capital in a deadly attack on January 6.

Facebook, Twitter, and other social media platforms banned Trump from their platforms for encouraging the violent effort to thwart the democratic process.

Revelations published on Friday indicated that Facebook could have anticipated such trouble.

The information was reportedly found in the thousands of internal documents Haugen provided to regulators at the US Securities and Exchange Commission.

Haugen told US lawmakers early this month that the social media giant fuels division, harms children and urgently needs to be regulated, drawing pledges Congress would take up long-delayed action.

The testimony by Haugen has fueled one of Facebook's most serious crises yet, and prompted a denial from CEO Mark Zuckerberg, who said in a post on his account that her claim the company prioritizes profit over safety was "just not true."

A common theme in revelations is that Facebook knew about problems hurting users and society but chose, in large part, to ignore them.

Facebook's security team in 2019 reportedly created a fake account for a "conservative mother from North Carolina" given the profile name Carol Smith.

The social network software quickly offered Smith a "barrage of extreme, conspiratorial and graphic content" including from the QAnon movement known for unfounded conspiracy theories, according to the researchers.

Faced with mounting criticism, Facebook on Friday detailed anew steps it has taken to protect the election and keep the social network safe.

"Our comprehensive strategy to protect the US 2020 elections began years before the election cycle even began and was designed to last through the inauguration," Facebook vice president of integrity Guy Rosen said in a blog post. 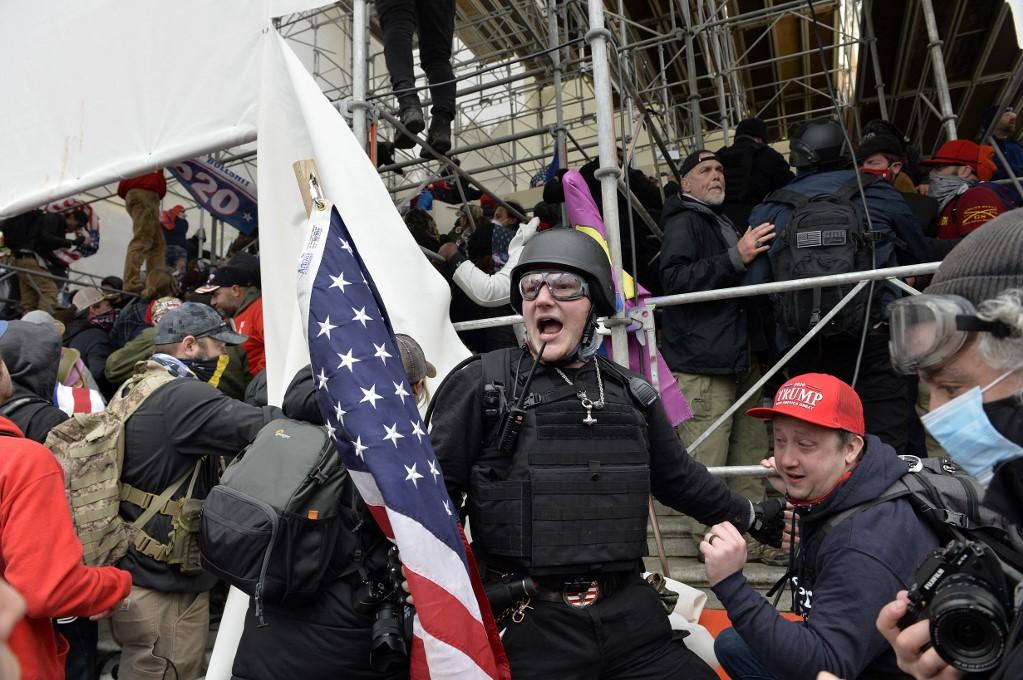 Rioters during the January 6 uprising. Facebook could have done more to stop the spread of the ideas rioters propagated, leaked documents suggest. Photo: AFP

Facebook's tenacious efforts to fend off critics is not likely to appease elected officials openly calling for action against the tech giant.

More revelations from leaked documents appear in store, and a former member of Facebook's integrity team emerged Friday as another whistleblower.

The former employee reportedly told US regulators that Facebook dismissed controversy over Russian meddling in the 2016 presidential election as a "flash in the pan" and that managers undermined efforts to fight disinformation for fear of angering Trump or his fans.