Richard Cachia Caruana raised questions last night over how, then Tourism Minister Karmenu Vella had not revealed the outcome of an inquiry into why members of the management of Air Malta omitted crucial trip cost guarantees in the contract for the purchase of four Avro RJ70 aircraft in the mid 1990s.

Mr Cachia Caruana, a director of Air Malta at the time, said the omission of the clauses were made without the knowledge of the airline's board and they were the reason why the airline incurred considerable costs when technical problems developed. 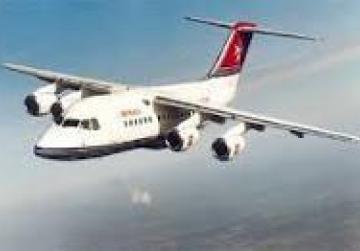 The statement was issued in a detailed reaction after Mr Vella yesterday claimed that in 1996 Mr Cacha Caruana told him he had not agreed with the board's decision to purchase the new aircraft. In an initial reaction, Mr Cachia Caruana had denied Mr Vella's claim.

In his detailed statement he reiterated that Mr Vella's statement was fictional.

He said he had agreed with all the other members of the board on the purchase of the Avro RJ70 aircraft and also in Air Malta's investment in Azzurra Air.

He denied having sought a meeting with Mr Vella or that he had made contact with him for the purpose he had described.

1. The purchase of the Avro aircraft was agreed unanimously by the members of the board on the basis of technical and financial information.

2. The decision was taken on the basis of a strategy for Malta to become a travel hub, with the airline planning to raise its scheduled flights by 35%.

3. The board's decision to purchase the Avro RJ70s was also based on a specific clause - known as trip cost gaurantee - which guaranteed the cost of operating the four aircraft for 10 years. This meant that during that period, Air Malta would not have been exposed to any risks from technical or operational problems affecting the aircraft.

4. Once the aircraft came into service and problems developed, the board, including himself, called on the management to exercise the trip cost guarantee so that Air Malta could cover the additional costs which the problems had caused,

It was only at this stage that the management informed the board that the guarantee had been left out of the signed contract - without the board having been informed.

6. For months, particularly in the first months of the Labour administration in 1996 the board and himself had strongly demanded an explanation for this serious omission, which completely changed the commercial nature of the purchase agreement since it exposed Air Malta to risks from the operation of the aircraft.

7. In March 1997, the airline's board (of which he was a member) appointed a board of inquiry to investigate the purchase of the planes, to determine why the trip cost guarantee was omitted from the signed contract and to ascertain who was responsible for this omission.

8. Mr Cachia Caruana said that as far as he could recall, the report of this board of inquiry was never published by the new Board appointed by Mr Vella for reasons which Mr Vella could explain.

No sworn declaration by Mr Vella could alter this documented truth, Mr Cachia Caruana, said and he therefore had nothing to hide.

Mr Vella, however, was hiding his own affairs and the affairs of those he had appointed on the Air Malta board. 15 years on, he was trying to blame others for matters which he needed to explain.

Instead of making false allegations, Mr Vella needed to say who, in the Air Malta management, omitted the trip cost guarantee and why the new board of directors did not publish the inquiry report, Mr Cachia Caruana said.