Large amounts of "dried leaves, soil and other litter" led to the flooding at the recently-completed Marsa Junction, Infrastructure Malta said on Thursday.

Heavy rainfall throughout the night caused several streets to flood early on Thursday morning, including the Marsa junction, resulting in heavy traffic in the south.

Contacted about the flooding at the junction, inaugurated in April, an Infrastructure Malta spokesperson said "large amounts of dried leaves, soil and other litter" that had flowed to this low-lying area [Marsa] during the heavy rainfall on Wednesday night and Thursday morning had blocked the catchment grilles.

"As soon as workers removed this material from the grilles, the water in this part of the road drained away immediately, confirming that there are no damages or faults in the stormwater system built as part of the Marsa Junction Project," the spokesperson said.

"While this annual process helps to keep these systems functioning to their full capacity, autumn winds and leaf fall increase the amount of litter on the road, which ultimately gathers in stormwater catchments, necessitating additional cleaning.

"In this regard, Infrastructure Malta liaises with its contractors and with other entities and government departments to make sure that roads are regularly swept and that any dried leaves or other waste accumulated at the grilles are periodically removed," the spokesperson said. 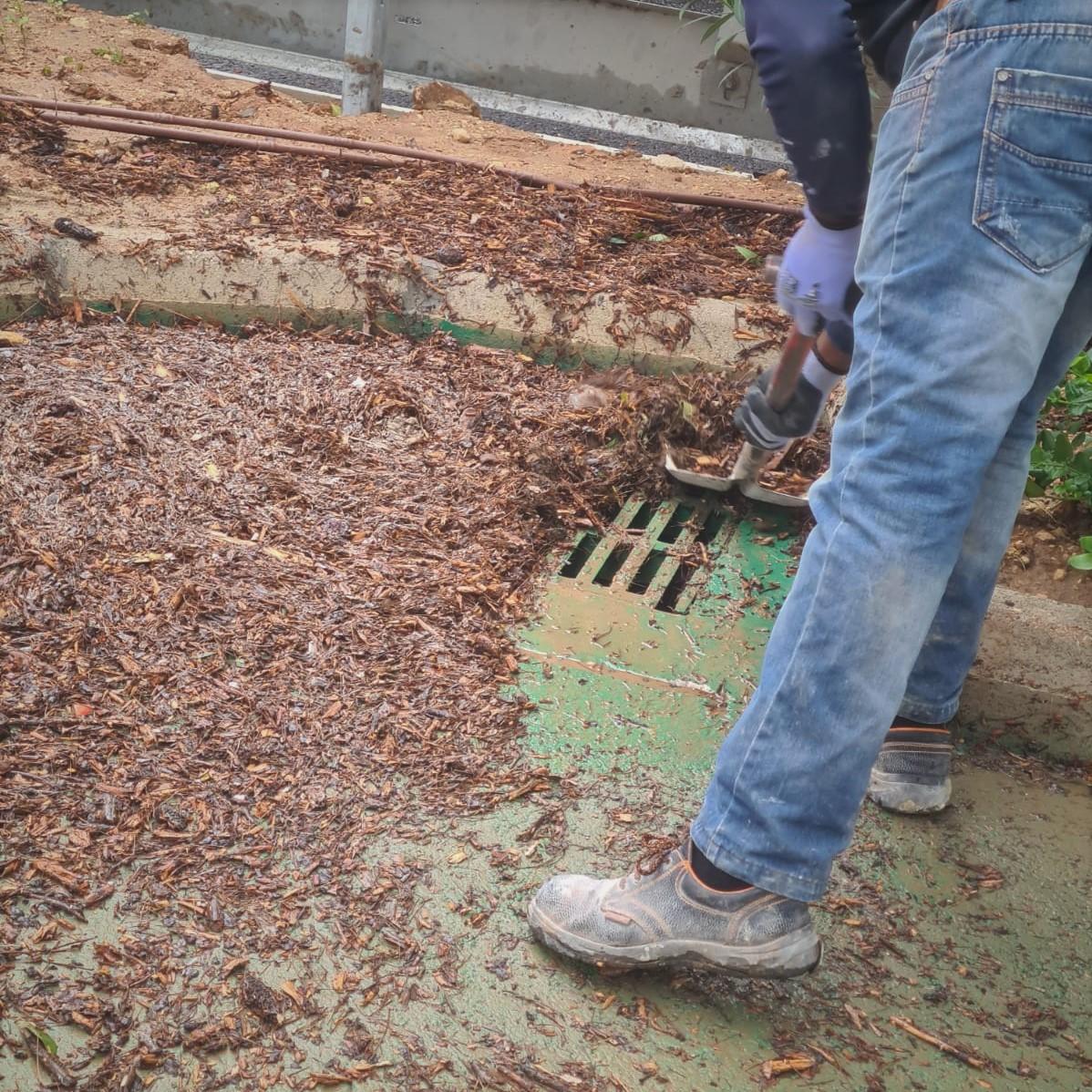 In light of the flooding that occurred on Thursday, the roads agency has now asked the entities involved in the upkeep of the area to increase the frequency of scheduled mechanical sweeping in roads leading to the junction.

"Moreover, the area’s landscaping contractor is laying protective mats in some of the nearby green areas to harness their soil slopes during heavy rainfall. As the area’s new trees, shrubs and other plants continue to mature, their roots will further consolidate these slopes, reducing soil dispersion onto nearby roads," the spokesperson said.

Meanwhile, the roads agency's explanation did not appear to go down well with drivers who witnessed the flooding.

In comments on Times of Malta's Facebook page, many claimed the agency was just "making excuses".

"There's always a scapegoat, and it's always the trees for some reason," one user said.

"Another excuse to chop them [trees] down. What arrogance!" another said.

Others were quick to point out the reasons given by the agency confirmed a "lack of maintenance" in the area.