A public call will be made for applications to fill the post of police commissioner, Prime Minister Robert Abela said on Tuesday evening.

Under the new process, applicants will be screened by a public sector body and people from outside the police force will be eligible for the top post.

The final decision on the candidate will continue to rest with the prime minister. Parliament will then vote before he or she is made commissioner.

Dr Abela announced the revised method on Tuesday afternoon, saying it was more transparent and fitting to modern-day requirements than the existing system.

Currently, it is the prime minister’s absolute prerogative who will fill the role.

How the process will work

The Public Service Commission will launch a call for applications for the role of police commissioner.  The public competition will be open to external candidates and will not be limited to members of the police force.

Commission members will shortlist the two most suitable candidates.

The prime minister will then choose the final candidate, which MPs will vote on.

The Venice Commission, Dr Abela said, had given the Office of the Prime Minister a veto right on such appointments, but he said he was willing to forgo this.

“This means that I will not as prime minister reject the candidates put to me by the public service commission,” he said.

“I give my word that I want a serious police commissioner who will be free to do work in an autonomous and independent way,” he said.

The police force is currently being led by an acting commissioner, after Lawrence Cutajar handed in his resignation last week. 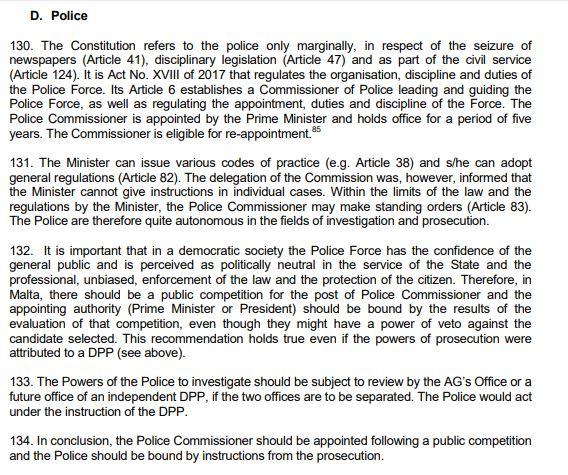 What the Venice Commission said about reforming Malta's police force.

What is the PSC?

The PSC is a statutory body responsible for staffing and discipline in the Public Service.

It is made up of a chairman, a deputy chairman and up to three other members who are appointed by the President of Malta acting on the advice of the Prime Minister, given after consultation with the Leader of the Opposition.

It is currently led by chairman Louis Naudi, with Marie-Lourdes Grech as its deputy chair.

Vincent Piccinino, Carmel Herrera and Franco Masini are its other three members. 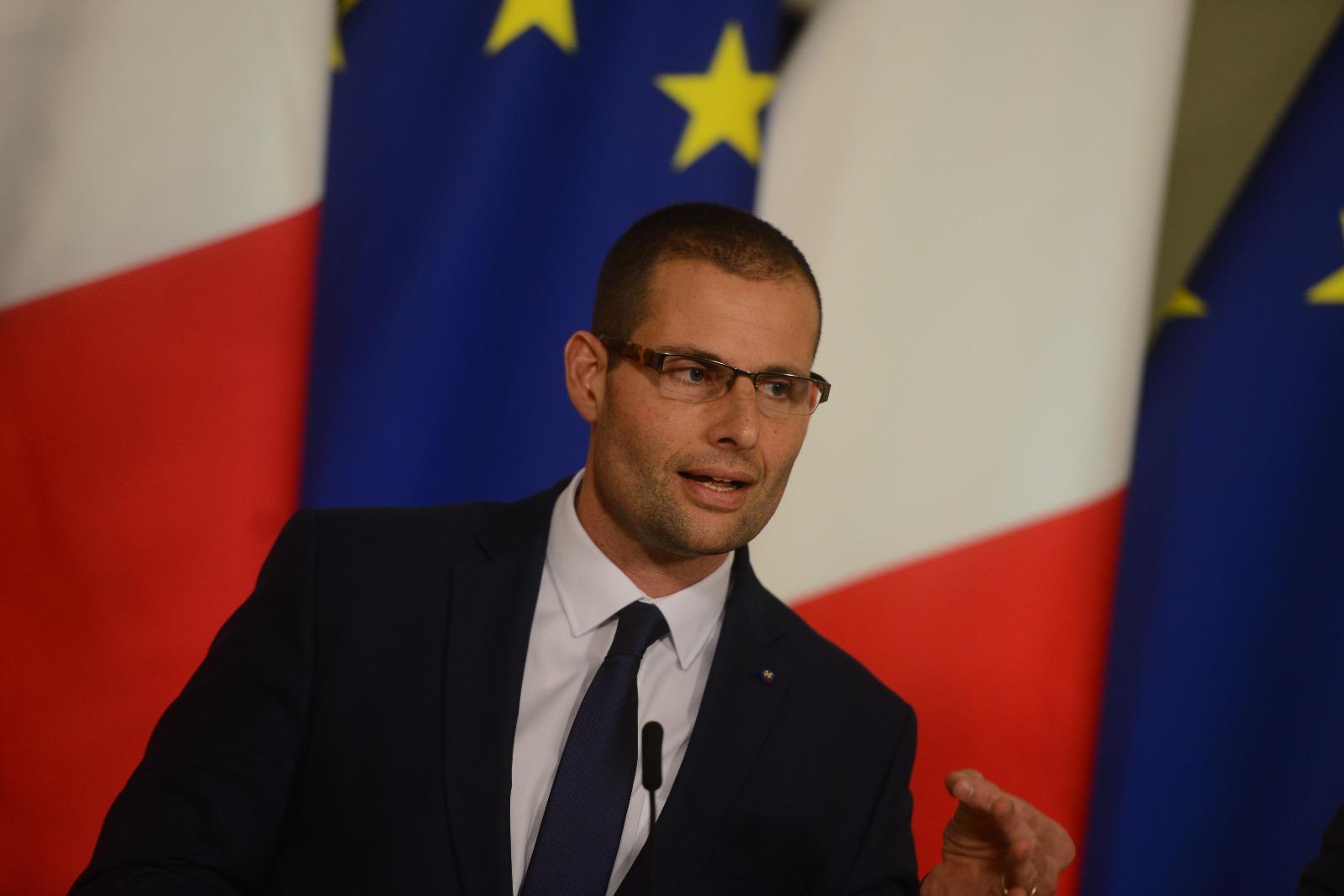 In a reaction, PN leader Adrian Delia said that like Joseph Muscat before him, Dr Abela wanted to continue choosing the police commissioner on his own.

He was not willing to seek a national consensus on who should be appointed commissioner.

The Prime Minister proposed a process of scrutiny in front of a commission and parliamentary committee where he enjoyed a majority and so effective control.

He had not yet understood how urgent it was for the police force to regain the people’s confidence and the damage his government had caused the country. He had not yet understood that for confidence to be regained there should be consensus on the choice of new commissioner pushing aside the Opposition’s proposal for the commissioner to be approved by a two-thirds parliamentary majority.

PN does not know what it wants - PL

In a reply, the Labour Party said the way the new appointment of the commissioner was being proposed was transparent and revolutionary and in line with the recommendations of the Venice Commission, which the Nationalist Party seemed to have stopped believing in.

What the Prime Minister proposed meant the removal of absolute power from politicians passing this on to a Constitutional organ. The Prime Minister will have to choose one of just two persons following a public call and a public grilling in a parliamentary committee.

The Nationalist Party was not credible to speak about the subject not just because it had never come up with such a change but also because it did not know what it wanted.

Once again, it was going to be the Labour government to implement a major change in the interest of the rule of law, it said.