Prime Minister Robert Abela on Friday confirmed that Pope Francis will pay a visit to Malta in the first three months of next year.

Speaking to journalists following his private meeting with the Pope, Abela said the Pope had confirmed his visit and said he was enthusiastic to come to Malta.

The news came during a private meeting the two had at the Vatican in Rome, with Abela citing the tentative period in comments to TVM.

Pope Francis was meant to come to Malta in December but his visit, which had already been postponed due to COVID-19, was put off to next year.

The decision to postpone the December visit has fuelled rumours of a snap general election being called before the end of the year.

Abela was accompanied to the Vatican by his wife Lydia and their daughter Giorgia Mae. The delegation included Foreign Minister Evarist Bartolo and Malta’s ambassador to the Vatica, Frank Zammit.

Abela, who announced his visit to the Vatican on Facebook, also met Vatican Secretary of State Pietro Parolin and Archbishop Paul Richard Gallagher, Secretary for Relations with States.

In a statement issued by the Vatican, the Secretariat of State said the good bilateral relations and fruitful collaboration between the Church and Malta were underlined during the cordial discussions.

The parties focused on the contribution of Christianity to the history, culture and life of the Maltese people and on the Church’s commitment to the human and social development of the country, especially in the fields of education and welfare. 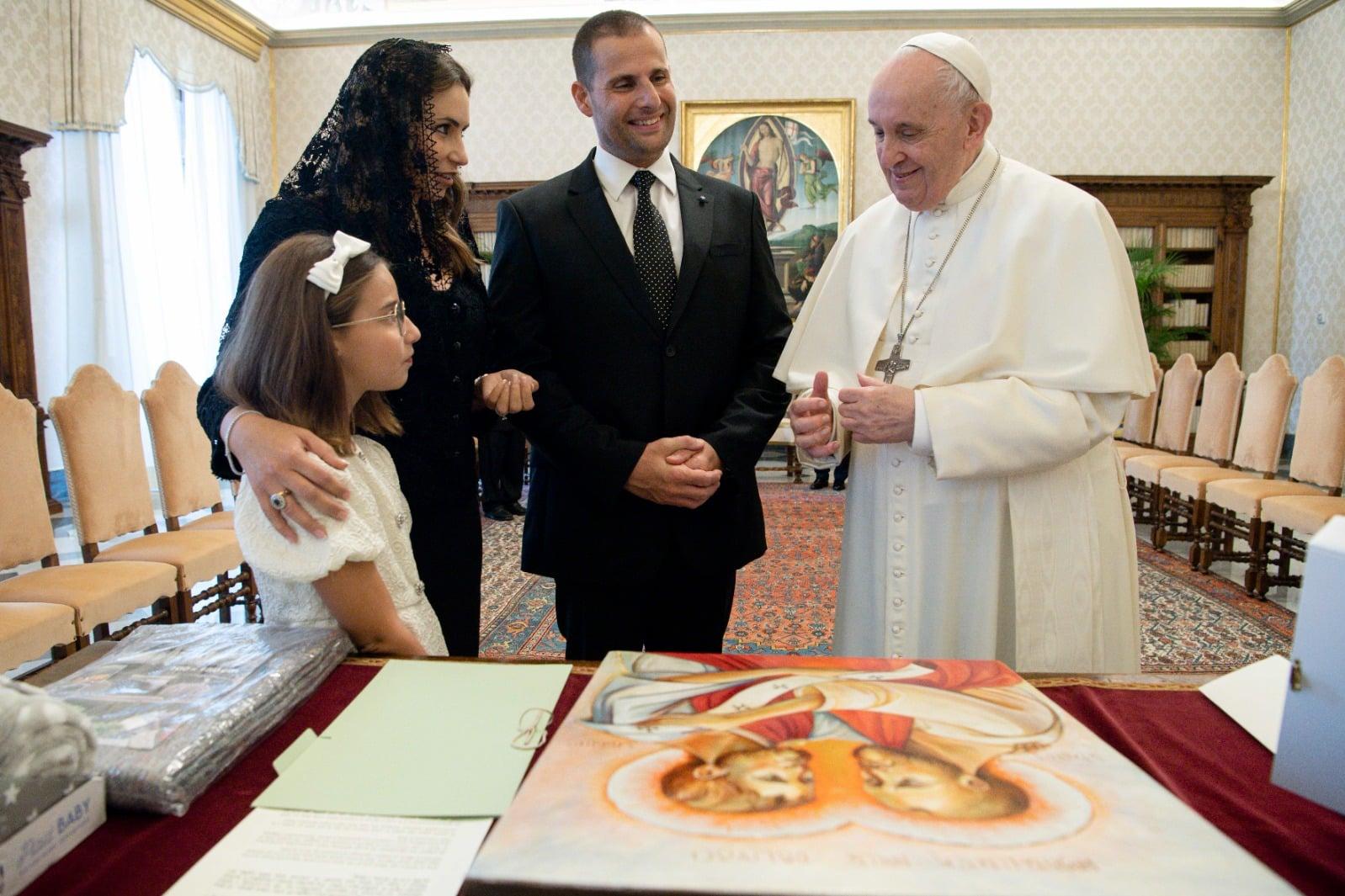 Issues of common interest were also discussed, including migration, to which the Church and the Government are strongly committed, “and some ethical issues”.

They also discussed the European and international situation, with particular attention to the Mediterranean region, as well as the importance of ecumenical and interreligious dialogue in building peace and brotherhood among peoples.