The government's budget for 2021 was a generous one that continued to provide for the people even though the country was dealing with a pandemic, Prime Minister Robert Abela said on Tuesday.

"This is my first budget speech but the fourth budget in nine months. No other government faced such struggles. Others thought the pandemic would be our knockout punch and yet we saved 100,000 jobs and we continued to give to the people," Abela told parliament.

The Prime Minister was delivering a two-hour speech about Budget 2021, one day after Opposition leader Bernard Grech's reaction to it on Monday and a week after the Budget speech by Finance Minister Edward Scicluna.

'We will continue to recycle good budgets'

In reply to Grech's criticism that the budget was recycled, Abela said he was proud of this as good budgets will continue to be unveiled year after year.

The prime minister said the budget not only looked at the immediate needs of the country but also looked ahead, as far as 10 years from now.

"When I was appointed prime minister, my priority was to keep the momentum from the previous years going. Yes, there was political upheaval but within days of my appointment, we were back to normal.

"The pandemic caught some countries off guard, but we had a strong healthcare system," he said.

On the new measures announced on Monday that will see bars close until December as from Thursday, Abela said he believes the government did not go "overboard".

Abela said he would also be giving the people his word that once the COVID-19 vaccine is available, the Maltese public would be among the first in the world to have it available.

The pandemic had found a resilient Malta, there were things which could have been done better but the government keep the country and the economy going strong.

The government, Abela said, is pro-business and pro-market, adding Malta is “open for business”.

“Why are you so against business?” he asked the Opposition.

On the wage supplement for those whose job was impacted by COVID-19 restrictions, Abela said the €800 would make sure that the minimum wage earners would not end up unemployed.

“We want to try and help as many people as possible, especially those who need it most,” Abela said.

On the IIP, Abela said that the Opposition’s decision to try and “destroy” the scheme, will haunt them forever. He said the PN wants to "destroy" the scheme at all costs. 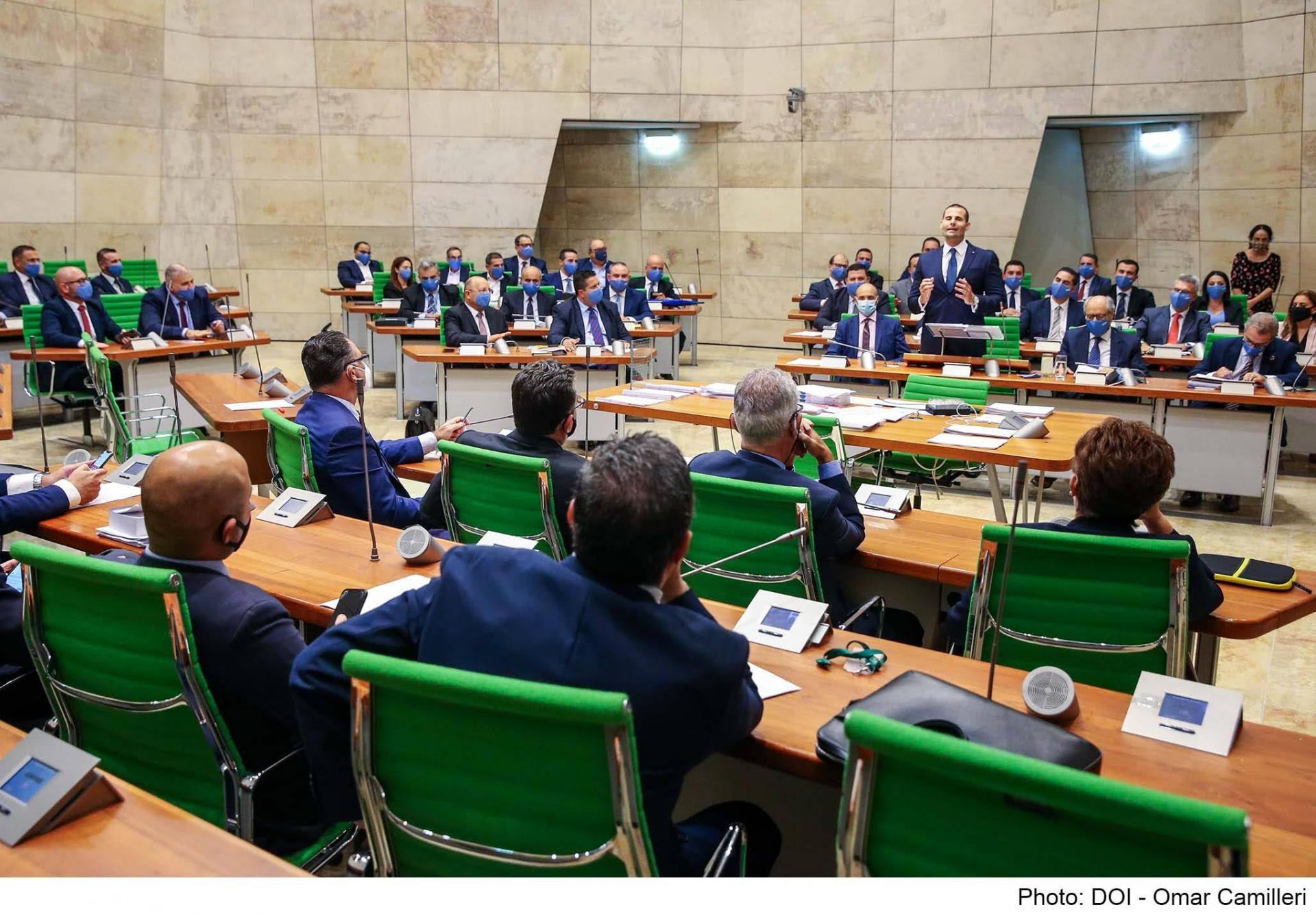 Although early on in the pandemic people were rushing to get out of buying property, Abela said this all changed later on in the year, with record numbers of sales registered in more recent months.

“You know why this is? It is because people trust us,” the prime minister said.

And in June, July, August and September as well as in the first few weeks of October, the government succeeded in reducing the number of those unemployed by 1,200.

The prime minister said the Labour government was better at running the country than the PN, even while dealing with a pandemic.

"I am looking forward to the first quarter of the next year so we can leave all this behind and rush forward once again," he said.

When I look into people's eyes, I think to myself, how can I make this person's life better?- Robert Abela

The government will be giving €16 million in tax refunds, he went on.

Abela said that since taking up office he has learnt to have more compassion for the people, something which was reflected in the 2021 budget.

"When I look into people's eyes, I think to myself, how can I make this person's life better?" Abela said.

Going back to the Opposition's pre-budget report, Abela described this as poor and said it was riddled with inaccuracies. 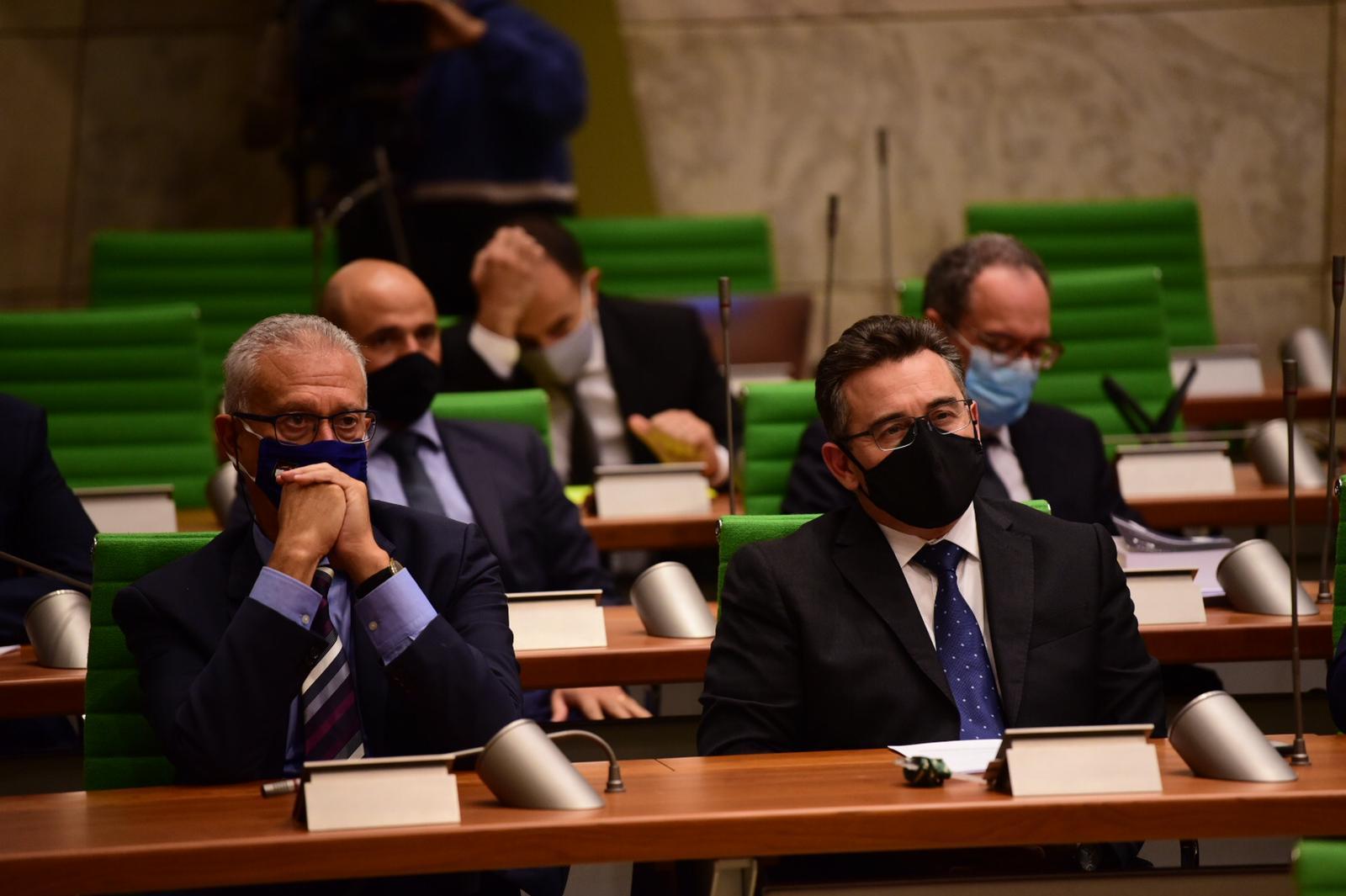 The government, Abela said, was strongly increasing investment because it had confidence in businesses and in the people.

He said the government had ambitious climate targets. A lot needed to be done to get to the EU's green deal and it would work hard to get there, giving the environment priority. It would ensure sustainable development and a balance between construction and the environment.

An ambitious measure was that stopping the importation of single-use plastics as from next year and their sale as from the following.

Another environmental target was the electrification of transport. This was something the government wanted to introduce but it wanted to make sure that it would not be placing any burdens on the people.

It was also giving a good look at mass transportation, more green spaces and a change in construction methods. Buildings had to become more energy efficient with the burden of change not being passed on to industry. Industrial and urban spaces would be made greener.

The government was looking at the environment with a different lens than in the past. Concrete steps to daily life had to be taken for the 2050 targets to be met and for Malta to also be a leader in this area.

Turning to Gozo, Abela said the second fibre-optic cable was being built soon to create more employment in Gozo for Gozitans.

The Prime Minister attacked the PN as indecisive, saying that it was in favour of a Malta-Gozo tunnel in its pre-Budget document but now seemed to be wavering.

Grech said on Monday that the decision should be left up to Gozitans and that independent expert advice about the issue was required.

Abela, recalling that the PN had voted in favour of a commitment to build a tunnel, derided his counterpart as indecisive.

'Malta is full-up for irregular migrants'

Abela then turned to migration.

He said that negotiations with authorities in Libya had worked and that the statistics proved it.

Abela made a distinction between foreign workers with a valid work permit and irregular arrivals who arrived by boat. While the former were welcome, the latter were not, he said. 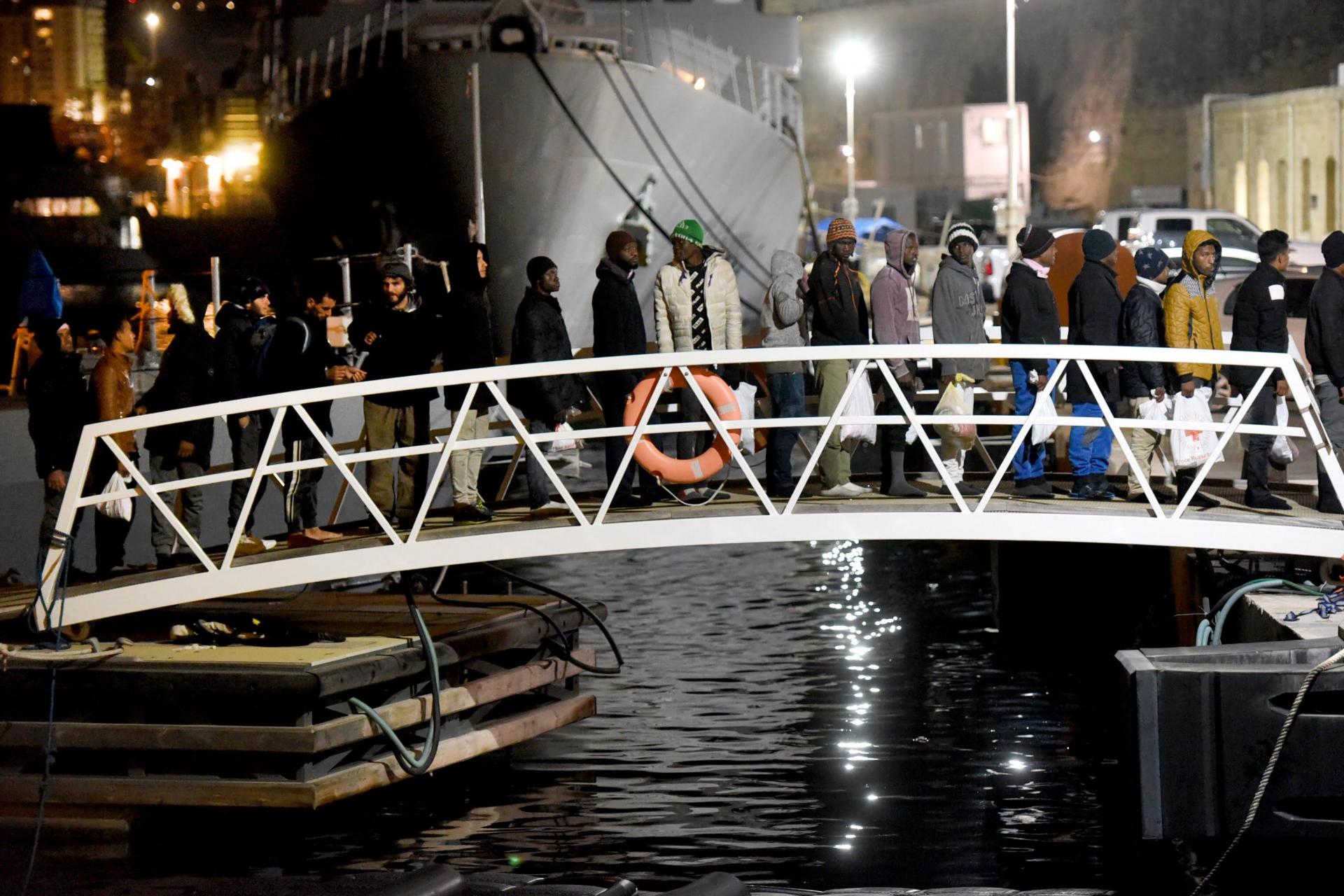 “My position is clear: Malta is full up,” he said to tepid applause from the Labour side of the house.

He challenged Grech to back that stance, telling Grech that the PN’s political grouping within the European Parliament, the EPP, had a much harsher position on migration than the Labour Party’s.

Abela said that Malta will pass the Moneyval test as it had already passed that of the Venice Commission.

Abela noted that he and Grech seemed to be on the same page when it came to plans to introduce a gender equality mechanism into parliament to increase the share of women MPs.

The Prime Minister also said he wanted to ensure there would not be discrimination with LGBIT people. Malta had to remain the champion of civil rights.

Divorce laws would be changed to strike a rule requiring couples to be separated for four years before they could get a divorce, Abela indicated.

On sports, he said this was crucial for the country's development and the government would also be investing greatly in this field.

Abela wrapped up his speech by saying he dreamt of a country distinguished by equality, where education and sports formed citizens who would continue to improve the country, where the environment was enjoyed and safeguarded for future generations.

He said that the country would achieve more successes following the pandemic, with all people of goodwill working together.

"The future for Malta is bright," he concluded.