Roberta Metsola has been elected president of the European Parliament, the highest international post ever held by a Maltese national, by a landslide.

Metsola secured 458 votes of the 616 cast, amounting to 74 per cent in the first round of voting among MEPs on Tuesday. According to voting rules, the winning candidate must secure an absolute majority of votes cast.

The EP announced that 690 had been votes cast, 74 were blank or void.

She required a majority of 309 votes. 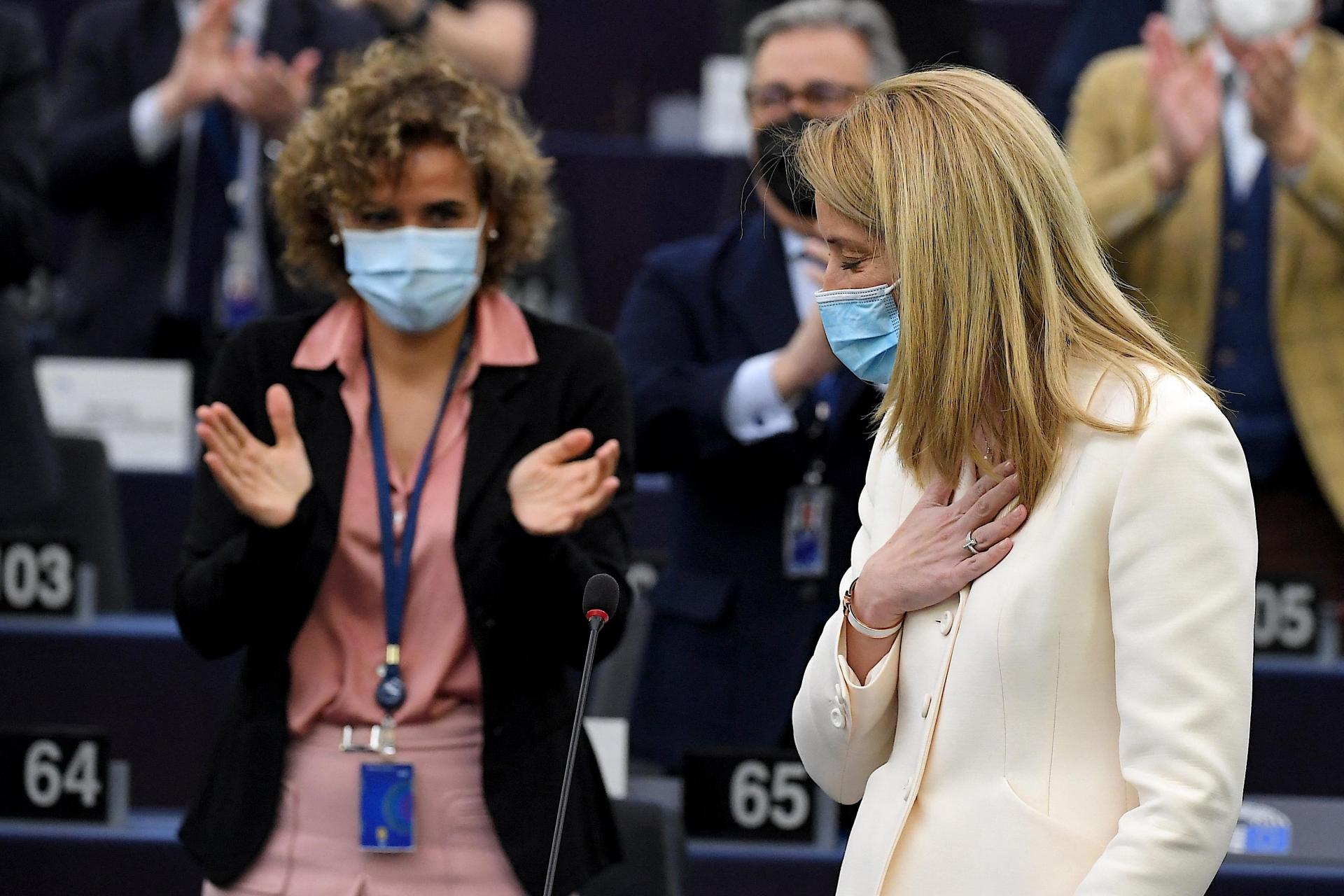 Metsola acknowledges the applause of the chamber. Photo: AFP

The result was announced at 11 am.

Metsola, who turned 43 on Tuesday, becomes the youngest-ever president of the EP.

"I am humbled by the responsibility entrusted to me today," she said. "You can count on me to represent the European values our House stands for."

She won what started off as a four-horse race but turned into a three-way dash on Monday morning.

She ran against the Greens’ candidate Swedish MEP Alice Bah Kuhnke and Spanish MEP Sira Rego from the Left.

Polish MEP Kosma Zlotowski, who had been set to run as the European Conservatives and Reformists candidate, withdrew his candidacy on Tuesday, giving no reason.

During her speech on Tuesday morning, Metsola laid out her priorities: from modernising parliamentary practices to encouraging diversity and tolerance.

She takes control of the EU’s legislative body for two and a half years at a delicate time for the union.

Parliament heads toward the 2024 elections with a to-do list that includes, digitizing the economy, beefing up the bloc’s military, slashing carbon emissions, and shoring up rule-of-law across Europe. 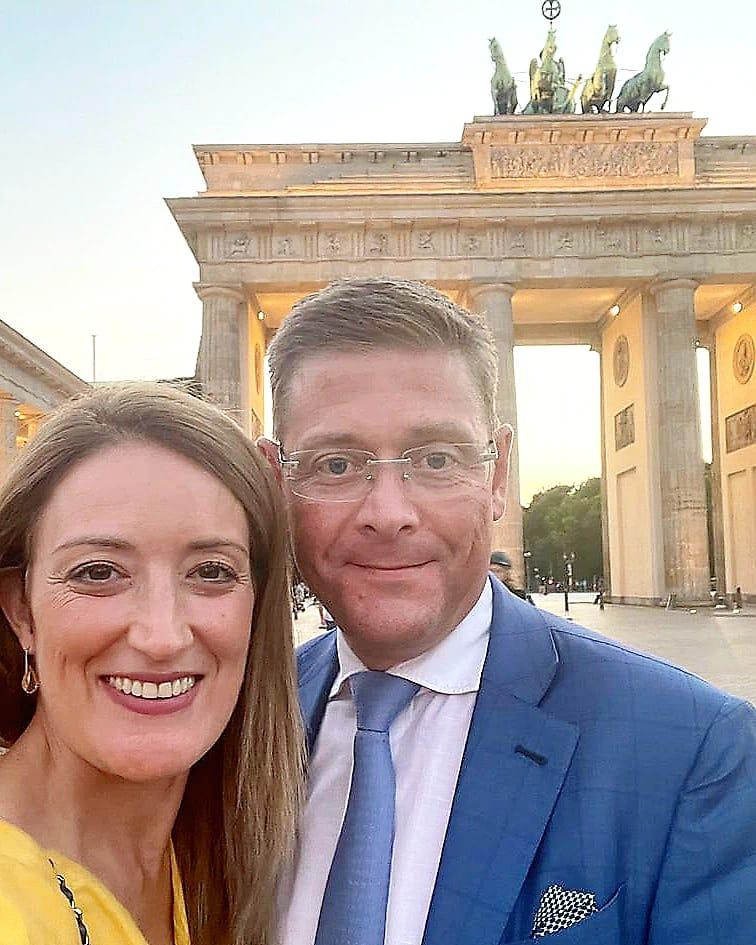 Roberta Metsola with her husband Ukko.

A lawyer specialised in European law and politics, she had served as Malta's Legal and Judicial Cooperation Attaché within the Permanent Representation of Malta to the European Union and legal advisor to the high representative of the union for foreign affairs and security policy, Catherine Ashton.

Married since 2005, they have four sons.

She told MEPs she was humbled by the vote result, and opened by paying tribute to her predecessor David Sassoli, who passed away earlier this month.

Switching then to English, Metsola said she wanted people to recapture a sense of enthusiasm for the “European project”.

“Dear Europeans, in the next few years people will look to our institution for inspiration, while others will continue to test the limits of our values and European principles,” she said.

Metsola said MEPs have a role to play and must fight back against “anti-EU sentiment which takes hold so quickly and so easily”.

Switching then to French, Metsola said that as this year is dedicated to youths, the EP must work particularly for them.

Because tomorrow is too late.

Rolling off her top priorities for the EP, Metsola said that as the EP’s Strasbourg home believes in science, it must continue to renew its efforts against climate change.

“Because tomorrow is too late.”

Like the green transition, the digital transformation presents opportunities for Europe.

The EP must be at the forefront of this too, she said.

A warning for those who see Europe as a threat

For autocrats and despots, Metsola said, the EU is a threat “simply for existing”.

Switching back and forth between English and French, Metsola turned to Cyprus, which is partly occupied by Turkey.

“We can never be truly whole while Cyprus remains split,” she said to applause from the Cypriots in the chamber.

The EP must also keep the Balkans in its thoughts and work to help unite them with Europe.

To those who seek to destroy Europe, know that this house stands against you, she proclaimed.

Metsola also had some words of the families of Daphne Caruana Galizia and Jan Kuciak, both journalists killed by those seeking to silence them and their work.

“Your fight for truth and justice is our fight,” she said.

Metsola also had some words about women in politics.

Twenty-two years ago, she said, Nicole Fontaine was elected as EP president.

That had come 20 years after Simone Veil.

“It will not be another two decades until the next woman is standing here,” she said.

“Europe is back, Europe is the future, Vive L’Europe!” her speech ended.

After a round of applause, she told the chamber “thank you, and now we get to work”.