PN MEP Roberta Metsola has been chosen as the EPP's candidate for the European Parliament's presidential election on January 17. 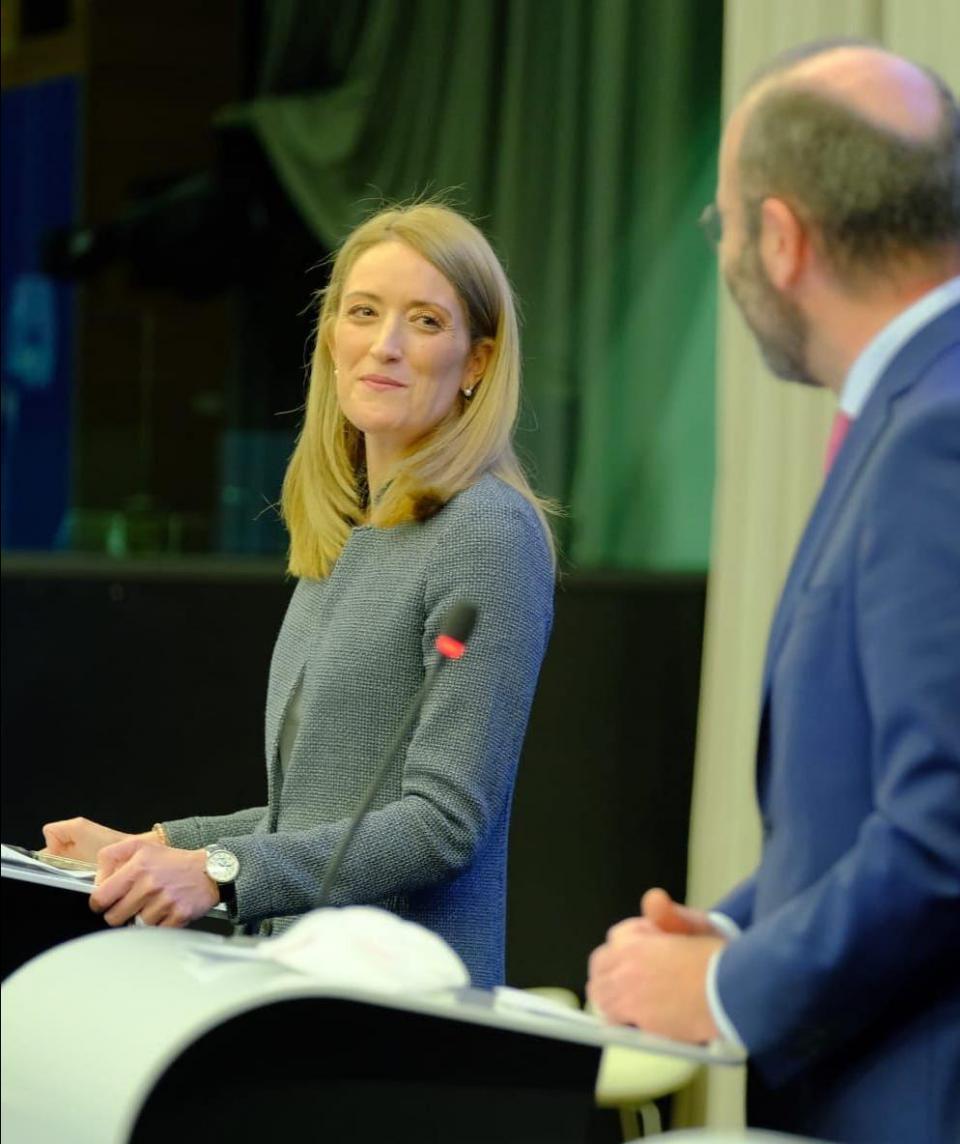 Metsola and Weber addressed the media soon after the vote. Photo: EPP

Immediately after the vote, Metsola said: "I am honoured to have been given a strong mandate by the EPP Group to be its candidate for President of the European Parliament.

"The second half of this legislature will be critical for Europe - I will work hard to keep building bridges in this House as we work together in pushing forward important legislative files and bringing decision-making closer to people in every member state.""

Congratulating MEP Roberta Metsola on her nomination, and for being chosen by the EPP to represent them in the quest for the prestgious office of President of the European Parliament. Wishing her all success in her future career.

She told a press conference that the next two-and-a-half years will be among the most critical for Europe, as it emerges from a devastating pandemic and "plugs holes" in the EU's foundations.

Metsola also tweeted: "we need to bring Europe back to people and work to get people to recapture their belief in our Europe".

EPP Group Chairman Manfred Weber meanwhile confirmed the EPP group's commitment to the agreement between political groups in the European Parliament of July 3, 2019, that the president of the parliament in the second half of the term should come from the ranks of the EPP Group.

He told the media soon after the vote, that Metsola would be the youngest president in the history of the European Parliament.

Metsola would also be EPP's first female candidate - and MEP from a small member state - in more than 20 years.

Weber referred to her as " a very convincing candidate for the other groups".

‼️ BREAKING ‼️ 🇪🇺 @RobertaMetsola is the @EPPGroup’s candidate for President of the European Parliament in January 2022. 🇪🇺 She is an exceptional candidate to lead this Institution and work with all political families. 🇪🇺 She will deliver for all Europeans! pic.twitter.com/wmbIy9PhTO

It remains unclear whether the incumbent, Socialist & Democrat MEP David Sassoli, will seek a second term.

Other political groupings, such as the Greens, may also choose to nominate a candidate.

The EPP is the largest party in the EU parliament.

If she wins on January 17, Metsola will be the highest-ranking politician in Maltese history and the first woman to be elected as EU parliament president in over 20 years.

She already made history when she was elected first vice-president of the European Parliament, the most senior role ever occupied by a Maltese.

In June, Times of Malta reported that Metsola had rejected an offer by Bernard Grech for deputy leader of the Nationalist Party.

Earlier this week PN MEP David Casa gave up his role as quaestor of the European Parliament to make it possible for Metsola to enter the presidential race.

On Wednesday he congratulated Metsola, saying " we did it".

"No more glass ceilings - RobertaMetsola has smashed them all! This is history in the making," Busuttil told his Twitter followers.

Matthew Caruana Galizia tweeted: "What a triumph for a person our government constantly attacked as a traitor. And why? Because she called for justice for my mum."