A rock fall has buried most of the secluded pebble beach at Fomm ir-Riħ, to the dismay of swimmers and ramblers alike.

Speaking to Times of Malta, Maria Scerri, who took the images, said she witnessed the collapse roughly two weeks ago. No one was injured.

The area draws trekkers, particularly in winter, who follow a narrow path along the clay cliff face enjoying picturesque views.

The beach, though difficult to access, is enjoyed by snorkellers for its undisturbed waters.

"That part of the northwest coast is characterised by an unstable coastline, with limestone layers over clay deposits," Professor Pauline Galea of the Department of Geosciences told Times of Malta.

Fomm ir-Riħ is an interesting location due to its location at the tail end of the Victoria Fault Line, she added.

While seismic activity has been the cause of similar rock falls in the past, this instance did not appear to be seismically related, according to the department's monitoring data. 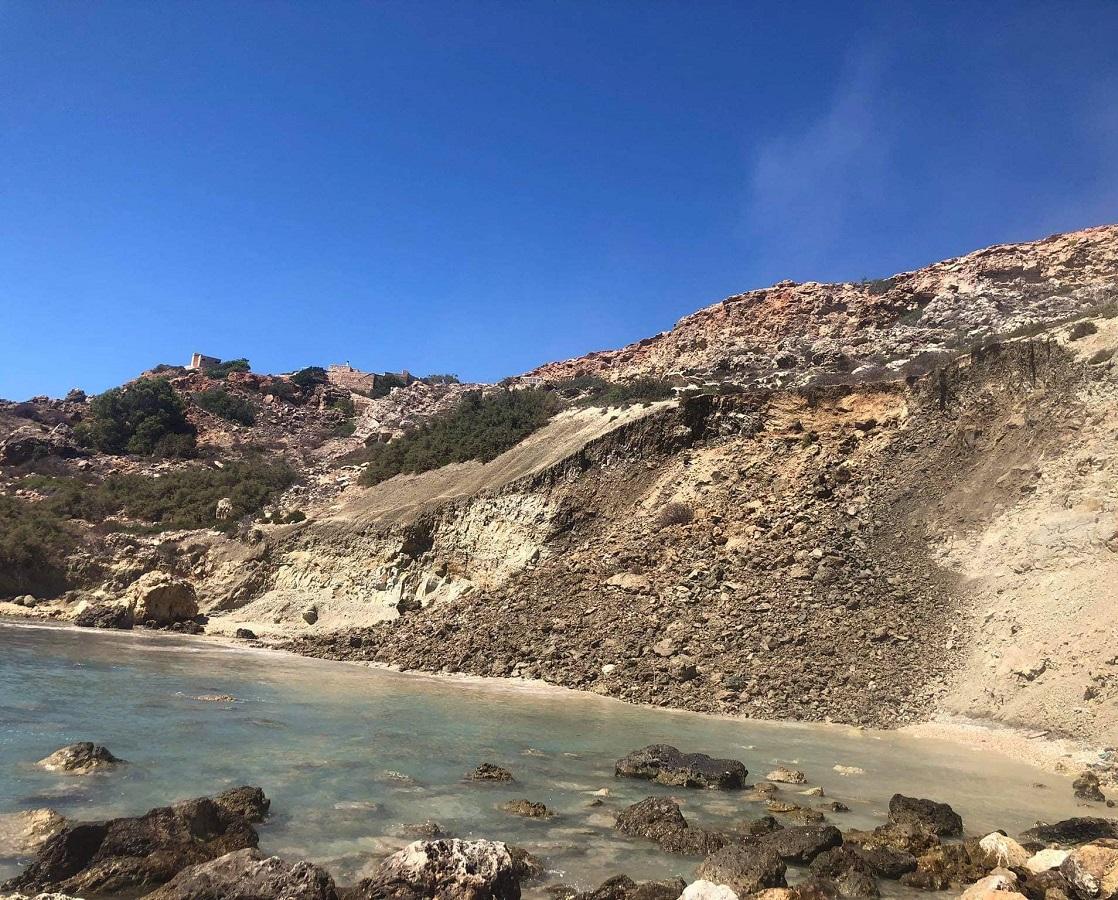 The remnants of the bay after the rock fall. Photo: It-Temp Madwarna/Facebook

"The exposed clay in the area is more susceptible to coastal erosion so it's plausible that this had been eaten away and caused instability," Galea said.

"It's quite shocking really, those clay slopes made that landscape one of the most iconic places in Malta," Bondin said.

"It's quite secluded and reaching it required a head for heights as one had to walk along a narrow path at the edge of the cliff face."

"At first glance it looks like the slope in the middle part of the bay has collapsed, so the (dangerous) access route along the cliffs would be usable. I don't think it's advisable to head down to the beach in those conditions."