Eddie Van Halen, the guitar virtuoso whose group is considered one of the greatest rock bands of all time, died on Tuesday following a long battle with cancer, his son announced.

“I can’t believe I’m having to write this, but my father, Edward Lodewijk Van Halen, has lost his long and arduous battle with cancer this morning,” Wolf Van Halen wrote in a message on Twitter with a picture of the rocker who was 65.

“He was the best father I could ever ask for,” he added. “Every moment I’ve shared with him on and off stage was a gift.

“My heart is broken and I don’t think I’ll ever fully recover from this loss. I love you so much, Pop.”

Born in the Netherlands and raised in California, Van Halen founded the rock group with his older brother Alex in the early 1970s and quickly earned a fan base. 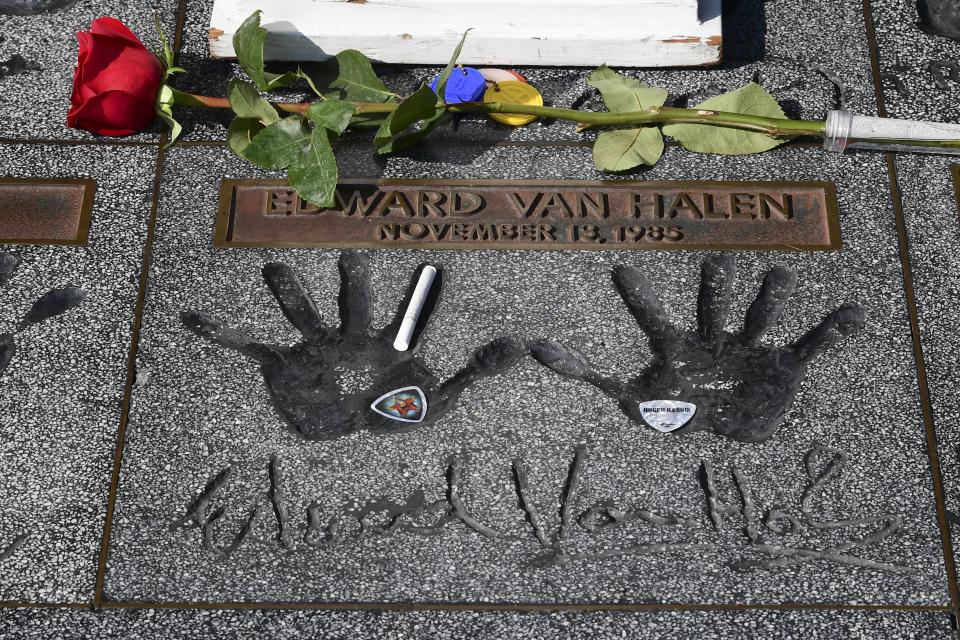 Mementoes including a rose, guitar picks and a cigarette are left on the handprints at the Guitar Center in Hollywood.

He was famous for what became known as ‘finger tapping’ – playing the guitar with two hands, like a piano.

He was also known for his guitars, including one named Frankenstein which he pieced together from part of other instruments.

Among the group’s classics are Jump, Panama, Runnin’ with the Devil, and the guitar solo Eruption.

“Ed’s a once- or twice-in-a-century kind of guy. There’s Hendrix and there’s Eddie Van Halen,” friend and guitarist Jerry Cantrell of Alice in Chains said during Grammy weekend in January 2019.

“Those two guys tilted the world on its axis.”

Van Halen has sold more than 75 million albums and has more number one hits on the mainstream US rock chart than any other artist, according to the band’s label.
The group’s album 1984 was to be the band’s high point, giving them their only number one single Jump.

The creative tension within the band boiled over during the 1984 tour, with Eddie Van Halen and original frontman David Lee Roth falling out. Roth left the band in April 1985.

One of his gripes with Eddie Van Halen was reportedly the rocker’s outside work that included providing the lead-in guitar for Michael Jackson’s 1983 smash hit Beat It.

However, Van Halen announced a reunion tour in 2007 with Roth performing with the group for the first time in 22 years.

Another tour planned in 2012 had to be cancelled after Eddie Van Halen had to undergo emergency surgery.

But the band reunited again in 2015 for an extensive North American tour.
Eddie Van Halen was known to have health problems that would interfere with his work for years.

He underwent hip surgery in 1999 and had part of his tongue removed in 2000 after being diagnosed with cancer, likely because of heavy smoking.

Although he was declared cancer free following the surgery, the American tabloid news site TMZ reported earlier this year that he had been going to Germany for throat cancer treatment. 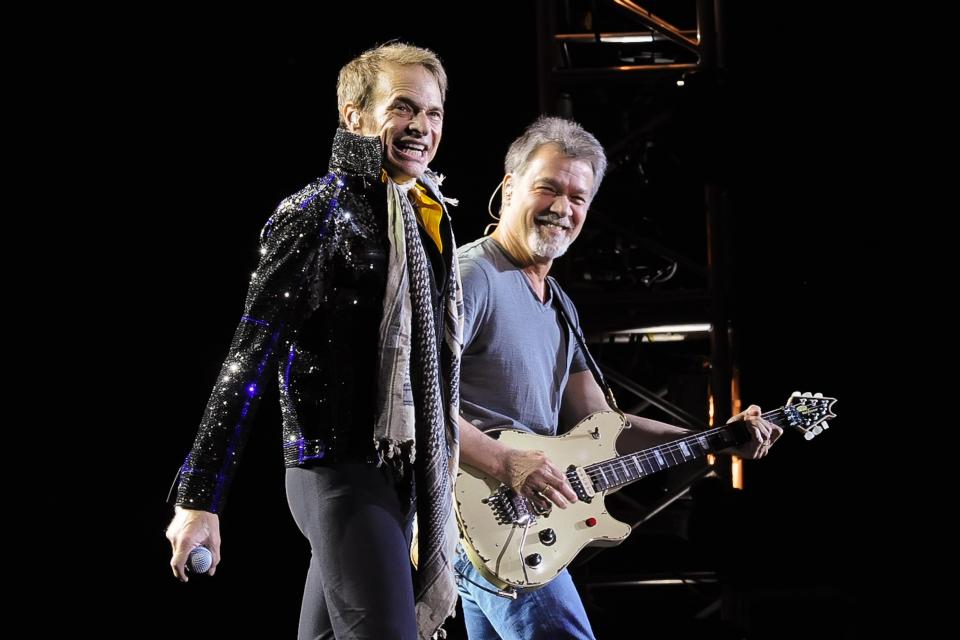 His drug abuse and heavy drinking contributed to his 2007 divorce from TV actress Valerie Bertinelli after 16 years of marriage.

“I was an alcoholic, and I needed alcohol to function,” he said in a 2015 interview with Billboard magazine.

“I didn’t drink to party. Alcohol and cocaine were private things to me. I would use them for work. The blow keeps you awake and the alcohol lowers your inhibitions.

"I’m sure there were musical things I would not have attempted were I not in that mental state.”

Tributes from some of the biggest names in the music world poured in Tuesday following news of his death.

“I’m just devastated to hear the news of the passing of my dear friend Eddie Van Halen. He fought a long and hard battle with his cancer right to the very end.

"Eddie was one of a very special kind of person, a really great friend. Rest in Peace my dear friend till we meet again,” Black Sabbath’s Tony Iommi tweeted.

“Sad to hear Eddie Van Halen has passed away. A guitar innovator with a fierce spirit of musical and technical exploration. Prayers and thoughts with his family and friends,” Yusuf/Cat Stevens tweeted.

The rocker is survived by his second wife Janie Liszewski and his son, as well as his first wife Bertinelli.