A room in Żurrieq used for the storage of fireworks and firework equipment blew up on Wednesday afternoon, in what neighbours suspect was a lightning strike.

The room forms part of the Our Lady of Mt Carmel fireworks complex and is used for the mixing of fireworks materials.

People near the scene reported seeing a big cloud of smoke immediately after hearing thunder at 4.45pm. The room was reduced to rubble but other parts of the fireworks complex were unharmed.

Sources said there was no one in the room at the time and no one seems to have been injured.

The explosion was heard over a wide area in the south and central parts of Malta. 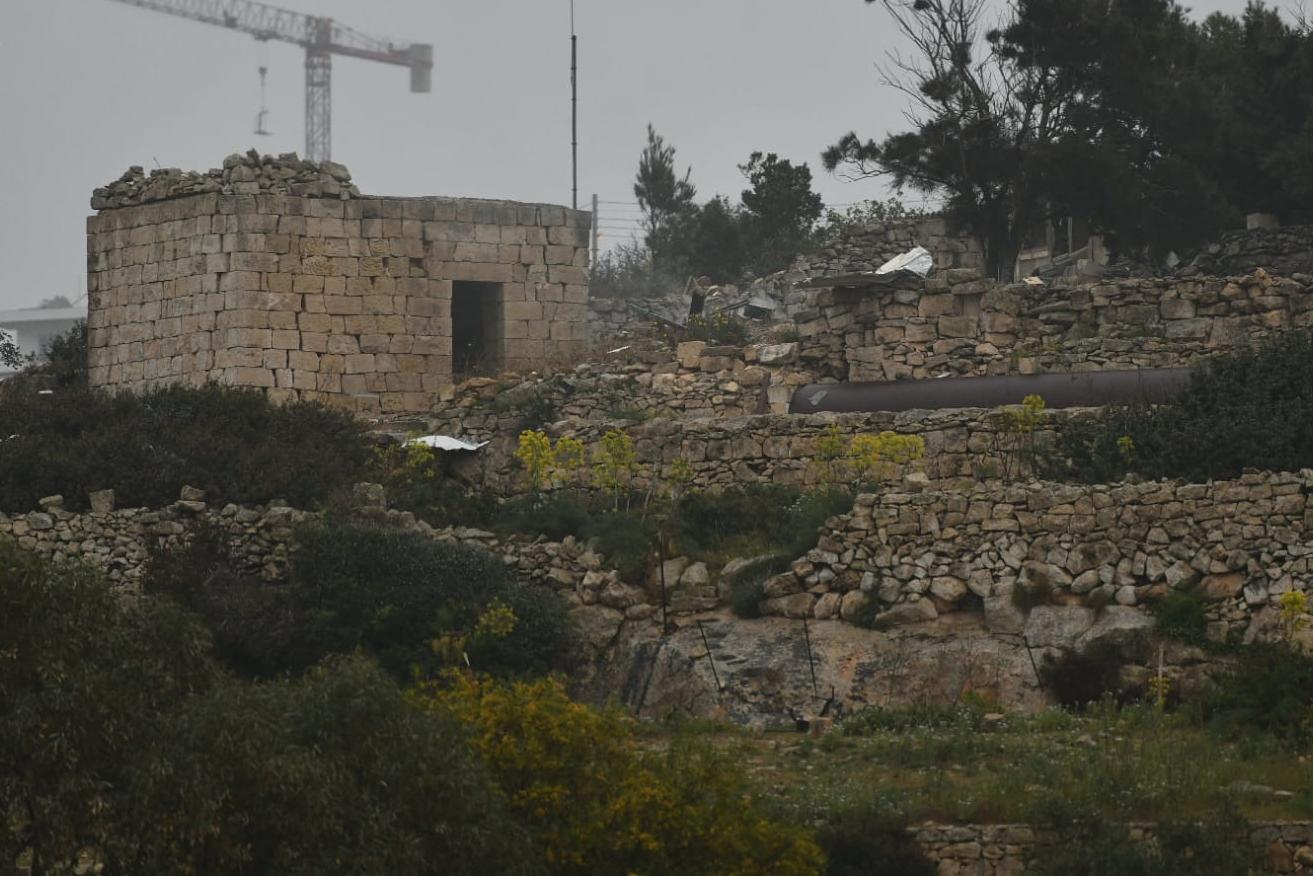 The scene of the explosion, Other parts of the fireworks complex were not damaged. (Picture: Jonathan Borg)

The army's explosives ordnance disposal unit, paramedics and personnel from the Civil Protection Department were on the scene.

The rival St Catherine Fireworks Factory in a Facebook post expressed its solidarity with Mt Carmel Fireworks after the incident.

Two men were killed on the same site on May 4, 1989 in another explosion caused by a lightning strike. 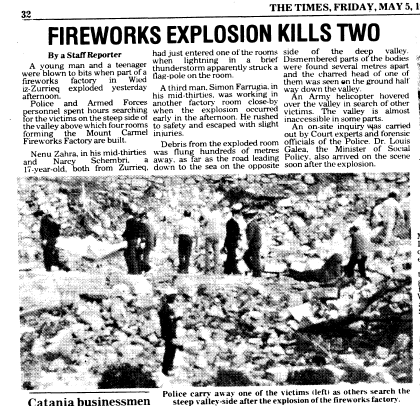 The Times of Malta report of a similar incident on the same site which had left two men dead.