The UK’s original rum distiller has teamed up with the world’s most famous explorer to produce an adventurous, very aristocratic and exclusive new British-made rum.

‘Ran’ is the spirit of adventure encapsulated. He crossed both Antarctica and the Arctic on foot, discovered the Lost City of Ubar in Oman and climbed Mount Everest at the age of 65. 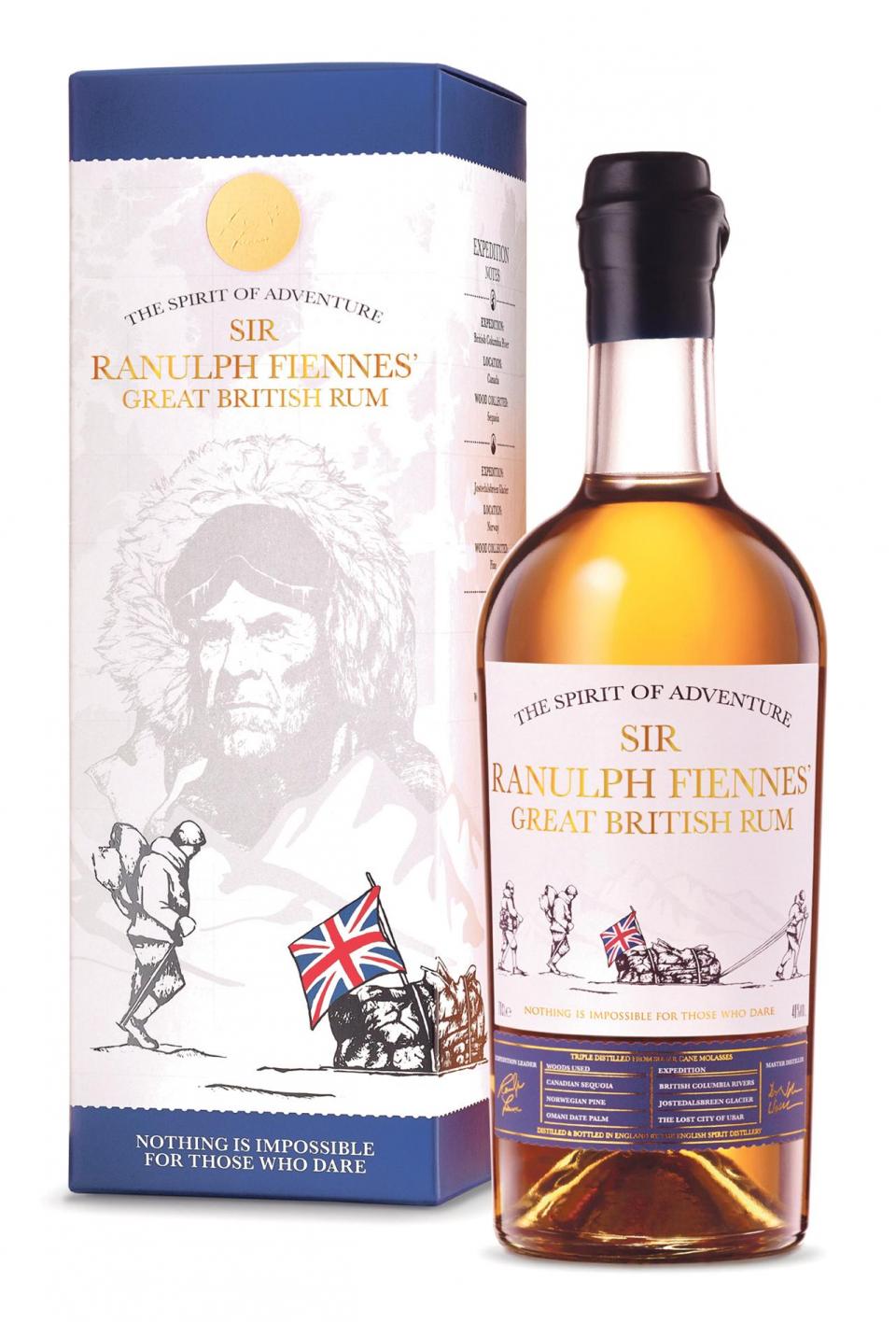 The English Spirit distillery in Great Yeldham, Essex – also produces Old Salt Rum. This is the original British rum named after the old salt depot in Dullingham, Cambridgeshire, where it was first made and is recommended not only for a ‘dark n stormy’ but also for a cajun sauce.

A second distillery will open in Cornwall in spring.

British premium rum is worth exploring. It is considered the new gin.

The UK’s artisanal craft spirits makers are, in fact, turning to rum.

The oldest rum distillery still operating since 1703 is Mount Gay in Barbados. Staten Island had a distillery in 1664.

Ancient Indians drank shidhu, which was distilled sugar cane juice. The Malays had brum and Cyprus, the centre of sugar production in the Middle Ages, claims to be the home of rum (‘sugar’ is translated as ‘saccharum’ in Latin).

Although made from peanut butter, the UK’s unique Shelly’s Rumbutt is suitable for nut allergy sufferers.  Partington is now an honorary teaching fellow at Lancaster University’s Business School.

It is considered the new gin

“Rum is such a versatile spirit to add flavours to.  I had a bottle of rum in my kitchen and thought I would pop in some peanut butter and powder. I tweaked the quantities. And after 11 versions came up with Rumbutt. It can be served with lemonade and lots of ice, garnished with fresh raspberries. Raspberry juice is a good pairing,” Partington said.

Strictly and legally speaking and clearly labelled as such, Shelly’s Rumbutt is a peanut butter flavoured rum-based spirit drink. Shelly’s also produces Rumbarb, a blend of Caribbean dark rums with rhubarb, demerara and vanillas as well as Raspberry Ripple and Manchester Tart gins.

“The craft movement is not a fad. It is a recognition of the value that more of us are placing on sourcing, ingredients and innovative production methods!

“Motivated by the disaster of our barn burning down, we set about creating a true craft. We blend the finest molasses-rich Column and Pot still rums from the Diamond Distillery, just outside Guyana’s capital Georgetown. We use a French Savalle still, a Wooden Coffey still and a Double Wooden Pot still, known as the Port Mourant. The rum is then matured in the Caribbean heat for two to three years in American oak casks that once held Bourbon whiskey.

“Ours is the UK’s first smoked rum. We are a small family-run craft producer with a history in fruit growing,” Jenner said.

In Chorlton, Manchester, Cleo Farman makes Diablesse, whose name comes from a legendary story about a Caribbean seductress who enticed men into a forest and these were never to be seen again.

Back to Sir Ranulph Fiennes Great British Rum, Walters said: “The rum we have made for Sir Ranulph is very special indeed. We have started by fermenting and triple- distilling pure sugar cane molasses to an exceptionally high standard. But instead of putting the rum into a wooden barrel to age for a year or more, we have distilled the rum with the wood and skipped the ageing process altogether.

“We have used three different woods, each one inspired by some of Ran’s favourite and best-known expeditions. These are Canadian sequoia (British Columbia Rivers expedition), Norwegian pine (Jostedalsbreen Glacier expedition) and Omani date palm (Lost City of Ubar expedition).

“By distilling with these woods, rather than infusing, we are able to grab a different range of flavours that influence the molasses base. Not only have we produced a rum that is timeless but also opened the door for an entirely new dimension of flavour influences.

“Look for deep orange, caramel and spiced Christmas cake on the nose. Tobacco and vanilla, followed by a mix of milk and dark chocolate, then a final lick of golden liquorice. I really do see us as the only Michelin Star distillery.”

You will not get frostbite but you might get a little red in the face.

The first edition of Sir Ranulph Fiennes Great British Rum is available to purchase online at www.sirranrum.com. This limited release is wrapped in a replica map from Ran’s expedition to the Lost City of Ubar in 1992.