Russia, China and Iran have mocked the United States after the storming of the Congress on Wednesday.

Konstantin Kosachyov, the chair of the Russian upper house's foreign affairs committee, said the stunning events in the US capital showed that Washington had no right to lecture other countries on democracy.

"The losing side has more than enough grounds to accuse the winner of falsifications -- it is clear that American democracy is limping on both feet," Kosachyov said in a post on Facebook.

"The celebration of democracy has ended. It has, unfortunately, hit rock bottom, and I say this without a hint of gloating.

"America no longer charts the course and so has lost all right to set it. And, even more so, to impose it on others."

America no longer charts the course and so has lost all right to set it. And, even more so, to impose it on others

Moscow has long bristled at US criticism of the state of Russian democracy under President Vladimir Putin, accusing Washington of hypocrisy and condescension.

Russian commentators have gleefully pointed to Trump's refusal to recognise the results of November's election, and growing divisions in the United States, as evidence of the country's decline.

The Kremlin has been accused of fostering those divisions with a campaign of interference and disinformation, including alleged attempts to disrupt the 2016 election in Trump's favour that prompted an FBI investigation.

China's internet erupted in mirth at America's troubled democracy after supporters of President Donald Trump broke into the US Capitol, comparing the chaos to the Hong Kong anti-government protests of 2019.

The latter saw hardcore Trump fans invade the US Capitol to protest the election defeat, taking selfies, scuffling with security and ransacking parts of the building.

"@SpeakerPelosi once referred to the Hong Kong riots as 'a beautiful sight to behold'," the Global Times said in the tweet, referring to Speaker of the House Nancy Pelosi's June 2019 comment about Hong Kong's mass pro-democracy demonstrations, which were mostly peaceful at that time.

"It remains yet to be seen whether she will say the same about the recent developments in Capitol Hill."

The hashtag "Trump supporters storm US Capitol" pinballed across Weibo on Thursday, racking up 230 million views, as users compared the global support for Hong Kong's protesters with the outpouring of condemnation for the pro-Trump mob. 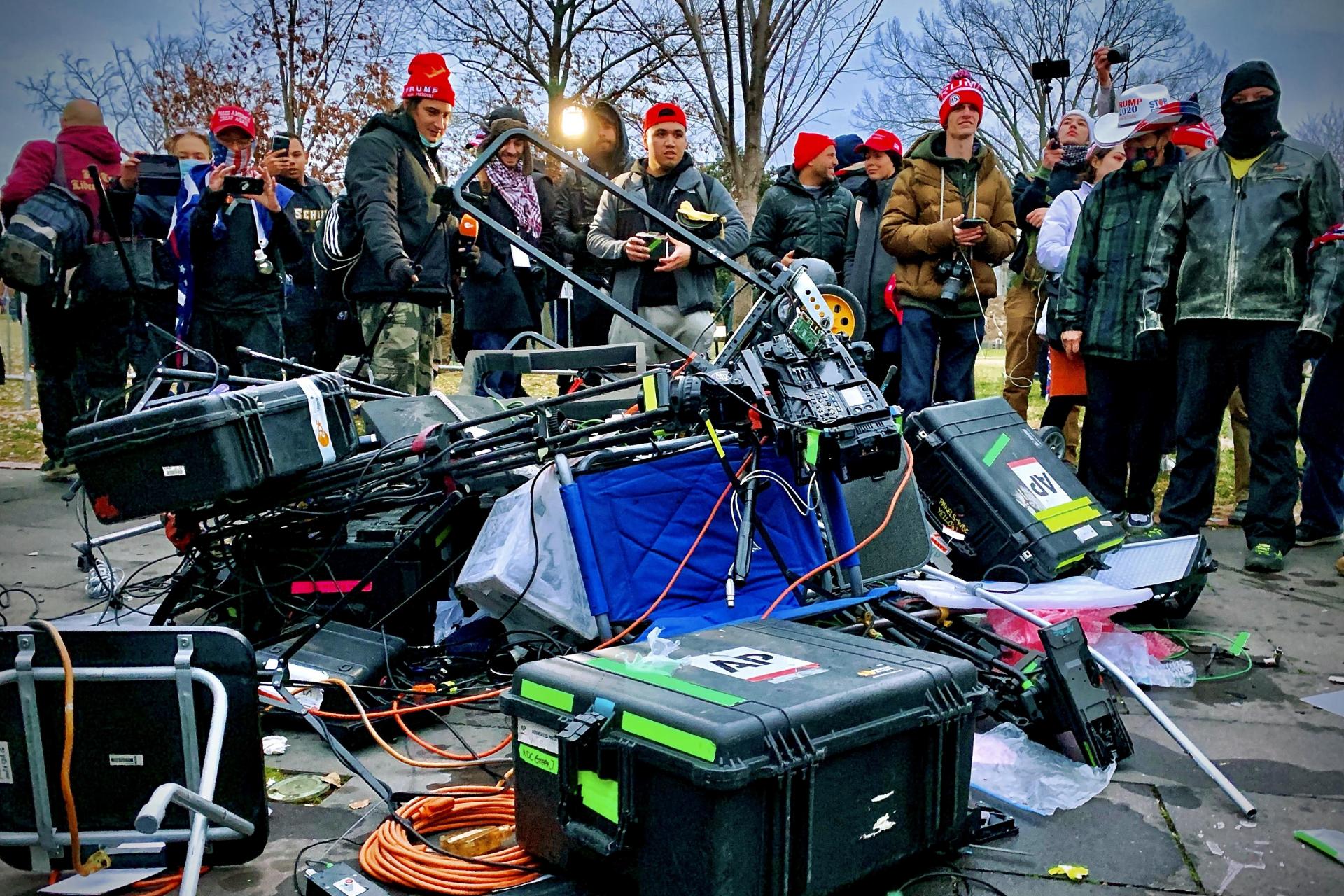 "At present, all European countries' leaders have shown double standards and condemned it (Washington rioting)," read one Weibo comment which gained over 5,000 likes.

"I don't know what kind of double-standard reports will be carried by Hong Kong or Taiwan media this time."

"What happened in the Hong Kong Legislative Council last year is being repeated in the US Capitol," wrote another user in a comment with over 4,500 likes.

While the tactics were similar, there are stark differences in the causes and motivations of the two legislature stormings.

Hong Kong protesters broke into their legislature to demand full democracy and halt an unpopular bill that was being pushed through by the city's unelected leadership.

The semi-autonomous Chinese city is not a democracy, the cause of years of popular protests.

China has since responded with a crackdown, imposing a harsh security law on the restless city, arresting scores of critics and smothering dissent.

In contrast, those storming the US Capitol were trying to overturn the results of what has been declared a free and fair presidential election.

US President-elect Joe Biden said the US rioters were undermining democracy by trying to overturn Trump's defeat in November's election.

Iranian President Hassan Rouhani said Thursday that the chaos unleashed on the US Capitol by US counterpart Donald Trump's supporters exposed the fragility of Western democracy.

"What we saw in the United States yesterday (Wednesday) evening and today shows above all how fragile and vulnerable Western democracy is," Rouhani said in a speech broadcast by state television.