Russian President Vladimir Putin has said that under no circumstances would he give Crimea back to Ukraine, speaking in a new documentary released Sunday ahead of his expected re-election in next week's poll.

"What, have you gone mad?" he told a journalist who asked him if there were any circumstances under which the Russian leader would be ready to give up Crimea.

"There are no such circumstances and never will be," he said in the new two-hour documentary "Putin".

It was published on the social media accounts of notorious pro-Kremlin TV host Dmitry Kiselev ahead of a presidential election on March 18.

Russia annexed Crimea from Ukraine in 2014 and supported Russian-speaking insurgents in the east of the ex-Soviet country after a Western-backed popular uprising ousted a Kremlin-backed regime from power in Kiev.

The peninsula's annexation led to European and US sanctions against Moscow amid the most serious crisis in ties with the West since the end of the Cold War.

The documentary -- produced by journalist Andrei Kondrashov, who is a spokesman for Putin's campaign -- features interviews with a number of the Russian leader's allies including former German Chancellor Gerhard Schroeder and childhood friend cellist Sergei Roldugin.

The secretive chief executive of oil giant Rosneft, Igor Sechin, said he had served under Putin in various capacities for nearly 30 years and that the president was "a very careful person". 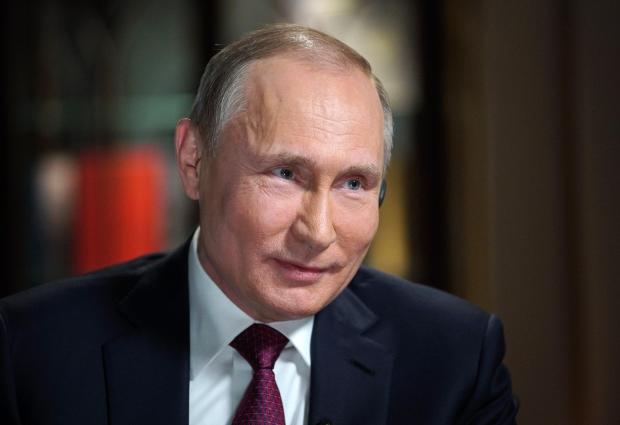 Vladimir Putin has ruled out any possibility of the Crimea being returned to Ukraine. Photo: AFP

"Honestly speaking, I don't know a single mistake he has made over these years," Sechin said in rare public comments.

"He is very careful at making decisions."

Speaking on everything from his family to childhood to love and happiness, Putin said he was capable of forgiving.

"But not everything," he quickly added, noting he could not forgive a betrayal.

"Generally speaking, I cannot complain that I've come across any serious events that could be called a betrayal," Putin said.

Running against a motley crew of seven challengers, Putin is expected to take nearly 70 percent of the vote with a turnout of more than 60 percent, according to state-run pollsters.