A naturalised Maltese person is to be stripped of their citizenship after the US added her to its sanctions list, saying she has ties to Russian intelligence services.

The US Treasury Department’s Office of Foreign Assets Control on Thursday added 21 entities and 13 individuals to its sanctions list, saying they are “operators in the Russian technology sector” that helped Russia illicitly procure dual-use equipment and technology for its defence sector.

They are the latest companies and people blacklisted by the West, which is targeting wealthy Russians with ties to Vladimir Putin's Kremlin, following the invasion of Ukraine.

Three of those companies are based in Malta.

Among those 13 individuals is Evgeniya Vladimirovna Bernova, who is listed as a Russian national who also has Maltese citizenship. Bernova is linked to Malberg Ltd, one of the companies on the sanctions list, through her shareholding in Djeco Group Holding Ltd.

The US government said that Bernova is an associate of the Moscow-based OOO Serniya Engineering, a company that Washington says is at the heart of a  procurement network “engaged in proliferation activities at the direction of Russian Intelligence Services".

Serniya, the US says, operates through companies in several countries, among them the Malta-based Malberg.

“Malberg has worked to deceptively acquire dual-use equipment on behalf of Russian end-users,” the US said.

In addition, the US said that Moscow-based Sernia-Film Co Ltd, where Bernova has served as a director, has facilitated the export of equipment by Malberg to intended government end-users in Russia. 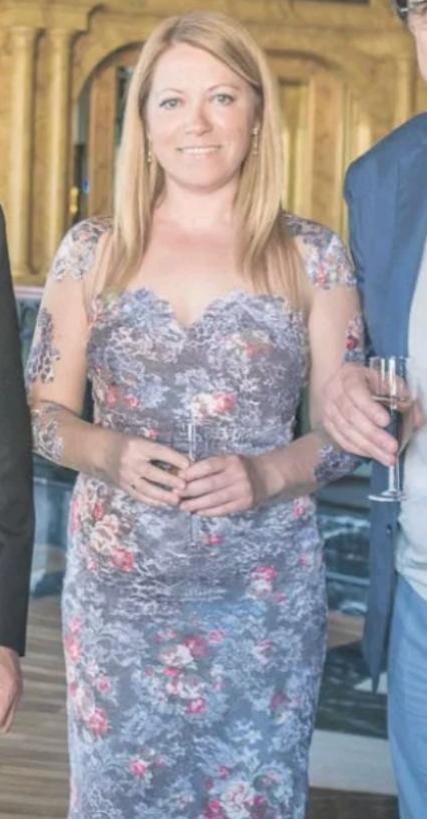 Bernova at a 2016 reception in Malta.

Also added to the US sanctions list and linked to Bernova and Malberg is Nikita Aleksandrovich Sobolev, who serves as director of the Malta-based firm and is a Maltese resident, according to US information made public.

Bernova and Sobolev are also the joint directors of a Maltese company that leases high-end camera equipment to film crews shooting on the island, MaltaRent. That company does not feature on the US list.

Djeco Group Holding Ltd and Maltarent Ltd were also added to the US sanctions list. Both are Malta-based companies that the US says formed part of the network that worked to "deceptively acquire dual-use equipment on behalf of Russian nationals".

Malta's Home Affairs Ministry did not name whose citizenship is being stripped and did not specify how the person in question had acquired that citizenship in the first place. 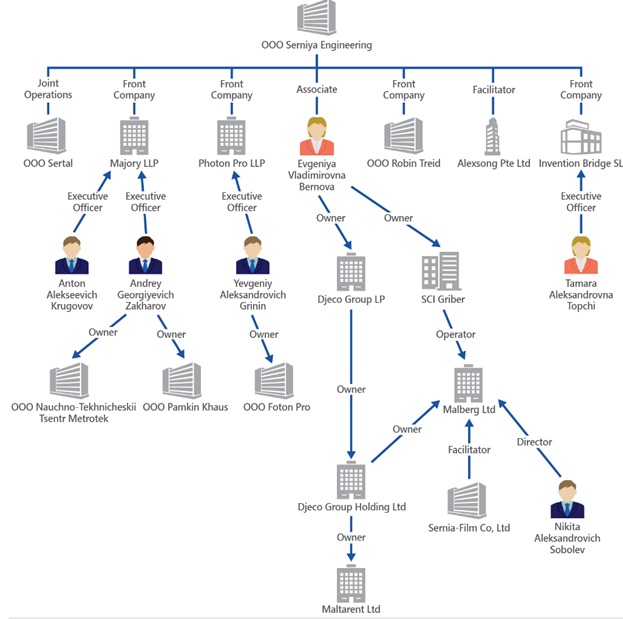 A graphic provided by the US Treasury Department illustrates the Serniya network's reach.

It instead noted that Home Affairs Minister Byron Camilleri has started the “deprivation process” to strip the unnamed person of their Maltese citizenship,  in line with provisions in the Maltese Citizenship Act and subsidiary legislation.

Malta, Cyprus and Bulgaria have come under pressure from the European Union to strip Russian and Belarussian nationals who bought EU citizenship through golden passport schemes of their EU passports.

Malta froze its controversial cash-for-passports scheme for Russia and Belarus last month, saying at the time that no person who featured on the sanctions list was a Maltese citizen.

What do the sanctions mean?

As a result of Friday’s sanctions, all property and interests of the designated persons that are in the US or in the possession or control of US nationals are blocked and must be reported to OFAC.

In addition, any entities that are owned, directly or indirectly, individually or in the aggregate, 50 per cent or more by one or more blocked people, are also blocked.

This means, that unless specifically authorised, all US transactions with these entities are prohibited.

Also, financial institutions and other people that engage in certain transactions or activities with the sanctioned entities and individuals may expose themselves to sanctions or be subject to enforcement action.

In a guidance note issued on Friday and seen by Times of Malta, Malta’s Sanctions Monitoring Board said it is helping EU and international investigations into the sanctioned activity.

While OFAC sanctions are not enforceable in Malta, the SMB recommends that Maltese economic operators undertake the necessary due diligence when dealing with people, entities and bodies listed by national sanctions of other countries.

Operators should pay close attention to the reasons why such sanctions have been imposed in the first place, the SMB said.

“The SMB is also calling public entities to undertake any necessary action, if provided for, in line with their respective local legislation.”