A months-long probe into Satabank has exposed “highly suspicious” payments into the same company by alleged fuel smugglers and a high-profile criminal lawyer, internal documents show.

The financial intelligence, passed on to the Financial Intelligence Analysis Unit earlier this year, follows an exhaustive audit of the now defunct Satabank in St Julian’s by an international consultancy.

But lawyer Arthur Azzopardi insists the funds in question are not his but belong to his client and that he had not been questioned by the police on the matter.

The probe into the bank, which was effectively shut down in 2018 for a number of anti-money laundering breaches, has looked into the accounts and financial movements of several suspected organised crime groups – including alleged Maltese fuel smugglers.

Part of the probe focused specifically on the financial activities of fuel trader Gordon Debono.  Mr Debono was arrested in Italy in 2017, along with former Malta international footballer Darren Debono (no relation) and Libyan militia man Fahmi Ben Khalifa.

The three are suspected of forming part of a multi-million euro international fuel smuggling conspiracy with ties to the Italian mafia and Libyan armed groups.

So far, little was known about the amounts of money or persons allegedly involved in the alleged smuggling activities.

The audit and subsequent intelligence gathering exercise singled out a series of payments amounting to €1.9 million made to lawyer Arthur Azzopardi.

When contacted, Dr Azzopardi insisted the payments were legitimate business activities carried out on behalf of a client.

“All due diligence checks were made by myself prior to the transactions being handled. This included travelling overseas to verify all details supplied to me by my former client.”

He also insisted that all legislation was adhered to, expert advice was sought and that above all, the transfers were legitimate.

Asked about the provenance of the funds, Dr Azzopardi said they were “legitimate business transactions carried out by the client by effecting sales to a reputable international entity”.

Dr Azzopardi said he had personally contacted the police and had been informed that “neither I nor the subject matter of your communication is under investigation”.

He also said that he was informed that the bank’s administrators had “cleared the funds”.

The Sunday Times of Malta could not verify which funds, if any, had been cleared or released by the bank.  However, sources in the financial services regulator explained there could be a number of scenarios in which funds could be released while suspicions still exist over them.

Although this was “not ordinarily done”, the sources could not rule out that some funds may have been released by the bank.

Sources also said that the financial intelligence had been sent to the police’s economic crimes unit for further investigation several months ago.

However, questions sent to the police last week have still not been answered.

The criminal lawyer has defended a number of high-profile clients including alleged drug king pin Jordan Azzopardi, and Vincent Muscat, one of the three men accused of having been commissioned to conduct the car bomb murder of journalist Daphne Caruana Galizia.

Although the international auditing firm which analysed the Satabank accounts did not delve into the source of these “suspicious” funds, an in-depth analysis of the activity on Dr Azzopardi’s Satabank account sent to the FIAU for further analysis indicates that the money was later moved on to a company which is owned, at least on paper, by a Maltese accountant and tax advisor.

The same company also received some €2 million from Petroplus Ltd, one of Mr Debono’s companies.

Petroplus was one of several companies slapped with US Treasury’s Office of Foreign Assets Control (OFAC) sanctions in 2018 for alleged links to fuel smuggling.

The probe also looked into payments totalling €2.8 million, which were eventually made to another company owned by Mr Debono.

All of this activity, which was handed over to the FIAU and in some cases to the police, was described as being related to “illicit activity” and the auditing firm rated it as extremely high risk.

Among the issues flagged was why Mr Debono had chosen to open and trade through a number of companies set up in the British Virgin Islands and Belize, especially since he already owned a Maltese company engaged in the exact same type of activity.

The probe established that it was not unusual for these jurisdictions to be used to reduce transparency and avoid tax payments.

The probe also raised doubts over the recipients of some of these suspicious transactions.

While some of the recipients had been disclosed to the beleaguered bank when Mr Debono had first started doing business through Satabank, the probe found the main ones were actually different from those listed in the business profile.

Satabank had not requested any information about the source of Mr Debono’s wealth, even though the funds passed through his accounts ran into the tens of millions of euros.

The probe found that while Satabank had blocked one of Mr Debono’s accounts shortly after he was first arrested for alleged fuel smuggling by Italian authorities back in October of 2017, another of his accounts had remained open.

Who is Arthur Azzopardi?

Dr Azzopardi had once been a State prosecutor in the office of the Attorney General.

He had also worked at the law firm of Labour MP and former home affairs minister Manuel Mallia.

He had acted as the lawyer for Dr Mallia’s ministerial driver Paul Sheehan following the infamous roadside shooting incident that eventually led to Dr Mallia’s sacking from Cabinet.

Fast forward to the present day, and Dr Azzopardi is one of the managing partners of his own firm, Azzopardi Borg & Abela Legal.

He has acted as lawyer for Opposition leader Adrian Delia in a number of libel suits filed against the late journalist Daphne Caruana Galizia over reports accusing the PN leader of having laundered money from a Soho prostitution ring.

Dr Azzopardi was also a member of the Nationalist Party, however he was struck off the list of members after he confirmed reports that he had been a former freemason, which has been banned by the party statute since 1991. Specialised in criminal law, Dr Azzopardi has been defence counsel in a number of high profile cases, most recently he has taken on the defence of alleged drug king pin Jordan Azzopardi.

He is also representing Vincent Muscat, known as il-Koħħu, one of the three alleged contract killers, accused of having carried out the car bomb murder of Daphne Caruana Galizia.

Fuel smuggling: from Zuwara to Malta

Times of Malta has reported how the island has been at the centre of a well-coordinated multi-million fuel smuggling operation, with stolen Libyan fuel traded easily in territorial waters and through established storage facilities.

The racket, which had started following the 2011 collapse of Libya’s Gaddafi regime, evolved into a large criminal organisation coordinated by Maltese, Libyan and Sicilian businessmen close to the Mafia. It is believed to have generated tens of millions of euros.

According to international investigators, Libyan fuel was smuggled out of Libya with the help of the militia controlled by Ben Khalifa, a business associate of Darren Debono.

From there, mainly through fishing boats with large storage tanks, the fuel was taken out to sea, where small tankers owned by the Maltese businessmen would be awaiting ship-to-ship transfers.

Alleged smugglers have been the subject of US financial sanctions, and the Maltese government has sought designations of those involved before the UN Security Council. 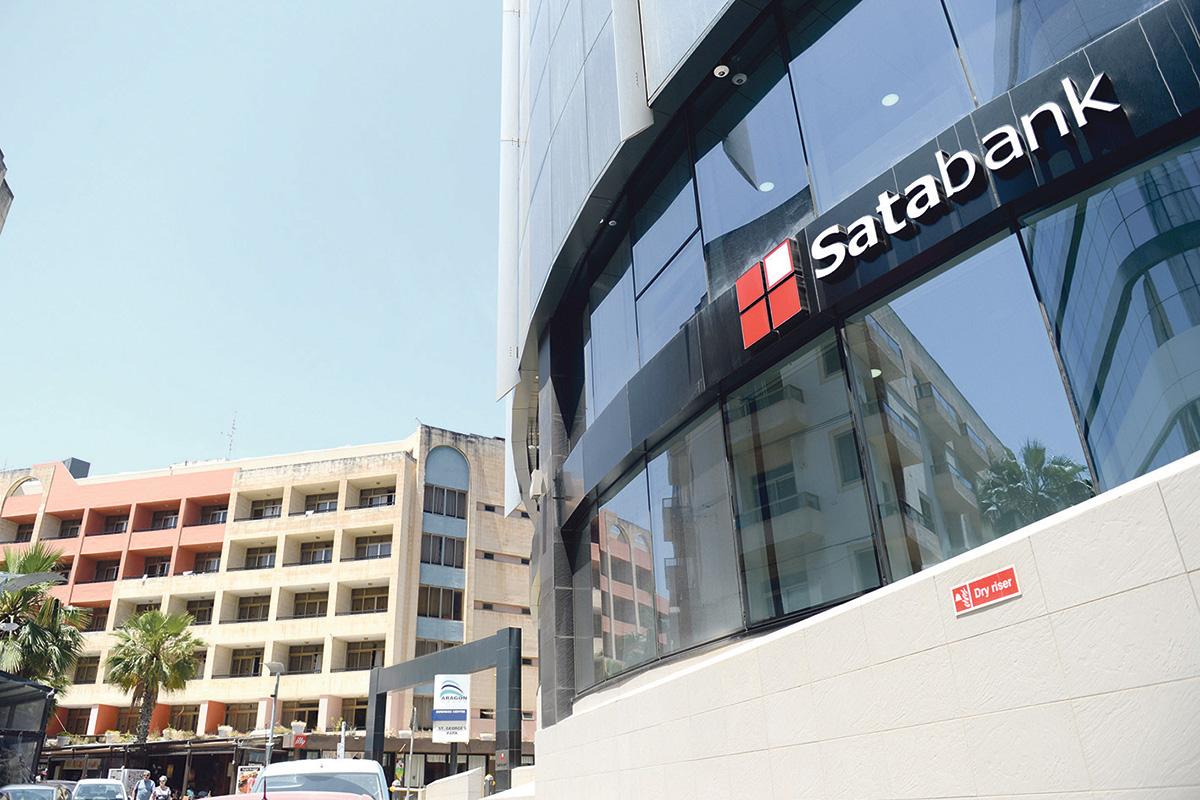 The Sunday Times of Malta had reported how billions of euros in suspicious transactions through Satabank were under investigation.

Financial regulators and police have for nearly two years been combing through a series of cases with suspected links to fuel smuggling, drug trafficking, the Mafia and black listed countries.

All 12,000 of Satabank’s accounts were effectively frozen by the Malta Financial Services Authority last year, with EY (formerly Ernst and Young) appointed to administer the bank’s assets in “the best interests of depositors”.

The move came after a joint inspection and audit by the MFSA and Financial Intelligence Analysis Unit had found major shortcomings in the bank’s anti-money laundering procedures. The police have since been roped in, as well as a magistrate to help facilitate the investigations.

The Sunday Times is informed that the revocation of the bank’s licence by the European Central Bank is expected later this year.