The area where a migrant was murdered and two others injured on Saturday is a hotspot for racial attacks and incitement, Times of Malta is informed.

A number of incidents were reported in the area between Birżebbuġa and Ħal Far in recent months, adding fuel to speculation that the 42-year-old Ivorian killed there on Saturday could have been the victim of a random shooting. 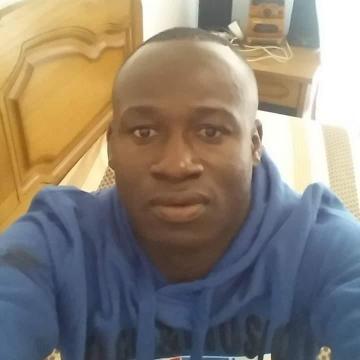 Sources said the victims were found spread out across a stretch of Triq tal-Ġebel, a country lane often used by migrants walking to and from the open centre in Ħal Far. Two Ghanians sustained gunshot injuries but their condition was not serious.

The fact that victims were not together has perplexed investigators, who are still trying to understand what sparked the murder.

They have not excluded that it may have been a racially-motivated attack though police said it was "still too early" to reach conclusions. The police believe the shooter was riding in a white Toyota Starlet and are currently investigating CCTV footage.

Osman Dicko, a friend of the victim, said migrants were living in fear more than ever, with many believing racial motivation behind the shooting.

Until we get to know the real reason behind the murder, each one of us is asking: am I next?- Friend of victim

"Until we get to know the real reason behind the murder, each one of us is asking: am I next?" he told Times of Malta.

The victim, Lassana Cisse, who used to work in a factory near Ħal Far, did not have a troublesome background, according to Mr Dicko, who last saw him two weeks ago.

Times of Malta is informed a migrant from Chad was run over by a car in the same road in what looked like a "deliberate" hit-and-run on February 2. The car had no number plate affixed, according to a source.

The victim was hospitalised but the media was not informed about the incident.

Some months ago, over the space of a couple of weeks, a flag showing “right-wing symbols” was erected at a roundabout close to the Ħal-Far open centre. It was twice taken down by officials, according to another source.

Graffitti’s Andre Callus said the area was synonymous with racial attacks along the years, especially since there are few residences in the area. Migrants were pelted with stones, spat on, and in at least one case, an African man beaten up, he said.

Maria Pisani from Integra Foundation urged the authorities and all “decent human beings” to do everything they can to ensure that racism and all racist attacks are not trivialised.

"If migrants are being specifically targeted, then this is hate crime at its most horrific. We await the outcome of the police investigations, but in the meantime, treated with the gravity they deserve."