Keith Schembri’s lawyers said on Tuesday that a magisterial inquiry had found “no proof” of kickbacks on the sale of passports, but the State Advocate (SA) said it had highlighted “other issues” that required investigation.

Schembri’s lawyer Edward Gatt told a constitutional court that an inquiry – which has so far remained under wraps – had found “no proof” of any kickbacks to his client.

However, Fiorella Fenech Vella, from the State Advocate’s office, was quick to interject, telling the court that the inquiry had highlighted “other issues” and that an ongoing investigation by the authorities was still in its early stages.

Last month, Magistrate Natasha Galea Sciberras concluded a three-year long inquiry into claims that Schembri, the former chief of staff at the office of the prime minister, had received a €100,000 bribe from the sale of passports.

Shortly after the inquiry was concluded, the police arrested Schembri, questioning him and later releasing him on police bail.

His assets have since been frozen and he is due to be interrogated once again by the police later this month.

The inquiry’s conclusions, however, have so far been kept under wraps. Schembri was himself handed a section of the inquiry conclusions that concern him during interrogation as part of the disclosure of evidence against him.

A request for the full conclusions sent by former opposition leader Simon Busuttil was turned down by the attorney general.

We know that the inquiry, which is the reason we are here today, found no proof of any kickback- Schembri's lawyer

Busuttil had been the one to request a magistrate look into the alleged bribes on passport sales back in 2017. At the time, a leaked report by the Financial Intelligence Analysis Unit had raised suspicions about two €50,000 transactions that passed to Schembri via the now defunct Pilatus Bank.

“We know that the inquiry, which is the reason we are here today, found no proof of any kickbacks, so why take such a draconian step?” Gatt asked the court.

Earlier, Gatt said the inquiry was clear “on the existence or otherwise of kickbacks”.

His remarks again prompted a reply from Fenech Vella who said “there is no smoke without fire”.

“There is no smoke without fire”. - Office of the state advocate

Gatt and Fenech Vella were speaking on Tuesday during an appeal to have a garnishee order on Schembri’s businesses relaxed.

The court, presided by Mr Justice Lawrence Mintoff, did not give a ruling during Tuesday's sitting. However, the court will this morning issue a decree which is expected to call for an independent administrator to oversee Schembri’s Kasco business empire.

Schembri’s Kasco Group has a stake in a number of business interests, from printing to importing and distribution of food stuffs. 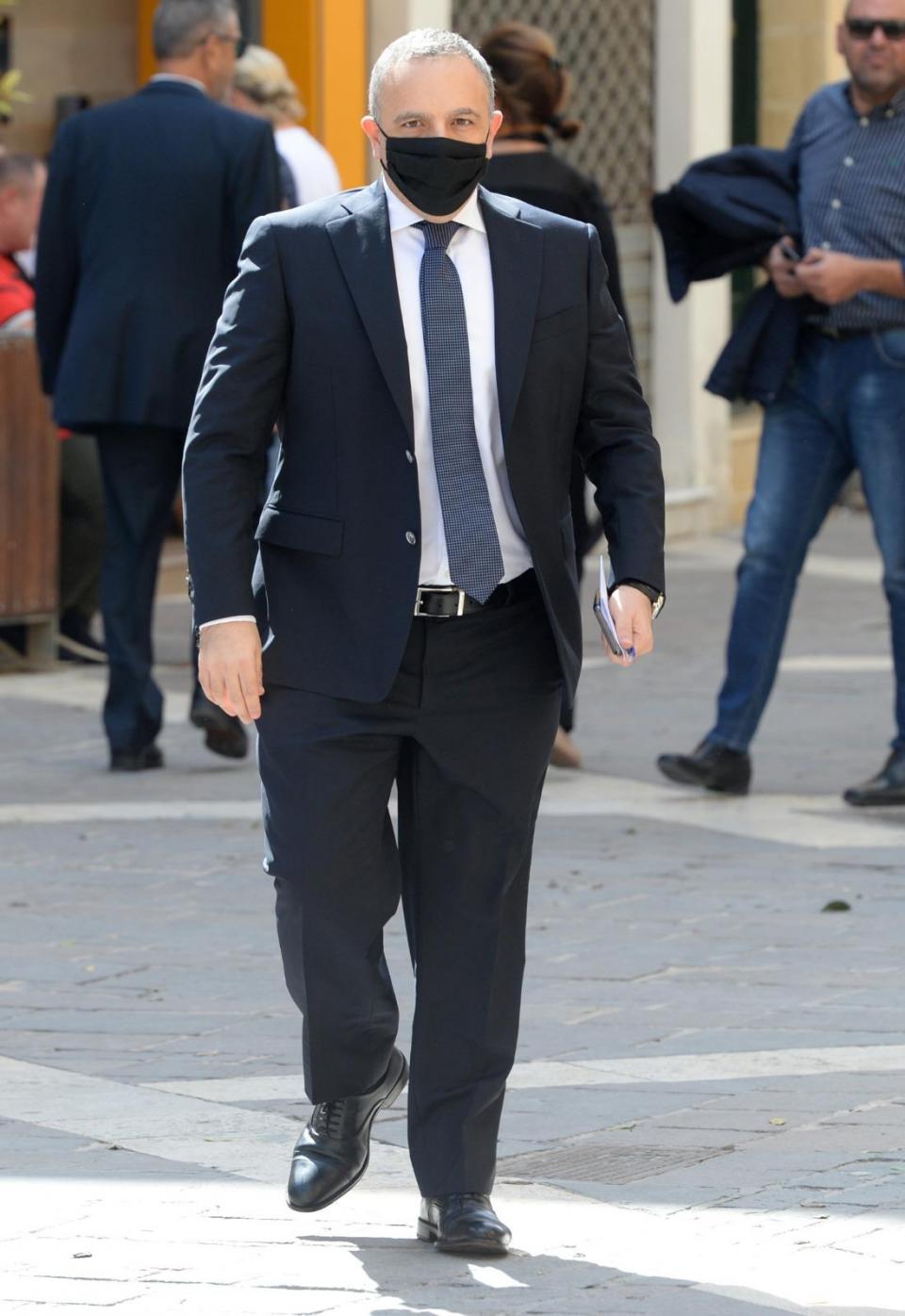 Keith Schembri on his way to court on Tuesday.

The independent administrator will have to be agreed upon by the attorney general and Schembri before they are appointed by the courts.

During Tuesday's sitting, Mintoff said he expected the attorney general to have gone through the process of appointing an administrator to oversee the companies earlier.

Taking the witness stand, Schembri said he owned 99 per cent of the shares in Kasco Holdings which has stake in a number of companies. He said he had learnt about the freezing of assets order from the media and was then notified by police once they finished searching his home prior to his arrest.

Since the freezing order, he said, he had faced difficulties in paying the almost 80 people he employs. Interjecting, Fenech Vella said this issue of paying salaries had since been resolved.

Schembri then said he was facing difficulties with insurers, which was a problem as some of his staff operated heavy machinery.

Fenech Vella argued that the attachment order issued on Schembri had no bearing on insurance providers dealing with Schembri who then went on to describe his business as “goods-in goods-out” operation.

In the coming days his businesses would receive around 15 containers filled with products which he would not be able to receive from customs, Schembri said.

His businesses  had accumulated around €300,000 in cheques which, due to the freezing order, could not be deposited. This he said, was making it impossible to operate his businesses.

Schembri: Businesses likely to have to close by end of the month

Asked by his lawyer how long his businesses could go on like this, Schembri said he would likely have to close down by end of month.

Mintoff then asked the attorney general’s office what normally happens to ensure a business can continue to operate in such circumstances, to which the reply came that this was the first such case were the person in question was still the subject of investigation.

However, defending the process that led to the freezing of Schembri’s assets, Fenech Vella said that once the authorities had received enough information to proceed with an investigation, the normal procedure was followed.