The Prime Minister’s chief of staff, Keith Schembri, went from a declared local bank balance of less than €50,000 in 2010 to over €850,000 held through an offshore company with a local investment account in the space of just five years, documents show.

As Mr Schembri’s personal fortunes were on the increase, the umbrella company behind his local business started declaring losses. 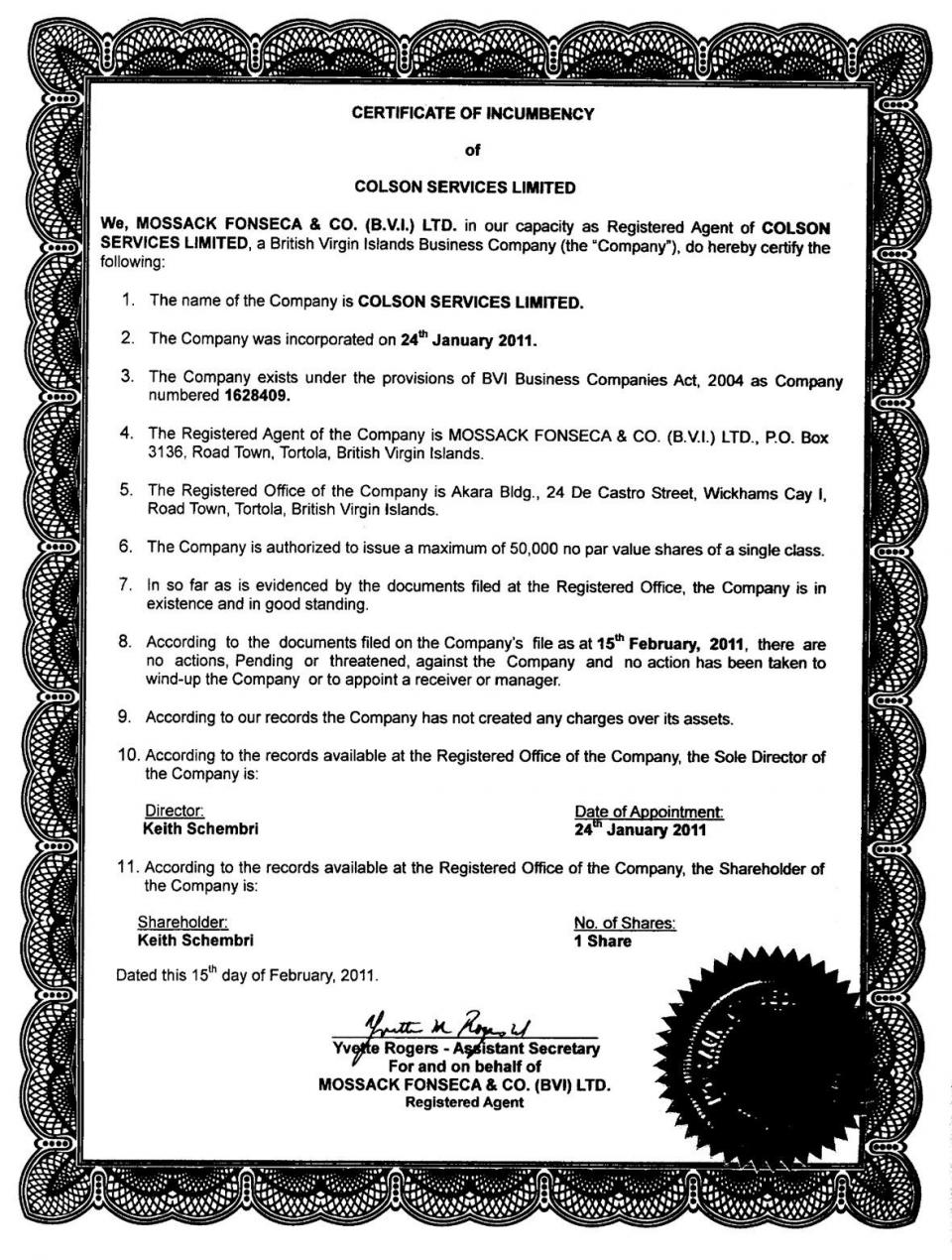 The account-opening forms provide insights into Mr Schembri’s assets prior to entering politics.

While ministers and MPs are bound to make annual asset declarations, other officials in sensitive positions such as Mr Schembri’s have no such requirements.

During the account-opening process, Mr Schembri was indicated as having local bank deposits in the ‘€25,000 to €50,000’ range with HSBC and Bank of Valletta.

Searches carried out by The Sunday Times of Malta to ascertain if a property sale was the source of the investment funds resulted in the negative, as no major property transfers took place in Mr Schembri’s name apart from a 2011 purchase of a one-car lock-up garage and two rooms in Mellieħa.

The bulk of this money appears to have come from a Swiss bank account held with Credit Suisse.

Mr Schembri has in the past said he closed his Swiss bank account in 2011. He declined to say what this account was used for when contacted by The Sunday Times of Malta.

That same year, Mr Schembri transferred the investment account to Colson Services Limited, a shell company based in the British Virgin Islands.

Soon after being appointed as the Prime Minister’s chief of staff in March 2013, Mr Schembri added another extra layer between himself and the funds held under his name by MFSP.

Mr Schembri’s ownership of the BVI company was hidden behind nominees – people paid to obscure from public view who the actual owner of a company is.

Funds continued to be injected into Colson until 2015, bringing the total balance up to over €850,000.

While much attention was given to Mr Schembri’s secret Panama company when the Panama Papers scandal broke, the massive data leak also exposed his ownership of Colson Services.

The Prime Minister’s chief of staff claimed in 2016 that Colson’s “activities and operations” pre-dated his entry into politics.

Transaction data show the “activities” continued even after Mr Schembri was appointed as the Prime Minister’s chief of staff in March 2013. A leaked e-mail found in the Panama Papers trove provides a breakdown of Colson’s accounts in 2014.

Despite having been receiving funds since 2011, a reading of the accounts compiled by Nexia BT gives the impression that funds were only transferred to Colson in 2014.

The accounts indicated that Colson was actually operating at a loss, as it owed $820,000 to undisclosed “group companies”. Nexia BT’s money-laundering reporting officer Karl Cini declined to say if he ever questioned the provenance of the funds being injected into Colson when contacted by The Sunday Times of Malta.

He also declined to explain how a shell company being used to hold his client’s investments was indicated as having given an $820,000 loan to undisclosed group companies.

“I must, once again, advise that I am precluded at law from replying to questions relating to matters which are protected by professional secrecy or client confidentiality,” Mr Cini said when contacted. 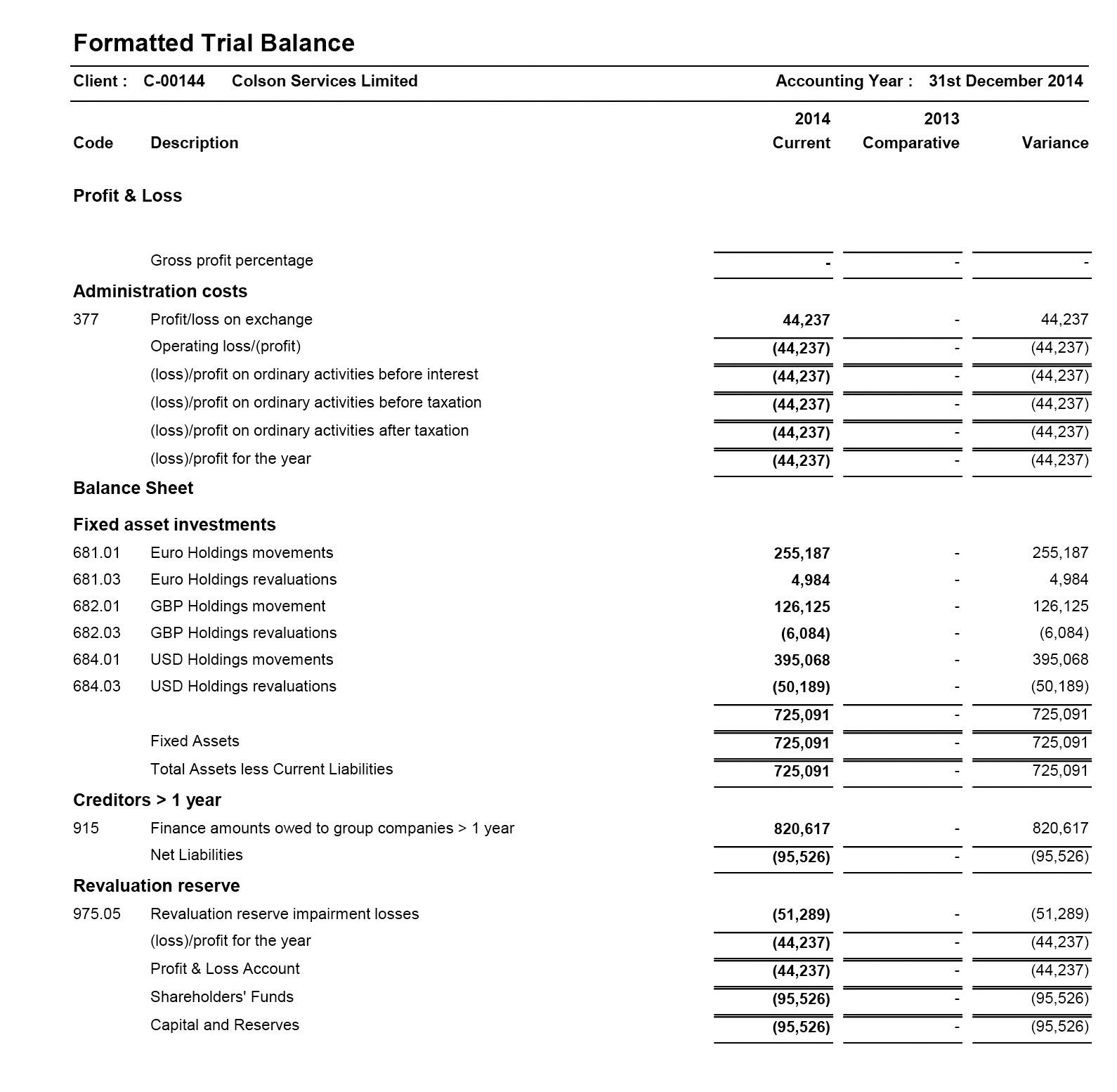 From the BVI to Malta

After having set up structures to distance himself from the funds by holding them in an anonymous shell company, documents show the Prime Minister’s chief of staff set about once again introducing the funds into the Maltese financial system under his own name.

Matthew Pace, his MFSP account manager and a former Planning Authority board member appointed by the government, informed Bank of Valletta in April 2015 that Mr Schembri’s investment portfolio would be transferred to the bank as a trustee. At that point, the investment portfolio had already been transferred from Colson to a nominee account held by MFSP.

Asked if the bank had ever questioned the provenance of the funds and filed any suspicious transaction reports, a BOV spokesman said the bank was bound by professional secrecy and was not in a position to disclose information about business or personal relationships.

“Such regulations are reviewed regularly in line with the bank’s risk appetite, international banking best practices and regulatory requirements,” the spokesman said.

Mr Pace did not respond to a request for comment.

Why is this significant?

The primary question surrounding Mr Schembri’s activities is the provenance of the funds. Mr Schembri declined to answer questions about the matter.

Last year, blogger Manuel Delia highlighted how the Prime Minister’s chief of staff injected a significant amount of funds into his investment portfolio soon after a secret trip to Azerbaijan with Joseph Muscat and then Energy Minister Konrad Mizzi.

Dr Muscat had “categorically denied” any wrongdoing by his chief of staff when Opposition leader Adrian Delia confronted him about these funds in Parliament.

Questions put to Mr Schembri in 2018 by the Times of Malta about his offshore activities were greeted by the reply: “I have been answering your stupid questions for four years”.

One possible source of funds for these investments could naturally be earnings from Mr Schembri’s local business companies. Yet in 2011, Kasco Group, the umbrella company behind his local businesses, declared a marginal profit of €19,895. During the next three years, Kasco Group declared losses of nearly €700,000, before swinging back into the black in 2015.

Kasco’s managing director was also found to have an MFSP investment account linked to a company in the British Virgin Islands, set up via Nexia BT.

The Prime Minister’s chief of staff is the subject of an ongoing magisterial inquiry into €650,000 worth of payments he passed on to Allied Newspapers’ former managing director Adrian Hillman.

These payments were received after Mr Schembri’s company was awarded a lucrative contract from Allied Newspapers sister company Progress Press as part of a €30 million development of new premises in Mrieħel.

Some of those payments were passed through an MFSP investment account held by Mr Hillman, who similarly owned a secret company in the BVI set up by Nexia BT.

MFSP has been the subject of increased court scrutiny over the past years. A separate inquiry is seeking to establish whether a €100,000 payment passed on to Mr Schembri via Pilatus Bank was a kickback on passport sales by his accountant, Nexia BT managing partner Brian Tonna.

Yet another inquiry is probing the ownership of 17 Black, a United Arab Emirates company that Nexia BT said would inject up to $1 million into Mr Schembri’s once-secret Panama company.

A joint investigation by Times of Malta and Reuters revealed that 17 Black is owned by power station investor Yorgen Fenech.

March 2011
Over half a million is injected into the MFSP account. The investment portfolio is later transferred to Colson Services Limited, a shell company in the British Virgin Islands.

March 2013
Mr Schembri is appointed as the Prime Minister’s chief of staff.

April 2013
Mossack Fonseca BVI branch is instructed by Mr Schembri to appoint a nominee director and shareholder to Colson Services Limited, thus obscuring his ownership of the company.

December 2014
Kasco Group losses over the past three years reach nearly €700,000. That same month, Mr Schembri, Joseph Muscat and Konrad Mizzi head off on a trip to Azerbaijan.

April 2015
MFSP informs BOV that Mr Schembri’s investment account is to be transferred to BOV PLC as trustees.