The mysteries of the early universe will be discussed by some 90 international specialists who will be in Malta this week to share their knowledge on the first galaxies that formed in the cosmos. 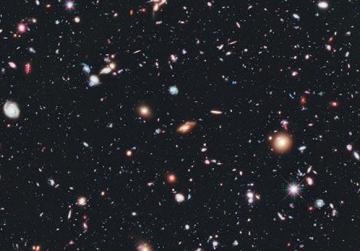 This image, called the Hubble eXtreme Deep Field (XDF), combines Hubble observations taken over the past decade of a small patch of sky in the constellation of Fornax. With a total of over two million seconds of exposure time, it is the deepest image of the Universe ever made. Photo credits: Nasa, ESA, G. Illingworth, D. Magee, and P. Oesch (University of California, Santa Cruz), R. Bouwens (Leiden University), and the HUDF09 Team

“We are living in a very special time for astronomy, with a host of telescopes and instruments soon coming online to boost our quest to probe some of the universe’s darkest secrets,” Joseph Caruana, who is chairing the conference’s scientific organising committee, said.

“This is a perfect time to gather those working in the field to share our thoughts about what the future holds, in the context of the latest results.”

Earlier this year, scientists made a cosmic breakthrough when they detected gravitational waves from the merger of two black holes, confirming Albert Einstein’s theory of relativity and heralding a new era for astronomy.

“It’s long been a wish of mine to bring together a large group of specialists – including colleagues and collaborators of mine – to Malta for an exchange of ideas during such an exciting time,” Dr Caruana added.

We are living in a very special time for astronomy

The week-long conference, being organised by the Department of Physics and the Institute of Space Sciences and Astronomy at the University of Malta, is being held at Fort St Elmo, in Valletta.

As part of the conference, a separate event for the public will take place on Thursday at the University’s Valletta Campus at 6.30pm where two experts will give a talk for those interested in exploring the hidden secrets of the universe.

Pratika Dayal, from the University of Groningen, will discuss the mysterious dark matter, an invisible component that makes up over a quarter of the universe.

Stephen Wilkins, from the University of Sussex, will talk about the upcoming James Webb Space Telescope, a successor to the Hubble Space telescope that will be launched in 2018 and will probe further into the universe’s past.

ISSA director Kristian Zarb Adami said that, earlier this month, the designers of the world’s largest radio telescope – the Square Kilometre Array – were in Malta collaborating with ISSA for the software of such a telescope.

“Now, prominent scientists from around the world are here to discuss the synergies between this project and other instruments to aid in the discovery of what lifted the fog of neutral hydrogen in the early universe,” he said.