Mr Bonnici was a pioneer in the use of ceramics in Malta and also created monuments in bronze as well as medals and coins.

One of his most prominent public works is the bronze and marble Independence Monument at the entrance to Il-Mall at Floriana, which was inaugurated in 1989 to mark 25 years since Malta’s independence. The 28-foot high statue was his biggest ever and arguably the tallest statue-based monument in Malta. 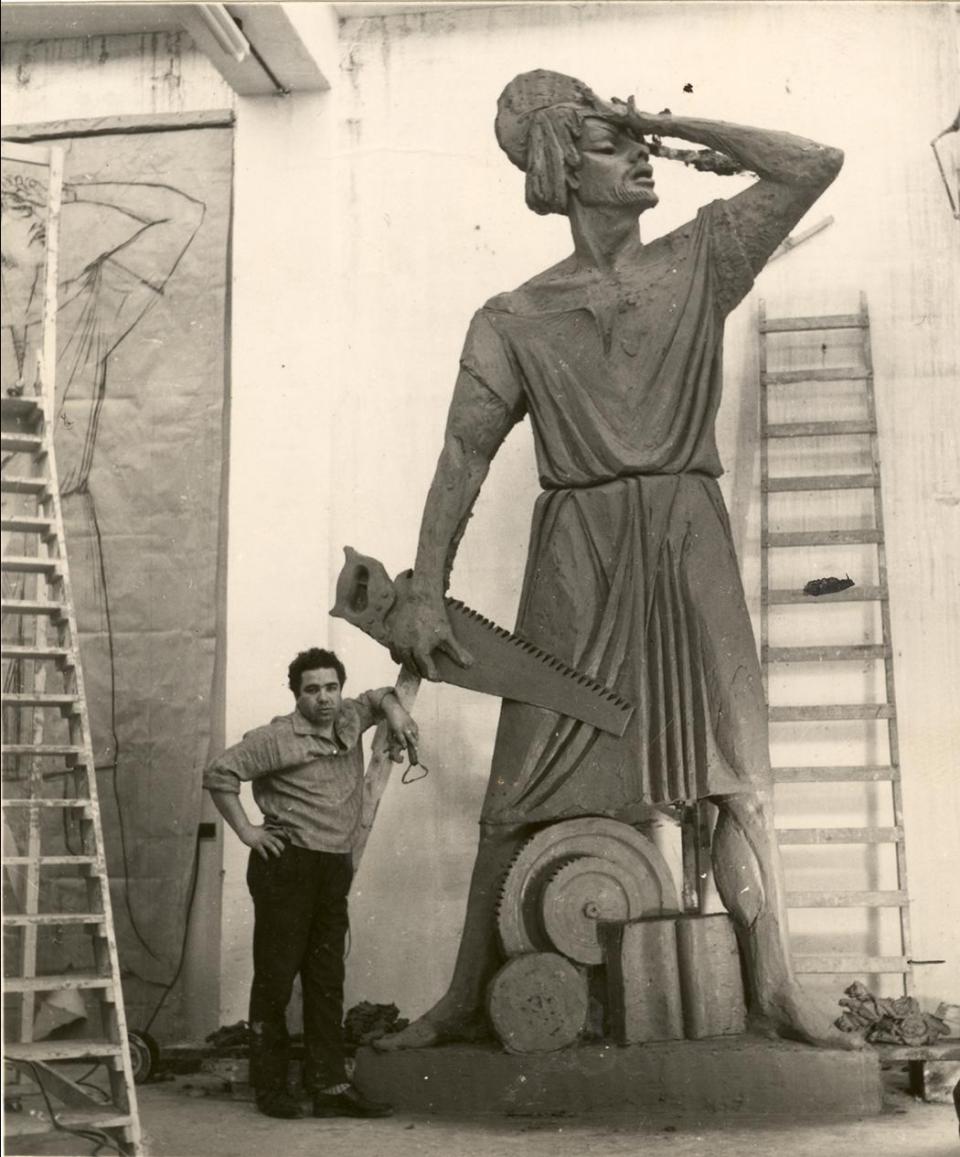 Other works of his include St Joseph the Worker on the façade of the former St Joseph Secondary Technical School, Paola,  Madonna Regina for the Maria Regina Girls’ Grammar School at Blata l-Bajda, St Francis of Assisi (1974) and the Madonna of Porziuncola (1975) for the Porziuncola Retreat House at Bahar ic-Caghaq, and the monument to Dr Nicola Zammit at Siggiewi.

His Marija Omm il-Maltin (1983) features prominently on the façade of Burmarrad parish church. He also produced the main altar and three holy-water fonts in marble for Santa Luċija parish church, as well as the 14 Stations of the Via Crucis in stoneware, Christ on the Cross in cold-cast bronze, the bronze tabernacle for the chapel of the Blessed Sacrament, and an eight-foot Madonna sculpted in wood.

In the mid and late 1980s Bonnici was involved in several works for the newly built parish church of St Sebastian in Qormi. Starting in 1983 with the tabernacle, he continued in 1986 with the 14 Stations of the Via Crucis in cold-cast bronze, the 12 bronze dedication crosses and the re-gilding of the processional statue of St Sebastian, followed in 1987 by the marble and bronze main altar and ambone, and in 1988 with Christ on the Cross in cold-cast bronze, the marble background and the bronze tabernacle for oil and balsam.

Bonnici was also responsible for the monuments commemorating the victims of World War II put up in Senglea, Mosta and Attard and more recently the bronze monument commemorating the 10th anniversary of the Works Division in Lija and the ANZAC monument at the Argotti gardens in Floriana.

Mr Bonnici was born on September 4, 1932 and began training as an artist at the Malta School of Art in the post-war period. He then moved to the UK to specialise in ceramics at the Ceramics College at Stoke-on-Trent and in 1954 received a scholarship to continue his studies in Rome at the Accademia di Belle Arti.

He went on to obtain further diplomas in wood carving, medal making and ceramics and later in life returned to England to study at the University of London Institute Of Education, the Slade School of Art, Leicester Polytechnic College of Education and Loughborough University of Technology.

Mr Bonnici’s works can also be found across Europe, Canada, Australia and the US. Between 1990 and 1994, Bonnici produced a larger than life-size statue of The Risen Christ, a 48-foot wide monument dedicated to the 26 martyrs of Japan, and a Via Crucis for the church of the Holy Martyrs of Japan in Bradford in Canada.

His many talents won him official recognition.

In 1982 he received the Italart award by the Associazione Nazionale d’Arti Culturale d’ Italia.  This was followed in 1990 with the Malta Society of Arts, Manufactures and Commerce Gold Medal for his artistic achievements in sculpture, in 1993 with the Premio Citta` di Valletta organised by Editore Vincenzo Ursini di Catanzaro in collaboration with the association of Maltese poets and under the patronage of the President of Malta and in 1999 with Ġieħ il-Mosta.

In 2002 he was invested with the M.O.M. (Member of the National Order of Merit) by the Government of Malta for his artistic achievements.

As well as his artistic career, Mr Bonnici also distinguished himself in the educational field. He set up the Malta School of Arts and Crafts at Tarġa Gap in 1974 and led it until he retired in 1992.

Ġanni Bonnici is survived by his wife Pauline and his two sons.

In a statement, the Nationalist Party offered his family its condolences.