A sculpture in tribute to murdered journalists Daphne Caruana Galizia and Ján Kuciak has been placed in the European Parliament permanently.

The two metre high steel and iron sculpture has the words 'Immortal Truth' wrapped around it and emblazoned in lights above it.

A phrase cut into its base says "In memory of Daphne Caruana Galizia and Ján Kuciak and all the journalists murdered for the truth."

The journalists were both murdered outside their homes and within four months of each other. Caruana Galizia was killed in a car bomb in Bidnija, Malta in October 2017 and Kuciak in a village outside Slovakia's capital, Bratislava.

Slovak artist Martin Mjartan created the sculpture, which is is being presented to European Parliament president David Maria Sassoli and will have a permanent place in the European Parliament building. The decision was taken this week by the College of Quaestors, of which Maltese MEP David Casa is a member.

Casa said on Wednesday that the EP took the protection of journalists very seriously, especially since the Caruana Galizia and Kuciak murders.

This, he said, could be seen through various reports, resolutions and initiatives taken, not only to remember the murdered journalists, but also to propose new methods on how to protect investigative journalists and ensure that their work is followed-up by judicial processes. 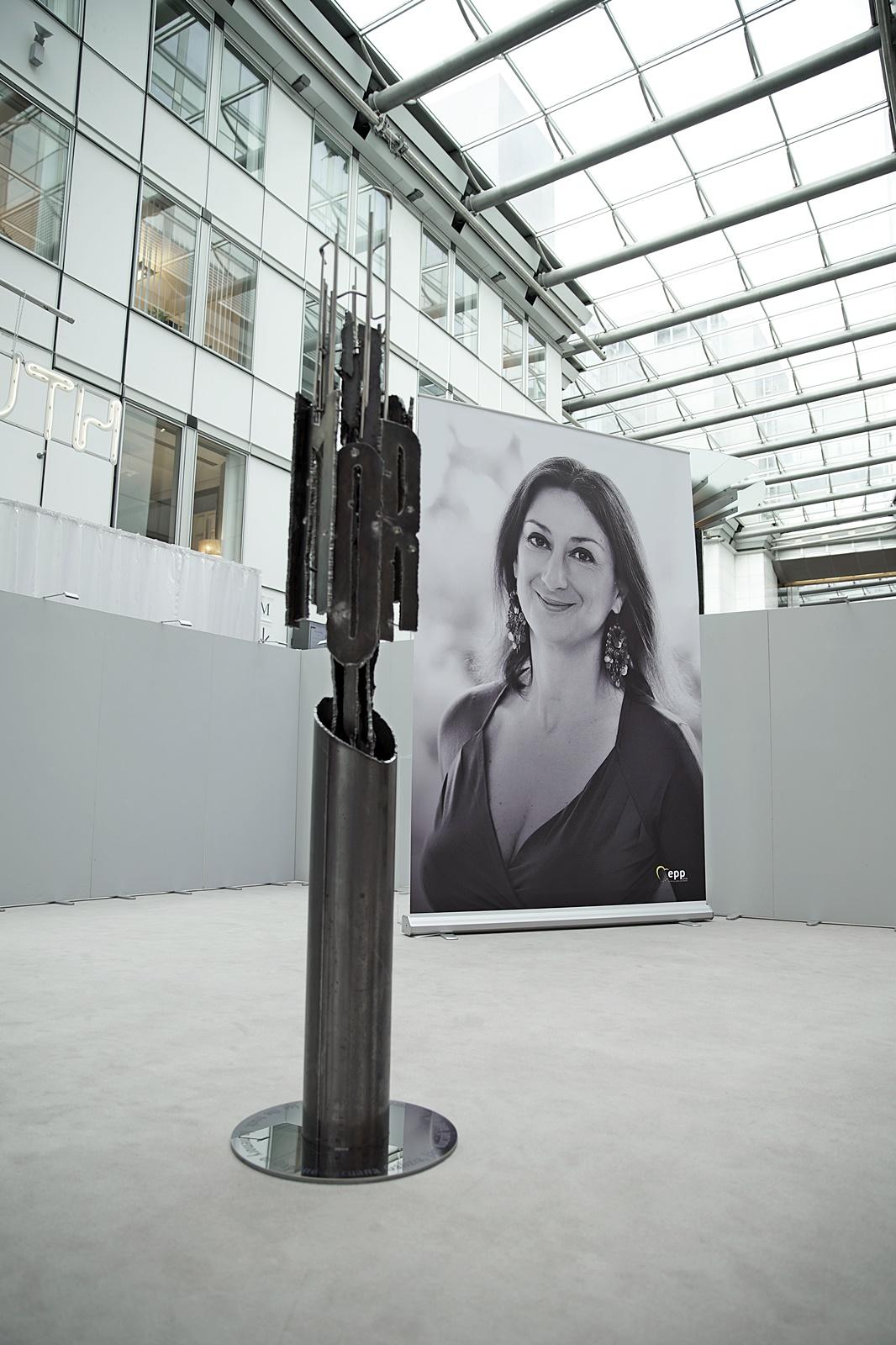 The two-metre high steel and iron structure will have a permanent place in the European Parliament. Photo: Martin Mjartan

“This is a concrete example of how much the EP is on the side of truth and justice. This contrasts with the way the Maltese authorities continue to treat Daphne Caruana Galizia, even after being assassinated by individuals allegedly very close to the Prime Minister’s office,” Casa said.

There is no permanent memorial to Caruana Galizia in Malta. A temporary memorial to her, outside the Law Courts in Valletta, was repeatedly removed until Prime Minister Robert Abela came into power this year.