Swimmers on the Maltese east coast were in for a sticky surprise on Friday and Saturday, finding the sea contaminated with a sludge-like substance.

Sea sludge was spotted at bays in Pembroke, Balluta, and Exiles, putting to end to many would-be bathers' swimming plans.

The sludge is usually linked to offshore fish farms and the oily feed they use.

A spokesperson for Malta's fish farming lobby acknowledged that the slime spotted on Friday “may have a fish oil component” to it.

Charlon Gouder, who serves as CEO of the Malta Federation for Aquaculture Producers, said that the slime “formed following mixing with other substances present in coastal waters including fuel oils and other chemicals present in the seawater”.

Gouder suggested that the slime could also have been caused by dead tuna fish that was illegally caught and dumped by fishermen who feared getting caught.

Fish farm operators were ordered not to feed: reports

Sources with knowledge of the sector told Times of Malta that fish farm operators were instructed by the environmental regulator this week not to feed their fish, due to strong sea currents.

This weekend’s sludge could be an indication that the ERA order was ignored, the source alleged. 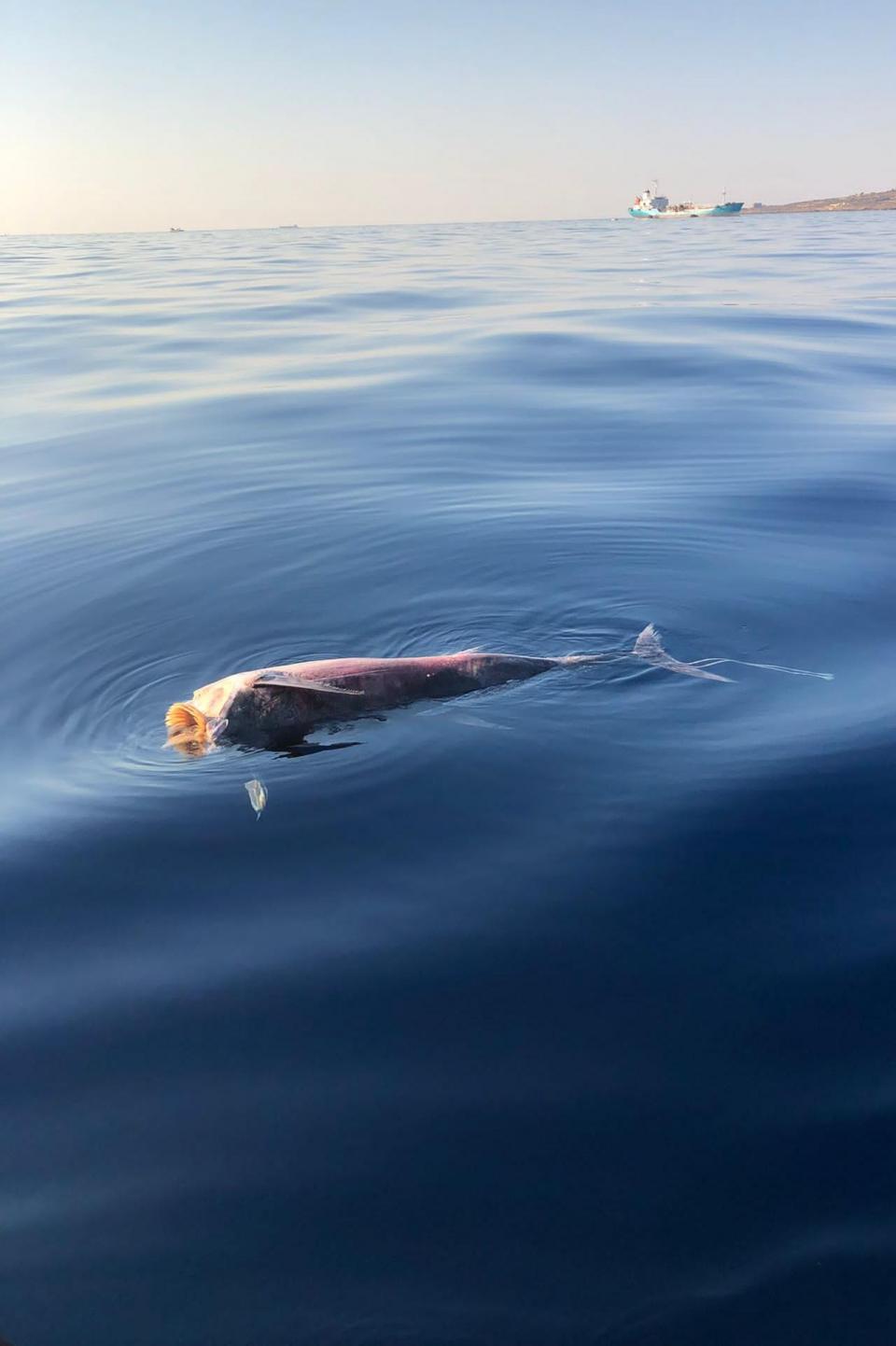 Sea sludge was a regular occurrence on Maltese beaches for a number of years, until it reached dramatic levels, prompting authorities to issue fines and enforcement orders against leading operators.

When sludge reappeared in 2018, the multi-million euro fish farming sector announced a series of self-regulatory measures.

Among those measures was a pledge to use sea booms to collect oily residues from fish feed. Nature Trust president Vince Attard told Times of Malta that although the method was still not widely used, some fish farms in the south of Malta have used this method with success.

Some operators have been collecting the slime and exporting it for use in cosmetics.

Just last week, the Environment Ministry announced that ERA was now equipped with its first boat, saying this would allow the regulator to better enforce environmental laws at sea.