History of Legislation in Malta – Bibliographical Index by Subject
by Albert Ganado is available from Midsea Books.

A tireless Albert Ganado dedicated much of his public life to two consuming passions: law and Melitensia. He achieved, with effortless superiority, predominance in the area of old cartography of the Maltese islands, and became the leading authority on the imaging of antique Malta and all things Maltese. His relentless hoarding instincts resulted in legendary collections of all sorts of paper treasures, from manuscripts to lithographs and from pamphlets to drawings. Which, differently from some other collectors, he makes available, with amazing generosity, to any scholars who feel in need of assistance. 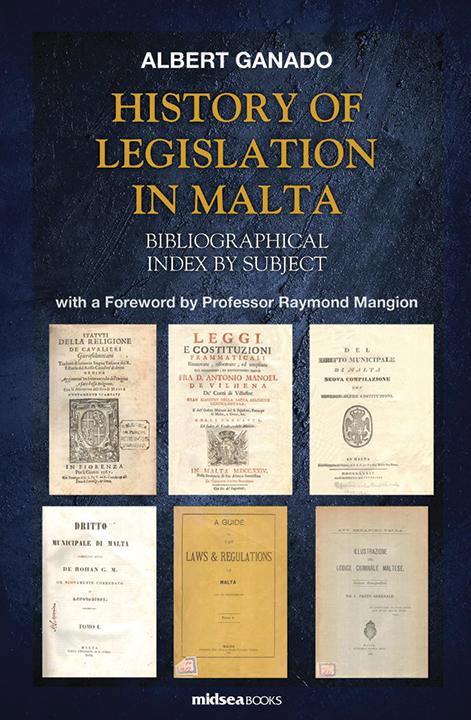 One of Ganado’s longest-standing fields of intellectual inquisitiveness has been the history of legislation in Malta – how laws started, why they evolved, what events and minds influenced their trajectory. Many believe the nepotism endemic to the islands where who you know is determining and what you know is irrelevant, cheated him of the chair of history of legislation at the University in 1950. In the author’s words “As to succeeding Professor (Felice) Cremona, there was no chance for me and the other two candidates because everything was tailored in advance for the appointee who had barely finished his university studies”. An early direct order riding on the back of a position of trust.

Ganado never let the bitterness of injustice and the wounds of defeat dampen his enthusiasm for the study of history of legislation. In parallel with his law practice, his collecting manias and his political activism, he retained his determination to advance the nation’s knowledge of its juridical DNA.

Talking of DNA, Albert Ganado had won a rich lottery. His father Judge Robert Ganado passed over to him unrequited cravings for learning and recording law, jurisprudence, chronicle and history. He acknowledged this legacy in a recent biography of his father, which also doubles as a publication of his father’s copious, and invaluable, historical annotations. For Albert, it was total immersion in the history of legislation from toddler age.

While most of his undergraduate friends spent their spare time ogling pretty girls and fatuously kicking inflated leather spheres, Albert was researching and writing the intricate history of the Maltese criminal code

In fact, from university days, while most of his undergraduate friends spent their spare time ogling pretty girls and fatuously kicking inflated leather spheres, Albert was researching and writing the intricate history of the Maltese criminal code. It was then that he discovered the value of the bibliography, the systematic listing and exploration of manuscript and printed sources of knowledge.

This book is not a history of legislation in Malta. The island still misses an organic overview of the journey of law through Maltese time and space. Judge Paolo Debono published in 1897 his pioneering and still valuable Sommario della Storia della Legislazione di Malta. That was a first timid and faltering step. In the 123 years since its publication, no other scholar has picked up the challenge to write a fuller and more reliable handbook on how domestic law and its making evolved over the centuries. Several excellent monographs and in-depth papers on particular issues have seen the light, but a nation in which you will find a history of everything, still lacks a holistic history of legislation. 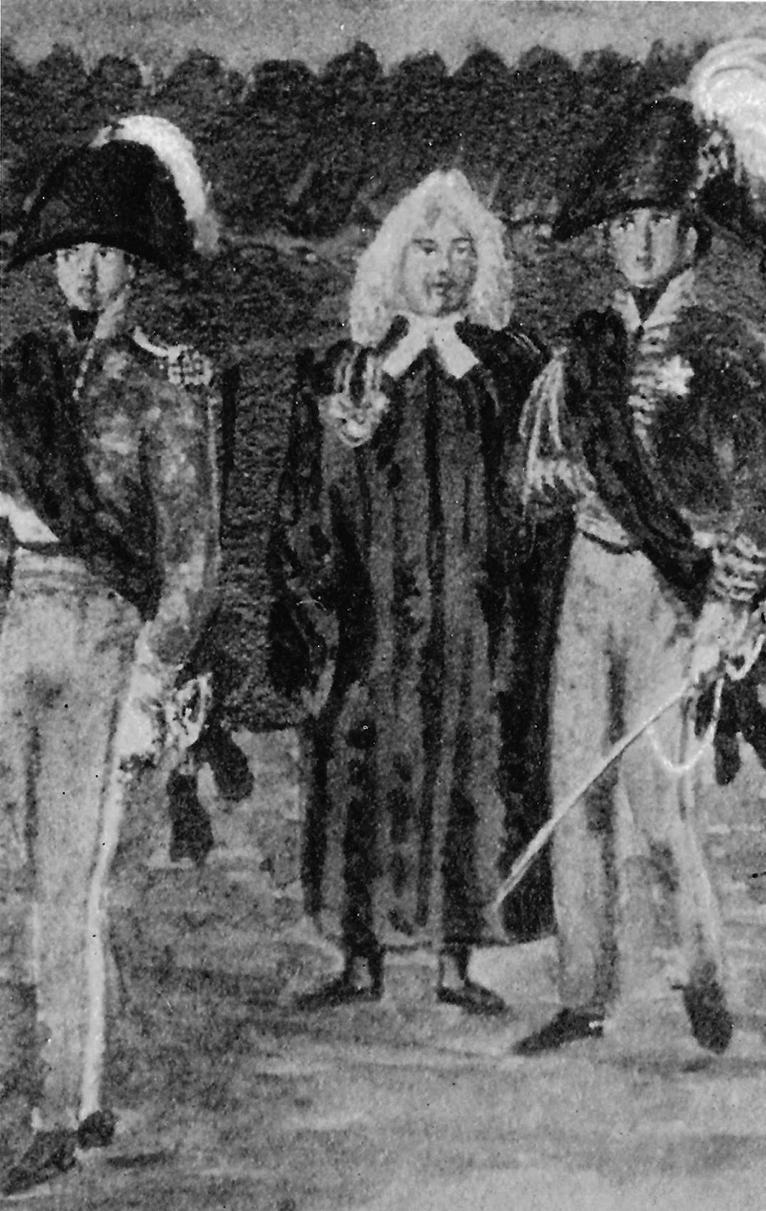 Members of the Malta judiciary attending the funeral of Governor the Marquess of Hastings in 1826: Chief Justice Sir John Stoddart (above) and other Maltese judges and military dignitaries.

The hero eventually destined to tackle this task will find Ganado’s book precious beyond belief. He has laid the foundations for a thoroughly exhaustive account of how power translated into binding law that rules and controls anyone in Malta. But so far, an organic history of legislation through the ages remains an ambition that has defeated everyone.

Ganado’s book has so many other uses besides, both practical and scholarly. By listing in alphabetical order all the sources of legislation, together with the official documents which explain and support them, this bibliographical index has given practising lawyers easily accessible tools to explore the origins of any legal norm, even the most recondite. It has given lawmakers easy access to the springs of any institute of law they are called to address or tinker with. It has provided scholars and historians with almost inexhaustible lists of subjects to explore. Want to know what was legislated about aircraft in the early days? See page 26. Juvenile delinquency? Page 109. The death penalty? Page 90. Pig breeding? Page 128. The status of canon law? Page 38. The tortuous saga of trial by jury? Page 150.

I believe few legal researchers will henceforth contemplate tackling any subject related to law and the administration of justice without first mining Ganado’s book. They would be foolhardy not to.

Besides all laws enacted in Malta since medieval times up to 1950, the book also contains clear references to whatever has been written about them by scholars, academics, theorists and historians. The cut-off point is again 1950. Since then, plenty has been published – books, papers in law journals, many law theses and dissertations. An updated index by subject of these post-1950 works would represent a marriage with a happy ending to Ganado’s stellar contribution.