Interception and rescue operations by the Libyan Coast Guard have stuttered in recent weeks following instructions by the Tripoli government to halt all operations at sea, raising questions over the future of Malta's deal with Libya to minimise the number of arrivals.

Times of Malta is informed that the Libyan Coast Guard received orders in the second half of January to halt rescues and stop disembarkation of migrants in Libya.

They have since restarted some interceptions, however, most of the boats that left the coast were not aiming to land in Malta.

Back in November, Times of Malta had revealed how Malta had secretly negotiated an agreement with Libya that sees the Armed Forces of Malta coordinating with the Libyan Coast Guard to intercept migrants headed towards the island and returned to the war-torn North African country.

Meanwhile, independent candidate Arnold Cassola yesterday wrote to the International Criminal Court in The Hague urging it to investigate both Mr Gafà and former prime minister Joseph Muscat over the deal, claiming it constituted a breach of migrants’ human rights. 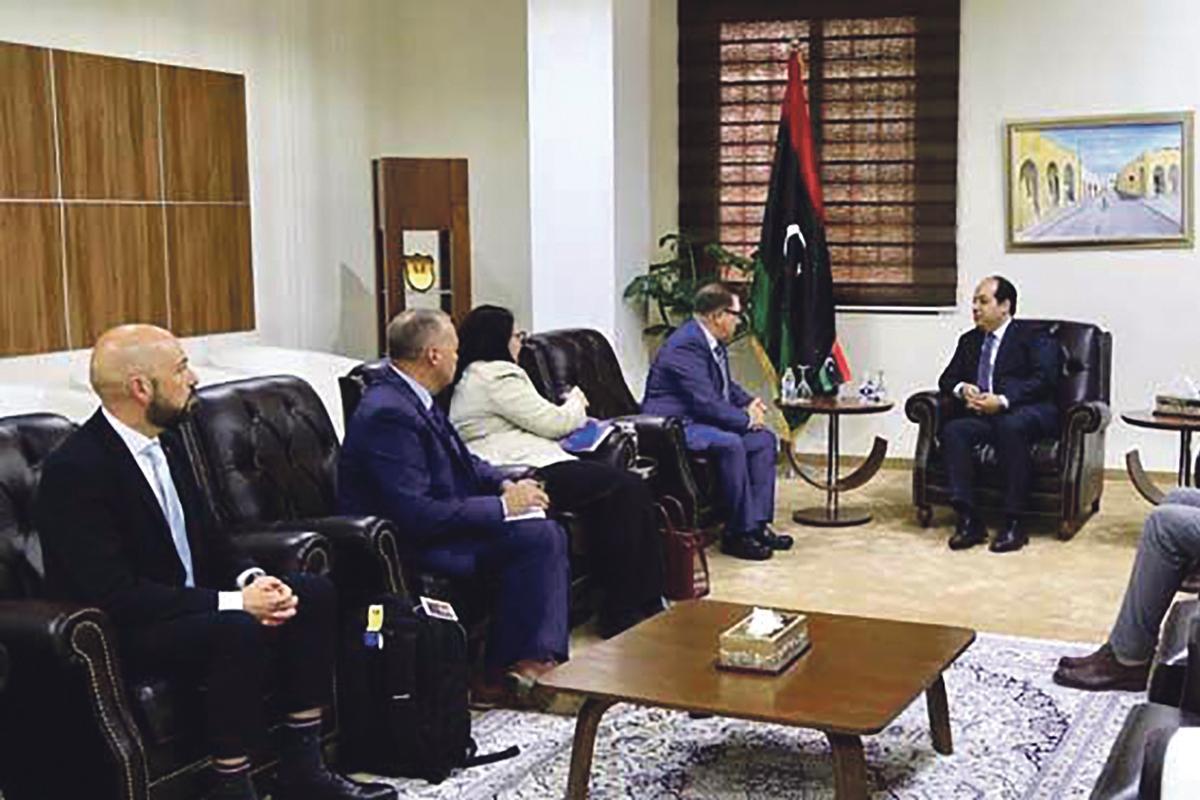 Neville Gafà (far left) and next to him Colonel Clinton O'Neil, head of the AFM’s Operations, Plans & Intelligence at the meeting with Ahmed Maiteeq, Libyan Deputy Prime Minister (far right).

Sources told Times of Malta that since the Libyan Coast Guard received the orders, the deal appears to now be in doubt.

They also pointed out that the deal had not been all that effective, saying there was a lack of coordination between the different players.

Most of the departures since the beginning of January have taken place from points to the west of Tripoli.

Typically, when vessels departing from these areas launch a May Day or are intercepted, the nearest European land is Lampedusa, not Malta.

Sources on the ground said that the initial move to halt Libyan interceptions appears to be connected with a crisis in the detention system which has been exacerbated by the escalation of conflict since April 2019, following the advance on southern Tripoli by forces from eastern Libya under the command of General Khalifa Haftar.

Sources familiar with the situation in Libya pointed out that it was not yet clear how this order was being executed and what impact it would have on search and rescue in the Mediterranean.

However, they confirmed that the coastguard’s level of activity had dropped dramatically after these orders were issued.

There had been a number of interceptions, particularly between February 17 and 18, however, these appear to have been driven by emergencies at sea.

Private NGO rescue operations have also been alerted by the Libyan authorities to migrant vessels in distress – an unusual phenomenon that underscores Libya’s unwillingness to return migrants to North Africa themselves.

With limited private missions in the area, the sudden removal of the coastguard could make the crossing far more treacherous, the sources said.

Meanwhile, military and diplomatic uncertainty in Libya has coincided with a sharp rise in the number of migrants departing the Libyan coast in January and February when compared to the same months in 2019.

This has in turn heightened concerns that the war for Tripoli could precipitate an exodus of refugees from Libya.

An exodus would be particularly difficult to manage with the limited search-and-rescue capacity currently in the central Mediterranean that now appears to be exasperated by the stuttering presence of the Libyan Coast Guard.

The number of migrants crossing the central Mediterranean from Libya declined dramatically over the past years, from almost 120,000 in 2017 to around 23,000 in 2018.

Throughout 2019 the number of migrants arriving from Libya dropped to less than 12,000.

Although the risk of asylum seekers fleeing Libya could increase if the war for Tripoli worsens and as the weather improves, it is not believed that the relative surge in migrant departures in January and February is related.

That increase followed an unusually quiet December, and overall numbers were still modest compared to the longer- term trends.