Clutching a machete and a cell phone, indigenous leader Vanderlei Weraxunu tours his community's future home, a swathe of tropical forest land north of Rio de Janeiro where his people will finally have water.

Weraxunu is one of around 50 members of the Mbya Guarani people who will soon establish a new home in the middle of what will be Brazil's first municipal nature reserve, where they plan to live according to their ancestral lifestyle.

The project promises to transform the lives of community members, who have been living in a settlement with no access to potable water in Marica county, in Rio de Janeiro state.

Hailing from different regions of Brazil, the community of Mbya Guarani moved there a decade ago and founded a village, Ceu Azul (Blue Sky) on a plot of land donated by a businessman.

But the land, a former coffee plantation, is too degraded to farm crops, and the village has to have water trucked in by the municipal government.

"A river ran through it 150 years ago. But then the former owner turned it into a coffee plantation and it was devastated," says the youthful, chiselled Weraxunu, sporting a beaded armband, traditional face paint and long black hair. 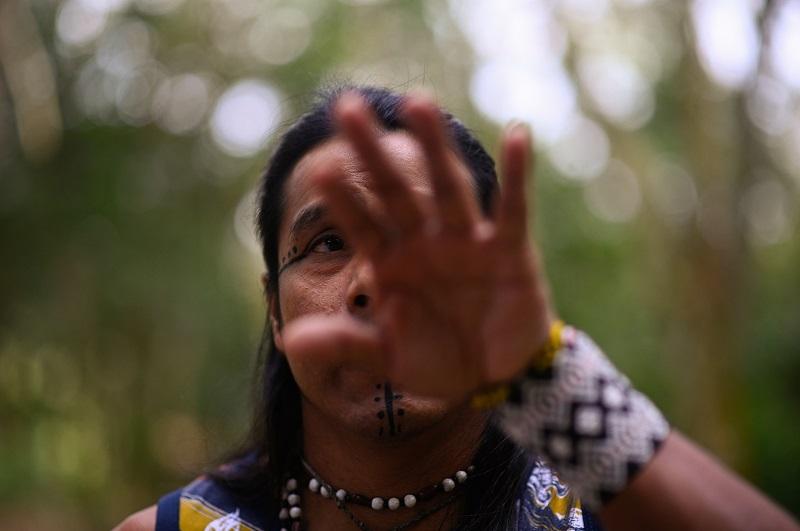 Guarani indigenous leader Vanderlei Weraxunu gestures as he speaks at the Kyringue Arandua indigenous land, in the municipality of Marica. Photo: AFP

"They cut down the forest and that caused the river to dry up," he adds, as a black- and bronze-furred monkey playfully performs acrobatics on his arms and shoulders.

South America is home to an estimated 280,000 Guarani, divided into several subgroups including the Mbya.

They have a long history of conflicts with non-native farmers, who had often forced them from their ancestral land.

After years of negotiations with the government, Weraxunu's community is now set to move in the coming months to a 50-hectare plot of public land about 35 kilometres away, donated by the municipality. 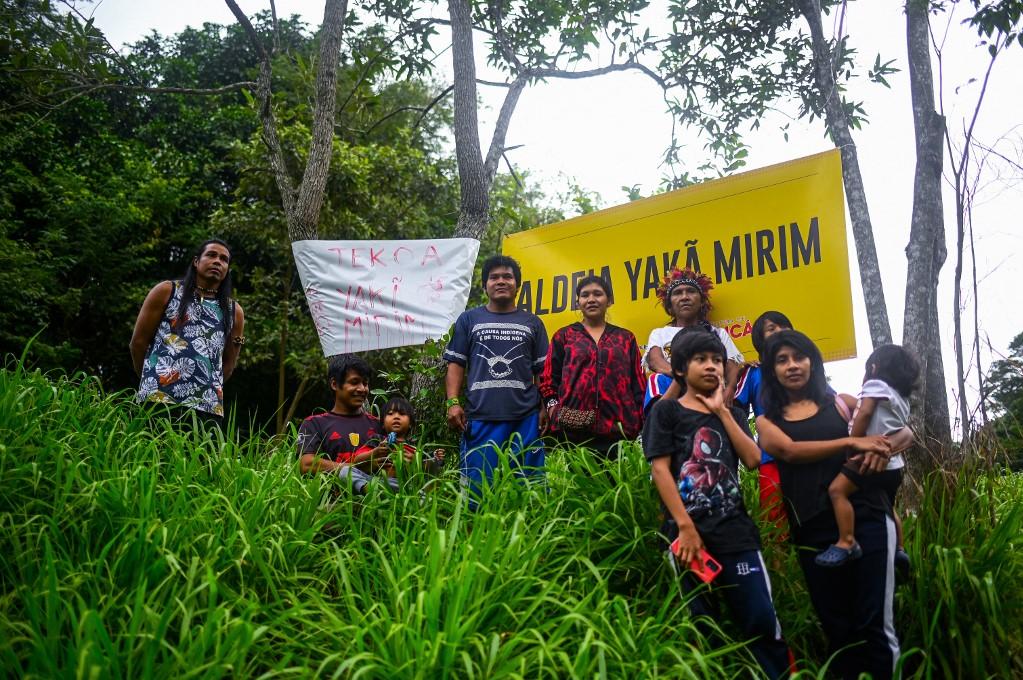 Guarani indigenous people pose for a picture during a visit to the land where they will move to. Photo: AFP

They also plan to bring back native crops such as Guarani maize, which they hold sacred, as well as bamboo for the handcrafts that are an important source of the community's income.

"Until now, we've had to bring in bamboo from other places" to make traditional baskets, says Maria Helena Jaxuka, a Guarani cacique, or chief. 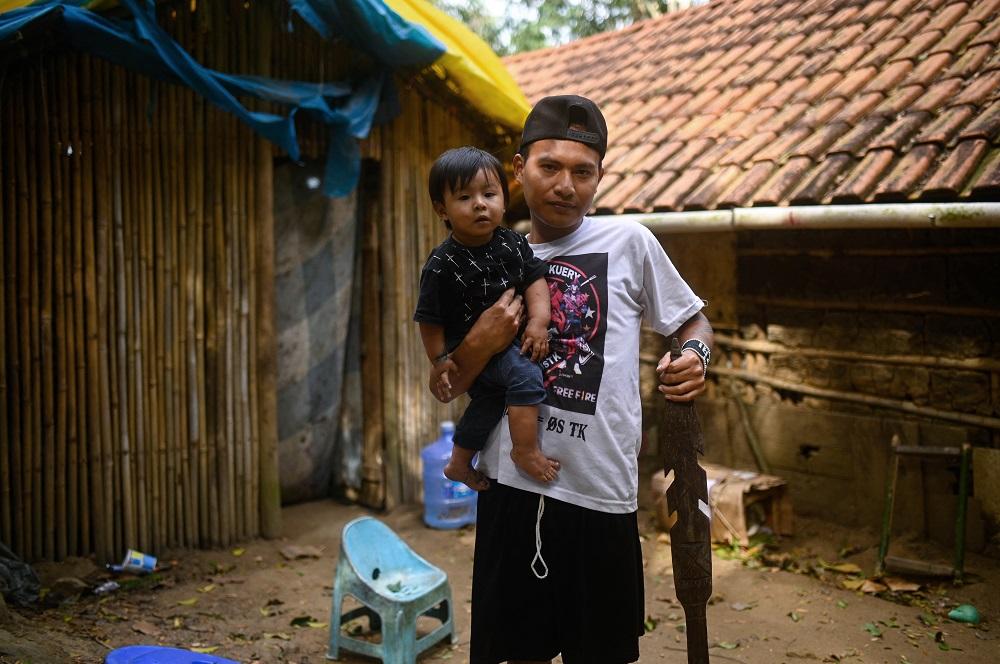 Guarani indigenous man Ed holds his son Eduard as he poses for a picture at the Kyringue Arandua indigenous land. Photo: AFP

The local government has pledged to provide houses, a school, health care and a cultural centre for the new village - plus official ownership of the land.

"It will allow us to preserve nature, as well as our culture and way of life," says Weraxunu.

"The Guarani and all indigenous peoples are the guardians of nature, which gives us life."