Fifty eight years ago, Malta witnessed the murder of Twannie Aquilina, one of the worst recorded cases of child abuse in Malta. Does the country have the right structures in place to fight off abuse?

The legacy of the murder of the century is as strange and confusing as it is upsetting. Two parents convicted of murder, two siblings washed away in the aftermath, harrowing tales of abuse but, above all, an image of a young boy in a white suit, his life extinguished before it had even begun.

Twannie Aquilina was only eight years old when he was found murdered in his Valletta home on August 23, 1960. The case shocked Malta, the murder of a child having been committed so callously and coldly by those who were meant to protect him.

The state in which the boy’s body was found was horrific and it was clear, even with the forensic methodology available at the time, that a great violence had been committed upon this child.

The discovery of deep lacerations and scratches marking the nearly decapitated body, as well as the discovery of brain matter were all given as testimony during the trial that followed.

Perhaps what stands out the most from this case is that Twannie’s parents; his mother Luiga and stepfather Emmanuel Camilleri, were found guilty of his murder. While both maintained their innocence, the bulk of the evidence, a jury of their peers and the court of public opinion certainly did not agree. Ġiġa’s daughter and Twannie’s younger sister, Carmen, also testified against the couple, although in later years she publicly recanted and called for the investigation into her brother’s murder to be reopened. 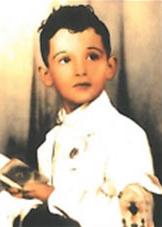 The image of Twannie in his white Holy Communion suit, the same one used on the holy pictures his mother printed and distributed of him, still captures the imagination and paints the portrait of a tragedy.

While attitudes towards children were very different in the 1960s than today’s, even by the standards of the time, many made the case that Twannie was mistreated at home.

Teachers said the boy often came with marks and bruises which he tried to hide and begged school officials not to report once they were noticed. He was also sometimes sent to school with food that was inedible, something which his classmates at school noticed and often shared their lunch with him.

During the trial it emerged that Twannie received frequent beatings from his mother and stepfather. On one such occasion, a neighbour recalls Camilleri tying the boy to a bannister to prevent him from escaping and beating him as well as burning him with lit cigarettes until he screamed.

On the third day of the trial, the Times of Malta reported that the prosecution was not even bound to establish a motive for the murder as there was enough evidence to assume that the motive behind the crime was “the hate which both accused had of young Twannie Aquilina who, in spite of the amount of housework which he used to be asked to do, was continuously ill-treated, beaten about and, on at least one occasion, literally tortured”. 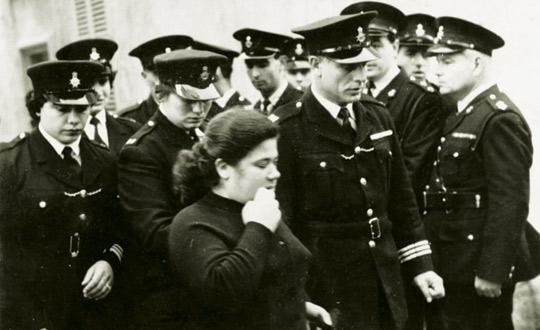 Ġiġa Camilleri who was found guilty of her son’s murder and sentenced to death (later turned into life imprisonment) under heavy police escort during her trial. Photo: Frank Attard

The thought any parent feeling such disdain for a child in their care is both appalling and abhorrent and, sadly, not an isolated incident.

“It was excessive,” says Ruth Sciberras, director of Aġenzija Appoġġ.

“Thankfully, we don't see child murder cases often, however, abroad such cases are more prolific,” she said, making reference to the case of Christopher Watts, who last week was accused of murdering his pregnant wife Shannan and their two daughters, aged three and four.

Despite facing grim cases day in day out, Aġenzija Appoġġ, which was set up in 1999, is still a robust social entity that strives to protect children in hostile situations such as the one Twannie found himself in.

“In cases of extreme violence or grievous bodily harm, the State always intervenes,” Sciberras says. “But to ensure that we can get to as many cases as we can, we have liaisons in every State hospital. Our social workers communicate directly with senior pediatricians, who alert us to potential cases as soon as possible. There is a lot of synergy between departments.”

As the central national agency that cares for children and family in need, the aim has always been to help and improve lives through professional care and specialised social services. Social care, however, does not come with a one-size-fits-all solution.

“The social worker formulates a care plan for every case assigned,” Sciberras says.

“If a child needs to be removed from a home or requires psychological help, the social worker oversees all of that. At the end of the day we want to ensure that we can determine and provide the best quality of life for the child. We understand that sometimes parents have their own problems and we provide support for the family unit to heal and grow together. Some adults face multiple problems, perhaps even experience abuse themselves or have had no role models on which to emulate healthy behaviour as parents.” 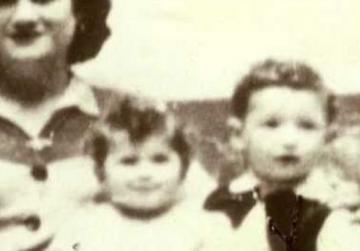 Pauline Miceli, the Commissioner for Children, echoes these concerns.

“Parents generally fear loss of control when it comes to correcting unacceptable behaviour and have only their own family upbringing to model their parenting skills on. We also need to move away from the concept of parental authority which treats children as personal belongings rather than human beings in their own right. Children need to be listened to, treated with dignity and decisions should always be taken in their best interest,” says Miceli.

“Every case is a delicate process. Sometimes families in our care work through their issues with support and the family can be reunited. But sometimes it is simply not in the interest of the child to go back. We always work for the best interest of the child,” adds Sciberras.

Nowadays, children may receive better protection as the field of social care acquires more depth. The new Children’s Protection Bill, which is currently in public consultation, is set to expand the rights of children even further and enshrine into law a number of existing practices. With Aġenzija Appoġġ seeing its own powers expanded to see investigations into abuse happening more swiftly, we are a far cry from the days where beatings were an everyday occurrence in the lives of some children.

“We look forward to the enactment of the long-awaited new Child Protection Bill which should reflect better the voice of the child,” the commissioner says.

“The fight to end all forms of violence on children is an ongoing one. Although we are more sensitive to physical and emotional abuse, we are still far from achieving the culture change required to make parenting a more positive experience especially when it comes to disciplining children. Physical abuse may not be as common or brutal nowadays, but verbal and emotional abuse is still rife.”

Twannie Aquilina’s life was over before it scarcely had begun, and the tragic circumstances around his death make it hard to remember him as a child who had suffered for a long time with no outside interventions. His life leaves no legacy to those who knew and loved him, he is remembered only by the circumstances of his death. Even 58 years later, some children are no less at risk.