Serbian and Macedonian nationals are calling on the authorities to rethink keeping the two Balkan nations off Malta’s amber list, saying they cannot reunite with their families because of the restrictions.

There are 50 countries on the list, which enables travel to Malta without the need to quarantine upon return but Serbia and North Macedonia have repeatedly been left out.

The decision has prompted thousands of those living and working here to set up a petition to argue their point. Almost 4,000 people have signed the appeal since it was set up.

“With more than 15,000 Macedonians and Serbians working and living in Malta we are requesting the government to put North Macedonia and Serbia on the Amber list,” the petition says.

It goes on to argue it is “nonsense” to keep the two countries off the list “when the number of COVID-19 infections is extremely low”.

Travel from countries that are not on the Amber list is not permitted, unless travellers have spent at least the previous 14 days in an Amber list country before reaching Malta. Exceptions are made for Maltese nationals who have obtained prior written permission from the Superintendence of Public Health.

Other countries, such as Italy, Germany and Spain have been on Malta’s Amber list for months, despite having case rates higher than those of both Serbia and North Macedonia.

While case rates are low, the two countries are vaccinating people at a significantly slower pace than Malta, where over 74 per cent of adults have been given at least one dose. 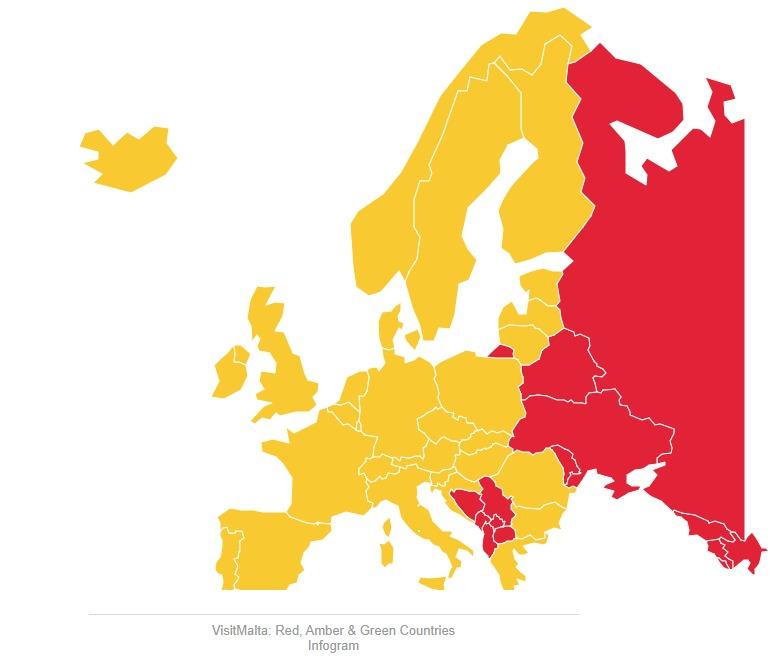 In Serbia, this figure stands at around 38 per cent while in North Macedonia this is even lower at just over 11 per cent.

Serbian Aleksandar Cupeljic said he has been living in Malta for four years but he “can’t stand this discrimination” anymore.

And En Kej, from North Macedonia,  said there is a “big number” of Macedonians and Serbians who work and live in Malta and who are “contributing for the country in their own way”.

“The situation is now better than ever and it’s fair to open up towards Macedonia and Serbia,” he said.

Many of those signing the petition echoed Kej’s concerns, saying the restrictions were keeping them from reuniting with their families.

But Malta's public health chief Charmaine Gauci noted that neither country was on an EU Council list of countries recommended for exemptions from travel restrictions.

"Malta carries out an assessment on the epidemic situation in different countries on a regular basis.  Up to the last assessment, despite improvements in recent weeks, the infection rate in both Serbia and North Macedonia are still at a higher level than what we would consider for the amber list," she told Times of Malta.

"For this purpose, both Serbia and North Macedonia are still on the red list."

Prime Minister Robert Abela spoke similarly, saying decisions about which travel restrictions "are not arbitrary, but based on scientific factors."

Answering questions from the media, Abela said that criteria for the green and amber lists were drawn up by the Superintendent of Public Health and that the exclusion of Serbia and North Macedonia was not arbitrary.

“We have always based these on scientific criteria; the rate of infection, genome sequencing tests, positivity rates and vaccination rates, these are objective facts,” Abela said.

“It is up to the discretion of the public health team to evaluate all the criteria and come to a decison, ultimately to protect our health.”

“Let us not run before we can walk and risk ruining what we have managed to achieve. We must be cautious, not over-cautious, but come to a decision at the appropriate time.”