That was the message from Finance Minister Clyde Caruana on Friday as he outlined the government's four-year strategy to save the national airline.

Here are seven of the key changes:

Air Malta will take to the skies by summer with a much lighter staff load. Its boss David Curmi said an exercise comparing operating costs with other airlines showed it was overstaffed. By the summer, the workforce will be slashed from 890 to between 420-430, to save €15 million a year. A voluntary employee transfer scheme will open up on Monday and will run until January 28. At that point, mandatory job cuts will be made.

When he took on the job in 2021, Curmi said he slashed all unprofitable routes. This saved €40m by dropping the number of routes from 40 to 20. These included Malaga, Ibiza, Cagliari, Casablanca and Bucharest. The route network is likely to be revamped further, ending unprofitable flights to other destinations.

Air Malta will focus on Europe and scrap plans, by former Tourism Minister Konrad Mizzi, for long-haul flights to the US and Asia. The airline had planned to buy two new long-haul planes but has already renegotiated with Airbus to change the contract to three planes suitable for short-haul flights.

Ultimately, Air Malta wants to become a European network carrier, which would mean it would create a base abroad and fly within other countries, such as intra Italy flights. This would mean changes to the present collective agreement that stipulates crew leave from Malta and return to Malta.

Air Malta's distinctive colourful aircraft livery will change. The brand will soon sport a cheaper design that will be mostly white with just a red and blue tail.

Air Malta will offer itself to businesses like football clubs and film companies as a charter service to utilise the fleet better in the shoulder months. A grounded plane is very expensive for an airline and while Air Malta needs eight planes in the summer, in winter it needs half that amount Curmi said. Operating charter flights is one solution to this. Last year this side of the business earned €3.9 million.

As well as no longer handling baggage operations, and operating from different bases outside of Malta, the cabin crew and pilots will see changes to their flying hours. Their conditions will be brought in line with other airlines, where pay is linked to how much time you spend flying. 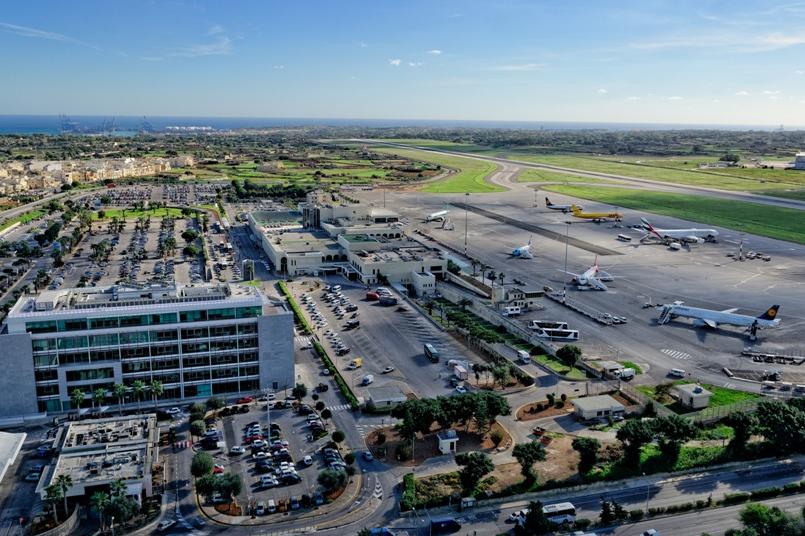