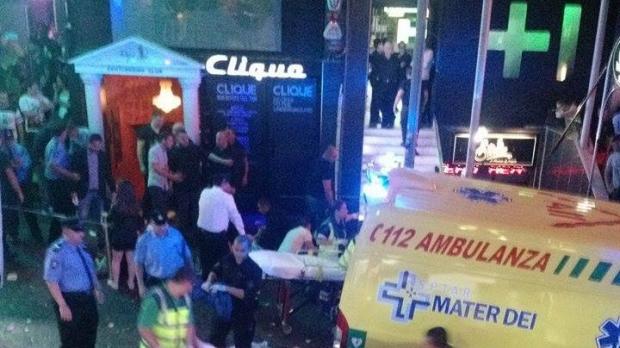 Seventy-four young people were injured in an incident at +1 club in Paceville last night when a glass banister collapsed under the pressure of scores of people who were trying to leave all at once down a staircase.

Two girls were critically injured and another six were kept in hospital for further treatment. 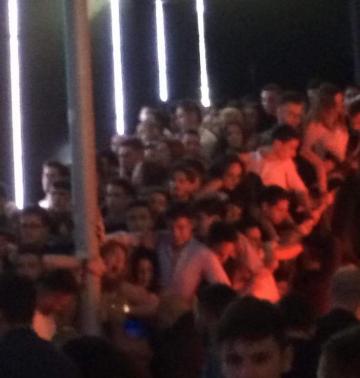 Several complained  of having difficulty in breathing and a situation akin to a stampede developed.

Parliamentary Secretary Chris Fearne praised the medical teams for their work He said 42 injured people were seen at Mater Dei and the rest at Paola, Mosta and Floriana Health Centres.  A 13-year-old girl is in critical condition., having suffered a head injury. A 15-year-old girl is also critical. She suffered foot injuries.

21 ambulance trips were made. The age of the patients varies from 13 to 25. Five were under 16 years old.

The hospital has set up accident helpline 25454288. Most of those injured were suffering from a shortness of breath and lacerations.

The incident happened at about 12.30am.

MUSCAT: CONCERN ABOUT PRESENCE OF CHILDREN, GOVERNMENT TO ACT

Prime Minister Joseph Muscat in a comment expressed his regret and concern about what had happened.

“The fact that there were so many children – because that is what they are – in a nightclub when we have clear laws is something that concerns me and angers me. The government will take all necessary measures to ensure that this sort of thing doesn’t happen again,” he said.

Opposition leader Simon Busuttil said he was worried about the level of security in Paceville.

“I am a father and my eldest son frequents Paceville. I cannot sleep easy knowing the level of safety in the area,” he said.

Dr Busuttil was speaking during a radio interview and said violent incidents in Paceville had become so frequent that they no longer shocked people.

“We need higher standards in nightclubs and places of entertainment. We also need increased safety on the streets of Paceville,” he said.

Dr Busuttil also questioned why underage youths were among those injured last night.

“Why was there a 13 year old in a nightclub at that time of night? Who will be responsible for this,” he said. 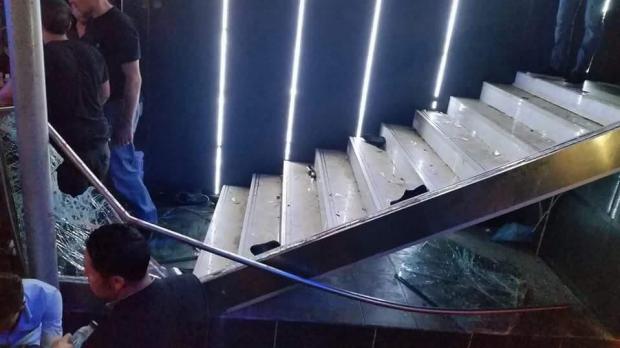 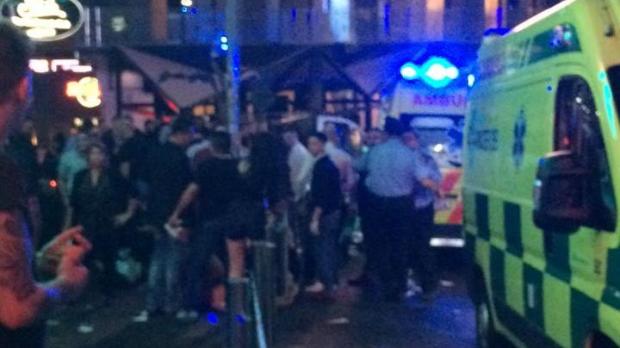