A friend request from a beautiful woman pops up on Facebook, quickly followed by a line like “Hey handsome. Want to video chat?”

It might seem like an offer too good to refuse, but for many Maltese men this is the start of a nightmare that costs them thousands of euros and could risk their marriage.

The cases of ‘sextortion’ make up the bulk of the 120 reports of sexual images of Maltese being shared without their consent that have been investigated by the police in the past year and a half.

Police sources told The Sunday Times of Malta that they had been dealing with ‘sexploitation’ cases for the past few years, with reports of an Africa-based criminal ring targeting Maltese Facebook users.

They said that at the start of this relatively new crime, the number of reports being received amounted to around two every month. This, however, had now escalated to that many every week as more and more men fall prey to the scammers.

“The men who come forward with these reports are devastated. They are faced with two options: paying up sums that they can’t afford, or having a sexual video of them shared with their friends and family all over social media,” the sources said.

The scam is not exclusive to Malta. The police sources said their international counterparts had told them how criminals, believed to be based in Africa and Eastern Europe, demanded as much as €5,000 after their prey stripped in front of a webcam.

They are faced with two options: paying up sums that they can’t afford, or having a sexual video of them shared with their friends and family all over social media

The sources explained how the blackmailers coax their victims in with a friend request from a beautiful woman, often given a fake Maltese surname.

Once the request is accepted the scammers are quick to invite their prey for what they believe is a real-time video chat but is actually a pre-recorded hoax.

“Once this video has seduced the target by revealing some skin, it’s their turn to take their clothes off, and that’s when they’ve got them,” the sources said.

Victims have shown police investigators messages received from the scammers in which they threaten to spread a recording of the staged sexual video chat among their friends.

In a bid to raise awareness, the police have launched a video on the new form of blackmail and how to avoid it.

However, the sheer number of victims one perpetrator can ‘sexploit’, coupled with the fact that perpetrators can be thousands of miles away, makes it especially difficult for police to stem the tide of sexploitation cases. 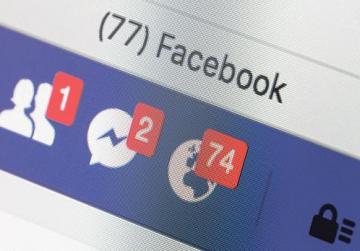 They said the rest of the cases they investigated were of images and videos recorded consensually but shared without permission.

Earlier this year this newspaper reported how the number of people investigated for sharing photos and sex videos of Maltese people without their consent had doubled.

The website was eventually taken down after the police received a number of reports and complaints from the women, many of whom had no idea how the images had landed online.

Sharing such images without consent is illegal, and from time to time, the abuse comes to the fore.

Earlier this year, a video of a woman engaged in a sex act with her partner spread through messaging apps, even prompting Prime Minister Joseph Muscat to promise the woman justice. This newspaper could not establish what had come of this investigation.

Police have launched a crackdown on the phenomenon as it spreads to schools.

The Sunday Times of Malta has learnt that police have received nearly 50 reports of such cases involving minors since 2016.

The sources said that in many of the cases, the photos were of school-aged children, some in Form Two – as young as 12.

The situation became more serious when sexually explicit images of minors ended up in the possession of adults.

The police sources said some of them had made their way to international pornography websites in recent months.

These, they were quick to add, were removed after they were brought to the attention of the police.